Despite significant changes in... 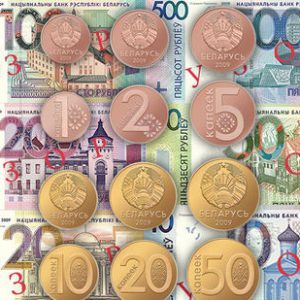 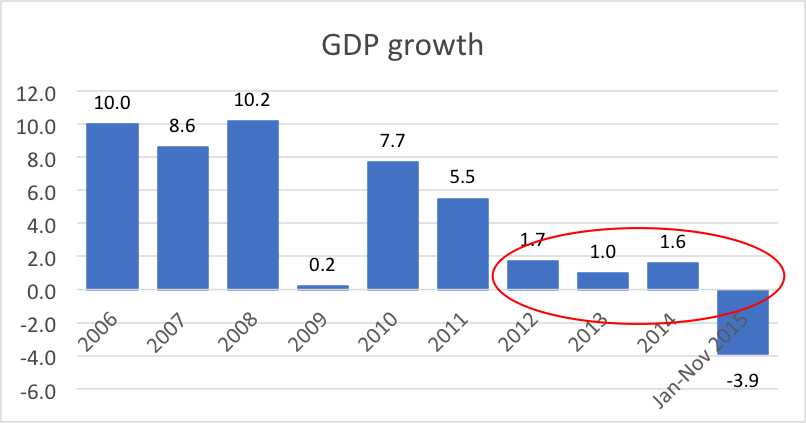 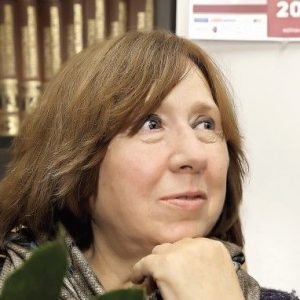 Summing up the results and achievements of 2015, Belarusian TV proudly mentioned the Nobel Prize in literature, awarded to a Belarusian author, Sviatlana Alexievich. Although several other Nobel laureates in the past had Belarusian roots, Alexievich's award was the first one for a Belarusian citizen.

The Nobel Prize for Alexievich generated mixed responses in the Belarusian society, yet at the same time it also boosted the feelings of national pride among the ordinary Belarusians. On a different level, it improved the international image of the country, suffering from the stereotype of the “last dictatorship in Europe.”

Surprisingly, the coverage of the Nobel Prize by the leading Belarusian media seemed very concise, neutral, and distanced. The personality of Alexievich and her opinionated positions are inconvenient for the current Belarusian political regime and the state-run newspapers and TV channels downplayed the significance of the award, yet they could not ignore it altogether.

Winners and Losers of October 2015

The announcement of the Nobel Prize winners in 2015 coincided with the presidential electoral campaign in Belarus. Given the low-profile of this year’s elections and a lack of a united opposition candidate, the current incumbent, Aliaksandr Lukashenka, anticipated an easy and sweeping victory.

While the previous elections in 2010 ended in the scenes of violence on the streets of Minsk, in 2015 it was the Nobel Prize that shattered Lukashenka’s expectations of another unchallenged triumph. Even though Alexievich does not belong to the official opposition, she openly stated her criticism of Lukashenka and his rule on several occasions. Her Nobel Prize drew more attention to the problematic character of the Belarusian regime, stealing the spotlight from the presidential show. 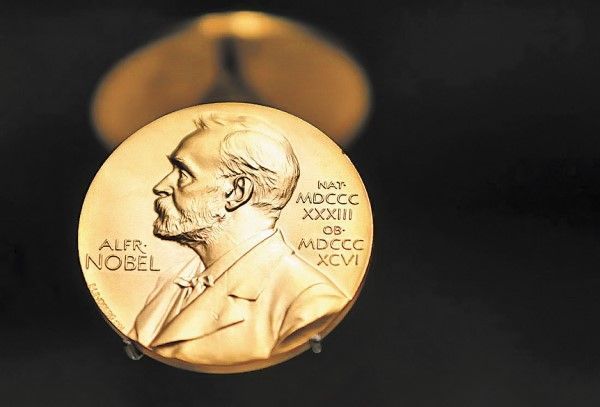 The leading state Belarusian media demonstrated a reserved approach to the Nobel Prize. The article on Alexievich's first press-conference in one of largest the official newspapers, Belarus Segodnia, pointed out the immense interest of domestic and foreign journalists to this event.

However, it failed to provide the full coverage of the press-conference itself, which took place in the tiny office spaces of the independent newspaper Naša Niva. Instead, Belarus Segodnia was carefully avoiding any statements, which could appear too controversial.

Belarus Segodnia presented Alexievich as a an “artist, who deals with the global issues of the human existence” and “is not afraid to express her thoughts,” often provoking conflict situations within the so-called “pseudoliterary cultural milieus.”

At the same time, the newspaper stressed her Belarusianness and historical meaning of the award, pointing out Alexievich's “territory of inner freedom” and alienation from the “pro-governmental establishment.”

Belarusian TV reported the news of the Nobel Prize in a more concise manner. Despite the fact that Alexievich lives in Minsk and seemed easily accessible for interviews and commentaries, the state media did not attempt to offer her appearance on the TV screens. Instead, the First Belarusian TV channel simply used a quote of the president Lukashenka's official congratulation statement.

“The Word to the Laureate”

The main events of the Nobel Week in Stockholm included a lecture on 7 December and the award ceremony on 10 December. Neither were broadcast in full by the Belarusian official media that continued with a selective and limited coverage.

On 8 December, a short note entitled “The Word to the Laureate” appeared in Belarus Segodnia. Contrary to the title, Alexievich did not actually get to speak to the audience of the newspaper. Instead, the note contained basic information on the award ceremony and the financial value of the prize.

Belarus Segodnia also published some excerpts from Alexievich's Nobel lecture, acknowledging that the scale of her achievement would in the end benefit the global image of Belarus. An unsigned editorial commentary concluded that she “was not willing to follow the lead of so-called “pseudodemocrats,” implying the lack of references to the opposition slogans in her lecture. 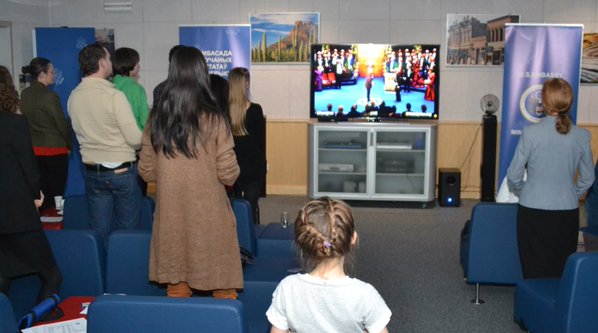 Belarusian TV channels did not plan to organise a live broadcast of the award ceremony on 10 December. Belteleradiocompany explained this decision by a vague reference to "organizational, technical, financial, and legal aspects." Instead, the Nobel Prize events, general reports on all winners, and information on the protocol procedures sporadically appeared in the news, yet failed to become the main theme.

Described as the winner of “one of the most grandiose and important awards in the world,” Alexievich on Belarusian TV received only a brief praise for depicting “the real price of a heroic deed” and the “other side of the war, which completely transforms human beings.” No further commentaries on her writing followed. Otherwise, they might have revealed that Alexievich's focus on the brutality and inhumanity of the war conflicting with the officially promoted glorified suffering and heroism.

Belarusian civil society responded to the meagre coverage of the Nobel Prize in the official media with a spontaneous grass-roots initiative Nobel Razam (Nobel Together). Originating in the social networks, a flashmob campaign #nobelrazam encouraged people to organise public viewing of the Nobel Week events in Stockholm.

Social media users shared information and Youtube links for the Nobel lecture and the award ceremony online. Alexievich also received a warm welcome from her fans and readers at the Minsk International Airport, when she returned to Belarus on 15 December. None of the state officials showed up to greet the Nobel Prize winner on the Belarusian soil. Belarusian Ministry of Culture congratulated her only with a telegram.

The Nobel Prize made it impossible for the official Belarusian media to ignore Alexievich, providing her with a protection against scornful attacks. They proudly acknowledged her achievements, yet at the same time attempted to place the inconvenient prize winner into shadows. However, in this instance, Belarusian society proved to be worthy of its Nobel laureate, treating her with the appropriate recognition and respect.