Belarus’s recent regression in the human rights field has failed to visibly affect the intensity of its contacts with Europe. However, European governments seem to have taken note of the criticism they received for their initially meek reaction and have been voicing their concerns both publicly and (more often) privately.

Lukashenka’s ‘indiscriminate and inappropriate’ reaction to dissent may have affected the chances of Ambassador Alena Kupchyna to become the next OSCE head. Nevertheless, her personal qualities and professional qualifications may still play in her favour.

Ukraine’s security concerns and Belarus’s economic interests have finally led to an overdue meeting between the two countries' presidents. Both leaders appear to be satisfied with the outcome of this encounter, which was held in an unorthodox format.

The harsh suppression of popular protests in the country by the Belarusian authorities has seemingly failed to affect the dynamics of Belarus’s relations with Europe. Regular contacts between Belarusian and European officials, which continued despite active repression, continued unabated in April.

After 25 March, when over 700 peaceful protesters were detained in Minsk, Belarusian senior diplomats held political consultations with their counterparts from Latvia in Riga, Norway in Oslo, and Estonia in Minsk. Meanwhile, the country’s puppet parliament received parliamentary delegations from Poland and Estonia.

On 31 March, the Belarusian foreign ministry held the second round of trade dialogue with a delegation from the European Commission. Two weeks later, in Minsk, the Belarusian government negotiated the development of business ties with Kai Mykkänen, Finland’s Minister for Foreign Trade and Development. 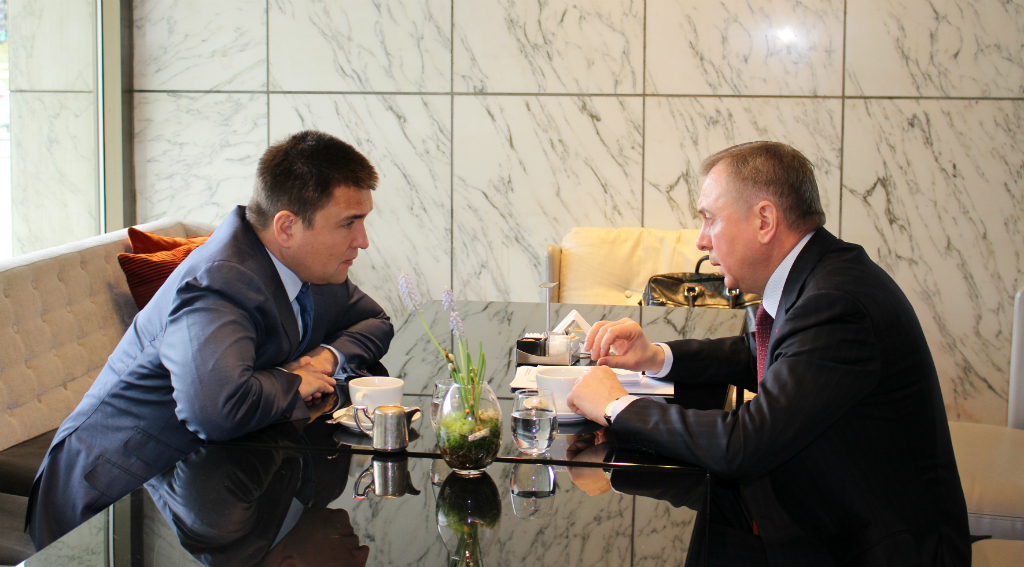 Foreign minister Vladimir Makei attended a meeting of foreign ministers of Eastern Partnership countries and the Visegrad Group on 12 April. Makei took advantage of the event in Warsaw to hold formal meetings with his counterparts from Croatia, Romania, and Ukraine, as well as European commissioner Johannes Hahn.

Probably the most significant event for Belarus’s relations with Europe during this period was the third meeting of the Belarus-EU Coordination Group held on 3-4 April. Thomas Mayr-Harting, Managing Director for Europe and Central Asia of the European External Action Service, led the EU delegation to Minsk.

The delegation apparently took note of the widespread criticism of the EU’s feeble reaction to recent developments in Belarus. Its post-meeting press release stressed that ‘the actions applied by the authorities… were indiscriminate and inappropriate and… in contradiction with Belarus' stated policy of democratisation and its international commitments’.

Belarusian diplomats admit in private conversations that, while their European partners show no intention of scaling down bilateral dialogue, they have become highly critical of the recent relapse of the Belarusian authorities. As Alexander Lukashenka confirmed it in his recent address to the parliament. ‘Makei is already afraid to go to [the West]. He's been taken down a notch all over… Wherever he goes, he gets snubbed’, he complained.

Belarus’s ambitions at the OSCE

Senior officials at Belarus’s foreign ministry, as well as the country’s ambassadors, have been striving to enlist the support of their foreign partners for the candidacy of Ambassador Alena Kupchyna to the position of the OSCE Secretary General.

In the race for the Organisation’s top position, Kupchyna is competing with former foreign minister of Finland Ilkka Kanerva, Czech politician and former European Commissioner Štefan Füle, and former Swiss ambassador to the OSCE Thomas Greminger.

The appointment requires the consensus of all 57 member states. This means that in order to get the post, a candidate should not necessarily be the most popular generally, but rather the least objectionable to the most influential member states.

Thus, Füle’s candidacy has a serious handicap, as he remains on Russia’s travel ‘black list’ in connection with his activities as the European commissioner. Meanwhile, Moscow has formally endorsed Kupchyna’s candidacy. 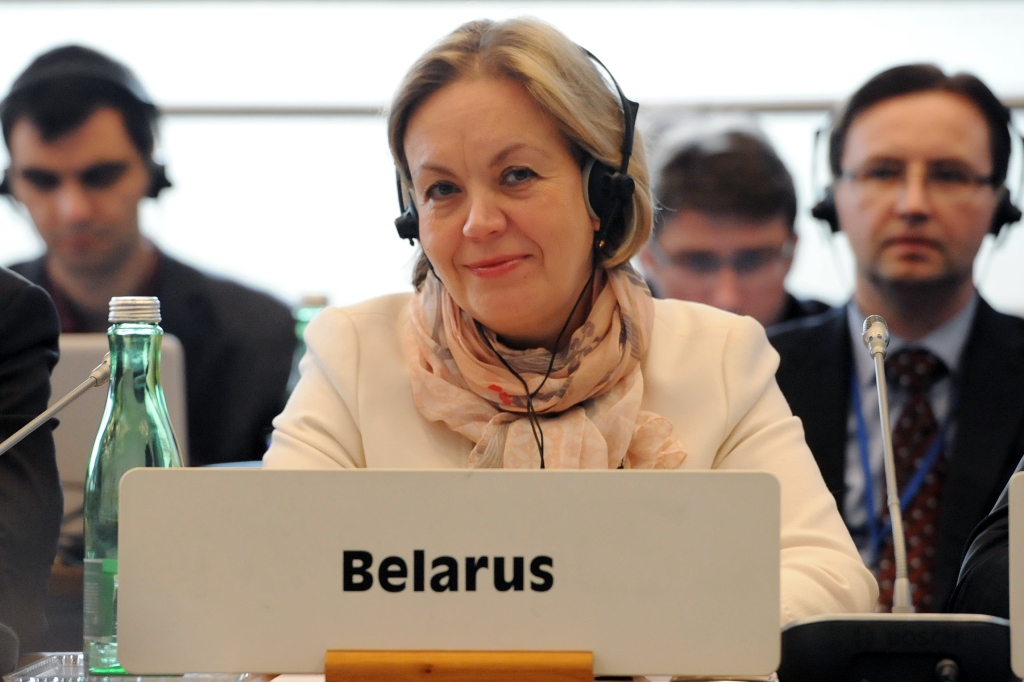 Kupchyna, now Belarus’s permanent representative to the OSCE, made a lot of friends in Europe (especially in its Eastern, Central, and Southern parts) during her tenure as deputy foreign minister in 2012 – 2016. Her European colleagues know her as a democratically-minded person and a strong proponent of closer ties between Belarus and Europe.

Moreover, Ambassador Kupchyna’s gender may be an advantage over all other candidates. Many European governments attach importance to greater representation of women in top international positions.

However, recent actions of the Belarusian government have dealt a definite blow to Kupchyna’s chances. The harsh response to the protests has interrupted the positive dynamics in the evolution of Belarus’s image in Europe.

Nevertheless, all is not yet lost for the Belarusian candidate. Other important posts need to be filled, and Kupchyna may become a part to a package agreement. A decision is expected by late May – early June.

‘Kyiv-Minsk, an axis of goodness’

The leaders of Belarus and Ukraine have finally found a suitable pretext and format for meeting. This will be their first meeting since the Ukrainian president’s trip to Belarus in February 2015 for the summit that would result in the Minsk-II agreements

On 26 April, Alexander Lukashenka and Petro Poroshenko met at the site of Chernobyl NPP to commemorate those who died in the Chernobyl disaster. Then, they went over the border to the village of Liaskavichy in Belarus for a working meeting.

Lukashenka’s recent statements about Ukraine as a source of militants and weapons threatening Belarus’s security have created a negative backdrop for the two leaders’ meeting.

However, Ukrainian politicians seem to understand that these claims were made largely for internal consumption. Their resentment over Belarus’s vote at the UN against the Ukrainian resolution on Crimea has also become a thing of the past. 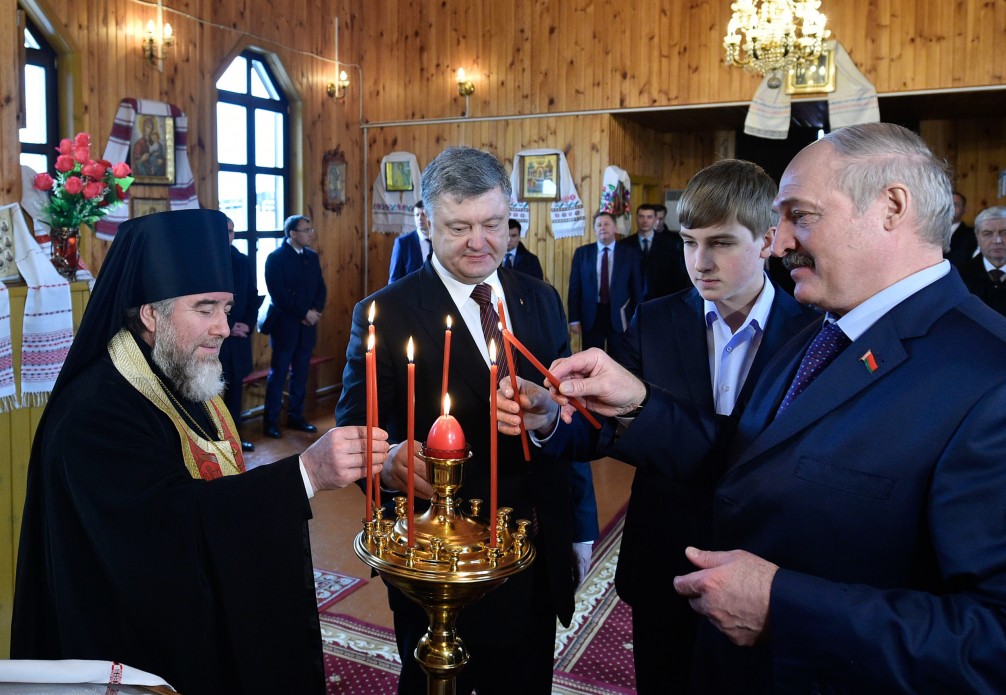 Poroshenko sought reassurance from his Belarusian counterpart about Belarus’s continued neutrality in Ukraine’s conflict with Russia – and apparently succeeded. ‘I received a firm affirmation and assurances from the President of Belarus: no one will ever be able to involve Belarus in a war against Ukraine’, the Ukrainian leader said. ‘We are kindred’, Lukashenka confirmed.

Lukashenka’s main interest in the meeting was to support the positive trend in the trade with Ukraine, which grew by 10.5% last year to attain $3.83bn, after falling three years in a row. In January-February 2017, the growth was even more spectacular – 29%. Ukraine remains Belarus’s second-largest trading partner, and Belarus is on the fourth place in Ukraine’s list.

Belarus agreed to consider buying electric energy from Ukraine and plans to increase its supplies of oil products to this country. The two countries will also seek greater localisation of assembly of Belarusian machinery in Ukraine. Lukashenka and Poroshenko agreed to meet in Kyiv this summer to finalise several issues under discussion.

While Poroshenko called Russia (indirectly) a ‘demon’, Lukashenka carefully avoided taking sides in the conflict between Belarus’s two neighbours. Nevertheless, he clearly has no intention of sacrificing his country’s economic and security interests just to soothe Russian prejudices against Ukraine.