In the recent months, the issue of the nuclear power plant (NPP) that Belarus is building near its border with Lithuania has been dominating bilateral relations. Lithuanian politicians are seeking to block potential exports of electric energy from Belarus.

A pan-European campaign against the Astraviec NPP

On 12 May, the Lithuanian parliament adopted a resolution calling the government to take all necessary diplomatic, legal and technical measures to halt the construction of the NPP in Astraviec. MPs want the government to prohibit Belarus from selling electric energy produced at the NPP to Lithuania as well as from using the country’s energy system and its spare capacity. 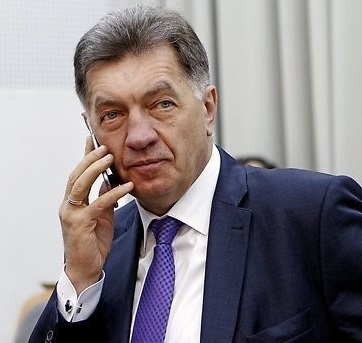 The Lithuanian legislator can hardly complain about the lack of interest to this issue in the executive branch. On 26 April, Lithuania’s Prime Minister Algirdas Butkevičius used the anniversary of Chernobyl to demand Belarus “to ensure that safety of the NPP, being built just 50 kilometres from Vilnius, be provided in strict compliance with all international requirements and recommendations”.

Lithuania’s President Dalia Grybauskaitė claimed on 22 February that safety of the Astraviec NPP should be of concern to the entire European Union.

Indeed, Lithuania launched a pan-European campaign against the Belarusian NPP. In December 2015, Rokas Masiulis, the country’s energy minister, wrote to his colleagues in neighbouring countries urging them not to buy electric energy, which will be produced by the NPPs now under construction in Belarus and Russia’s Kaliningrad region.

Estonia and Latvia halfheartedly supported Lithuania’s initiative. However, Finland refused to join in the boycott. Poland hid behind a soft diplomatic formula affirming that “energy from unsafe NPPs should not get on the market”.

On 11 May, Algirdas Butkevičius announced his intention to discuss the Astraviec NPP with Jean-Claude Juncker, the President of the European Commission. Earlier, he claimed to have the full support of Norway in this issue.

Belarus insists on its openness to dialogue 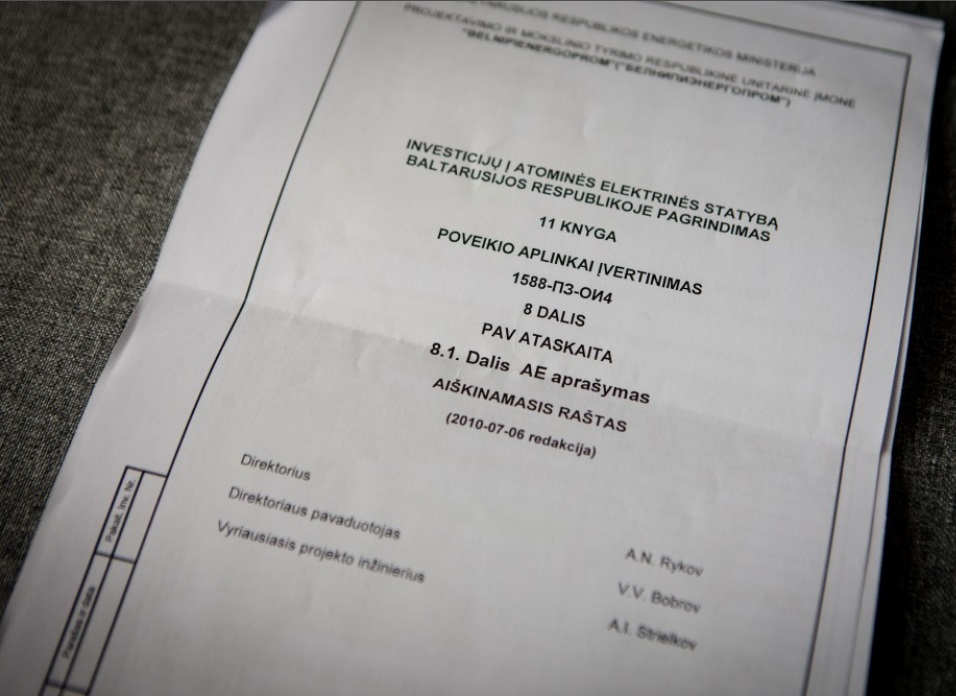 The Belarusian government maintains that it has since remedied the situation. In June 2013, Belarus submitted the final environmental impact assessment (EIA) report to Lithuania. (The Lithuanian side claims that the report was Google-translated into Lithuanian).

According to the Belarusian authorities, Lithuania failed to respond to their numerous offers to organise consultations with the public on the EIA report. Belarus then organised such public hearings in Astraviec, provided free visas and translation into Lithuanian, and invited Lithuanian journalists, representatives of civil society and officials to attend.

Minsk proposed Vilnius to create a joint body for the post-project analysis of the Astraviec NPP. It also offered to implement a joint project of the system of radiation monitoring of nuclear facilities located near the border.

According to Belarus Digest's sources, Belarusian officials claim that Lithuania has been manipulating the Espoo Convention to slow down or block activities in Belarus, which it finds undesirable for economic or political reasons. They worry that Vilnius may seek to take advantage of the Western countries' majority in the convention to pass the needed decisions.

Belarus' Deputy Energy Minister, Mikhail Mikhadziuk affirmed in a recent interview to Lithuanian media that Lithuania has been "avoiding dialogue" by consistently ignoring Belarus' attempts to establish proper channels of communication and resolve disagreements through debate. In 2010 – 2014, Belarusian government agencies sent ten written replies to their Lithuanian colleagues. Since 2011, the Belarusian government invited the Lithuanian authorities on ten occasions – once at the prime minister level – to hold expert consultations on the Astraviec NPP.

Belarus has been resisting the Lithuanian offer to establish an expert body to resolve the existing disagreements claiming that the two countries have yet not exhausted the possibilities offered by bilateral consultations.

The Lithuanian authorities maintain that their only concern over the Astraviec’s project remains the lack of safety and a negative environmental impact.

Indeed, the Astraviec NPP is being built by a Russian contractor, using Russian technology, equipment and a Russian loan. Persistent mistrust in Russian technology and safe implementation of the project by corruption-ridden contractors, which prevails in the post-Soviet space, fuels these doubts well. A recent incident at the construction site, which the Belarusian authorities chose initially to silence and even deny, only reinforced these fears.

Another reason for concern is the authoritarian nature of the Belarusian regime. The authorities failed to have a proper public debate in Belarus before taking the final decision on the project. Some fear that in absence of an independent regulator, government agencies and constructors may disregard potential shortcomings of the project to comply with Lukashenka’s instructions.

In their turn, the Belarusian authorities are convinced that the Lithuanian authorities pursue their economic and political interests under the guise of safety concerns.

Indeed, the Astraviec NPP makes the planned Visaginas NPP in Lithuania redundant. The Baltic countries have been discussing the idea of building a new NPP on the site of the closed Ignalina NPP since 2006 but few practical steps were made. Some experts see this project, which was put on hold for many years, as effectively dead.

Lithuania’s President Dalia Grybauskaitė's recent statement seems to confirm the theory of economic motives behind Lithuania’s opposition to Belarus’ project. On 22 February, she insisted that “the Astraviec NPP should not create any further obstacles neither for production of electric energy in the country nor for improving the efficiency of consumption or the synchronisation of the Baltic countries with power transmission lines of continental Europe."

Domestic policy considerations are also playing an important role in the debate. The forthcoming October 2016 parliamentary elections make the politicians from all parties to play stronger hand in "defending national interests." Even Rokas Masiulis, the Energy Minister, an opponent of the Astraviec project, called the activities of most ardent critics a “pre-election political manoeuvring”.

The Belarusian authorities are clearly concerned with the campaign launched by Lithuania against the NPP project, especially the calls for boycott of potential energy exports. However, even if this initiative enjoys wider support in the EU, it is unlikely to halt the construction of the NPP.

Belarus currently covers a significant part of its needs in electric energy by imports. The Astraviec NPP will serve to satisfy the domestic consumption. It will also allow to reduce imports of natural gas from Russia.

Some Lithuanian politician understand the importance of not overplaying the boycott card. Gediminas Kirkilas, the deputy speaker of the parliament and former prime minister of Lithuania, believes that Lithuania can now only mitigate the effects of Belarus’ decision. “Besides Astraviec, there are relations with Belarus, transit via Lithuania, the Klaipeda port”, he reminds.

Indeed, the Lithuanian authorities are hardly willing to jeopardise the numerous benefits of a wide web of trade ties between the two countries. For Lithuania, a face-saving compromising could involve much stricter environmental safety procedures and a mutually profitable arrangement for energy trade.