Lukashenka and Putin agreed to resolve all critical problems in bilateral relations, including the oil and gas dispute. Belarus realises its largest ever investment project abroad – a potash plant in Turkmenistan.

The official media resoundingly condemns protests against the 'social parasite tax'. Lukashenka approves the creation of a public security monitoring system in Belarus.

Lukashenka and Putin agree to resolve all critical problems in bilateral relations. The leaders of the two countries met in St. Petersburg on 3 April, writes Zviazda. According to Putin, both sides agreed to settle the oil and gas dispute within 10 days. They have been able to reach a compromise and are offering mutual concessions for the 2017-2019 period. Russia has also agreed to refinance Belarus's existing debt to the Russian Federation, promising to re-examine the ban on Belarusian food exports to Russia. Lukashenka, however, informed the public that: 'we did not start talks with oil and gas issues. The main focus was the security of our states… We agreed on cooperation in security'. 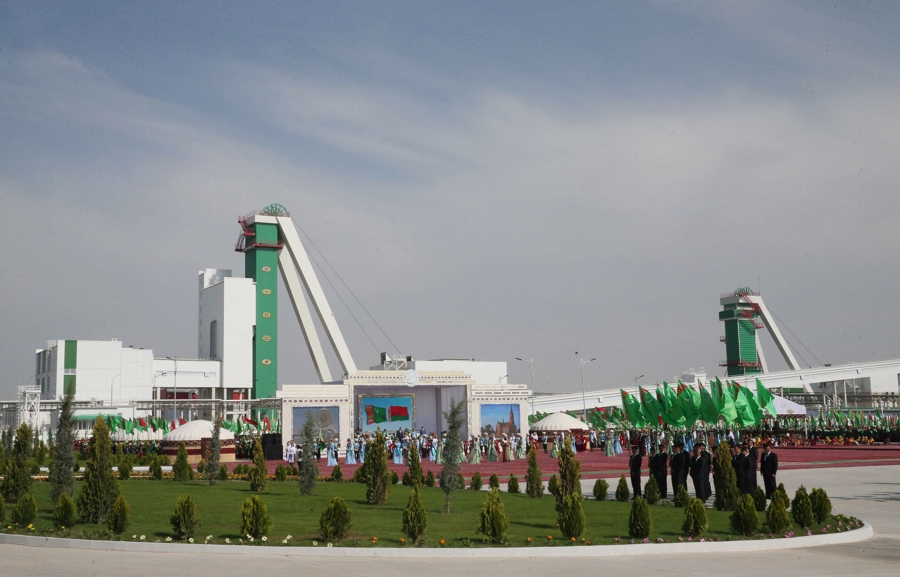 Belarus completes its largest investment project abroad. Lukashenka visited Turkmenistan on 30 March for the inauguration of the Garlyk mining and processing plant, which will produce potash fertiliser. The project was fully realised by Belarusian specialists and became the largest project of its kind ever completed abroad by Belarus. According to Lukashenka, Belarus has demonstrated to the world that it can do anything; this is because Belarus has not squandered the powerful scientific and technological potential it inherited from the USSR. The plant is expected to produce 1.5m tonnes of potash annually and become one of the world’s largest exporters.

Major media holding Belarus Segodnia published a variety of material criticising the activities of the opposition during the 'social parasite tax' protests and Freedom Day celebration on 25 March. It wrote that the demonstrations were illegal and Minsk residents should not get caught up in provocation; Belarusians should instead attend other cultural and sporting events held on the same day.

The journalists emphasised the professionalism of riot police and accused the organisers of the demonstrations of fabricating footage for the world media rather than discussing public problems. The newspaper published numerous 'letters to the editor' condemning the protests. It also interviewed several refugees from the Donbass residing in Belarus, who argued that Belarusians should value the peace and stability in their country and not engage in protests.

There will be no colour revolution in Belarus. Colour revolutions stem from foreign interference in the form of various non-governmental foundations and non-profit organisations, writes Narodnaja Hazieta. In such countries, governments themselves were highly dependent on foreign aid. In Belarus, however, the situation is fundamentally different. The democratically elected president was quick to restrict the operations of such organisations.

The state has also managed to maintain control of the media and humanitarian sectors from the get go. A whole generation of Belarusians has been raised in a country without a massive influx of imported political values. The established social contract between the state and society has created a powerful social base which supports the authorities. The Belarusian economy, although experiencing transitional difficulties, can hardly be called weak, due to its industrial giants and booming IT sector.

Lukashenka approves the creation of a public security monitoring system in Belarus. Such systems operate in many countries, where they have already proved their effectiveness, writes Belarus Segodnia. The introduction of automated processes of threat detection and data analysis will significantly increase the level of public security. In addition, the system will go a long ways towards reducing the amount of workers and resources involved in relevant areas, thus optimising the structure of state bodies. According to Interior Minister Ihar Šunievič, video surveillance will be installed in 2,000-4,000 places within a year or two. For private businesses and citizens, this will certainly not be an imposition, but rather an opportunity. 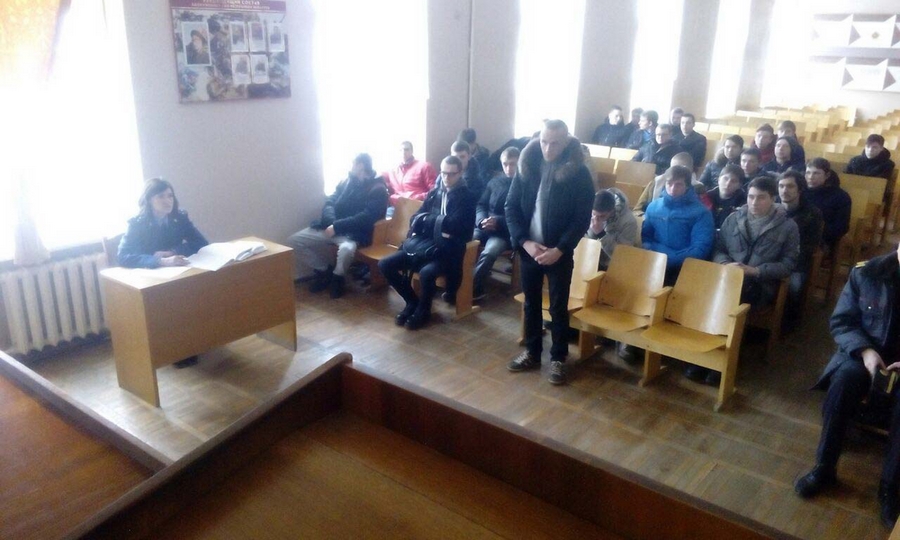 Number of young men attempting to dodge the draft grows in Mahilioŭ Region. According to the regional prosecutor's office, this trend can be explained by inadequate military and patriotic education for youth, reports Belarus Segodnia.

Some districts provide such education on paper only. Others do not organise meetings between military officers and young people at all, and schoolchildren never visit military bases. Many schools lack the facilities for pre-army training, such as shooting ranges, training camps, arms models, and more. On top of that, police and military conscription offices often fail to pursue conscripts who do not declare themselves following personal notification, and military bodies do not cooperate enough with the police.

Belarus tractor producers continue to face difficulties. Despite the fact that the Belarusian tractor giant MTZ held 80% of the Russia market in 2012, in 2016 it only managed to retain around 40%, reports Sielskaja Hazieta. Since 2013, Russian producers have developed rapidly, tripling production by 2016.

For this reason, Belarus is trying to mitigate its dependence on the Russian market – an endeavour president Alexander Lukashenka is personally involved in. For example, after his visit to Pakistan in 2016, the country purchased 25% more Belarusian tractors than it had in 2015. Despite these difficulties, MTZ hopes to increase sales and has recently presented its products in the UK.

Eurasian Economic Union recovers from economic recession. Zviazda interviewed the Minister for Integration and Macroeconomics of the Eurasian Economic Commission, Tatiana Volovaya. In 2016 the GDP of the EEU decreased by only 0.1% – much better than the 2.3% drop in 2015. Moreover, the GDPs of Armenia, Kazakhstan, and Kyrgyzstan have grown.

Trade within the EEU has grown since January 2016 and was 38% higher in January 2017. The Eurasian Economic Commission predicts 0.9% growth in the EEU in 2017. It expects the positive trend to continue in 2018-2019. As for Belarus, it shows the highest potential in metallurgy, machine building, the chemical industry, and logistical services.