A palpable liberalisation is evident in the Belarusian state press with regard to politics and the economy in a context of threatening moves from Russia.

A major official newspaper writes about an opposition-led protest in a neutral tone for the first time in decades. Lukashenka meets with the chief editor of the oppositional newspaper Narodnaja Volia.

Mass protests in Minsk call for abolition of the 'parasite tax'. An unsanctioned protest by Belarusians demanding that Decree No. 3 be abolished was held in Minsk, writes Belarus Segodnia. Participants gathered on Kastryčnickaja Square and marched along Independence Avenue to the headquarters of the Tax Ministry, where they made their demands known to the authorities. The march ended with the burning of tax notices. No incidents took place during the protest.

Belarus Segodnia republished this news from the state-funded Belta news agency, making the story the first time in decades that a major official newspaper writes about an opposition-led protest in a neutral tone. Other official publications stayed silent about both the protests in Minsk and the ones which followed in the regions two days later.

Lukashenka meets with chief editor of oppositional newspaper Narodnaja Volia. An hour and a half long tete-a-tete took place in the Palace of Independence in Minsk, reports Belarus Segodnia. Iosif Siaredzič, chief editor of Narodnaja Volia, asked Lukashenka for a personal audience during a recent 'Big talk with the president'; Lukashenka replied positively and the meeting occurred shortly thereafter. Ahead of the talk, Lukashenka stated that he was ready to discuss any issue but counted on unbiased coverage of the talk in the media. 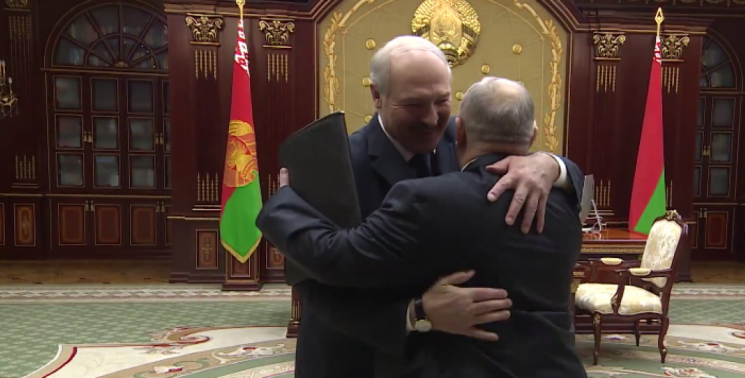 Siaredzič chose not to reveal the details of the talk. However, he did explain that he was satisfied, as the talk appeared to be open and sincere. 'The president is worried about the developments in Belarus. Today we should all think of how to prevent any disasters from shattering our country,” Siaredzič said.

Russia reinstates border with Belarus after 20 years of free movement. On 7 February, FSB-introduced regulations regarding the Belarusian-Russian border zone came into effect, writes Narodnaja Hazieta. Over the past 20 years, citizens of Belarus and Russia have been able to visit each other without border checks. However, the risk of terrorism and the growth of migration have pushed Russia to re-establish the border, according to Russian officials. The Russian side regularly detained persons banned from entering the country on the border with Belarus.

Citizens of Belarus will only need a valid passport to enter Russia. The border zone now has a special status, and Belarusians who wander into Russian territory while searching for mushrooms, which often happens, could be detained and asked to show their documents. Meanwhile, citizens of Ukraine, Georgia, the Baltic countries, and Poland, who frequently enter Russia via Belarus, will have to change their routes, as they can now only enter via international checkpoints in Latvia, Ukraine, or through airports.

The state to reduce control over business. The government is drafting a law which will make doing business in Belarus easier, Respublika informs. This move followed Lukashenka's demand that the authorities stop endless inspections of small and medium businesses. 'The focus should be on the outcome, not on the inspection as such. If the company is working and paying taxes, leave the people alone, let them do business,' the Belarusian leader said.

Newly opened companies will enjoy the absence of any inspections during a period of five years. Currently, the excessive number of procedures and requirements from the state remain one of the major obstacles hampering the development of entrepreneurship. While some people do not even dare to start their own business, others work illegal to avoid state control and over-regulation.

Belarusian food producers see 'irreversible losses' because of Russian restrictions. Belarusian exports are being banned as relations with the Russian food control agency rapidly deteriorate, reports Sielskaja Hazieta. In January, the agency labelled 40 food items 'suspicious', and recently introduced additional restrictions aiming to mitigate the 'risk of African swine fever'. Russia claims that it has detected swine fever on the border with Belarus several times in 2014-2017, while inside Russia 250,000 pigs have been killed because of a pandemic in 2016. 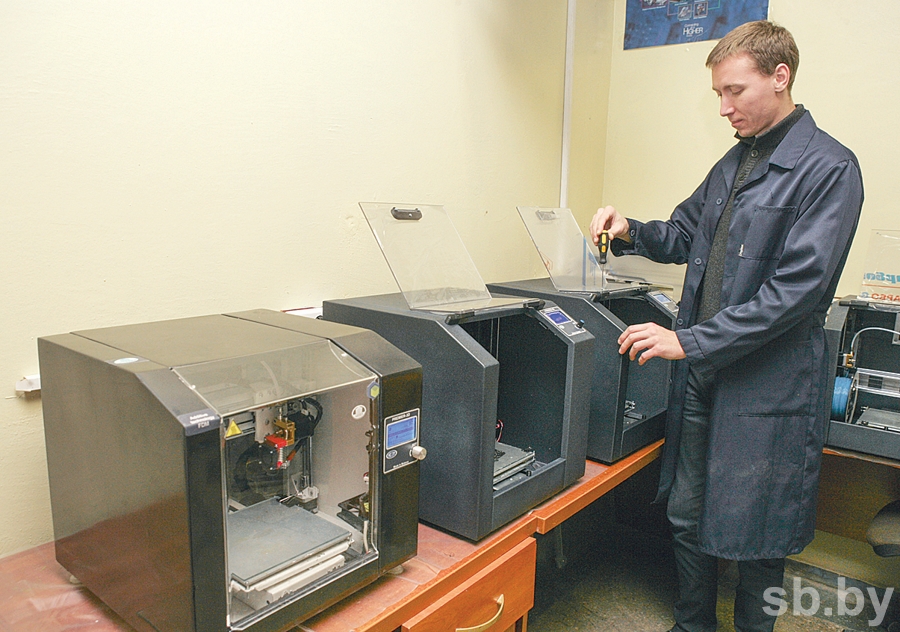 Belarus starts production of 3D printers. Respublika writes that the technology park of the Belarusian National Technical University has started production of 3D printers to be used for industrial and food purposes. The technopark plans to produce 50 printers a day by 2018. The producers plan to instal printers in most Belarusian plants as well as schools. One Belarusian printer now costs around $1,000. Future plans include the creation of an 8-metre tall 3D printer for constructing buildings. The university is currently developing concrete that can be used for this purpose.

Discussion surrounding the International Congress of Belarusian Studies emerges in a national newspaper. Belarus Segodnia publishes a letter from Andrej Kazakievič, director of the Political Sphere Institute and head of the organising committee of the International Congress of Belarusian Studies. Kazakievič's letter was response to an article by the newspaper's columnist Andrej Mukavozčyk, who accused the Congress of leeching funds from the EU and attempting to influence public opinion in the interest of foreign parties.

Kazakievič replied that the Congress is a unique event where researchers from Belarus and all over the world present a diversity of opinions without censorship. Inside Belarus, dozens of conferences of state institutions with participation of top officials are also held annually with the support of Western donors. In this regard, the Congress is hardly different from any other international conference, including official Belarusian ones, which also seek foreign financing.