The Belarusian state press promotes the new Helsinki process initiated on Minsk’s initiative and reports on the numerous foreign policy achievements of the country.

The government attempts to engage the Belarusian Diaspora worldwide to realise its goals. Belarusian exports demonstrate growth after a long recession. This and more in the new edition of the Belarus State Press Digest.

Lukashenka demands that Belarus’s presence worldwide increases. ‘The current stage in the development of the Belarusian state requires building up foreign policy and economy in a more broad and systematic way. It is time for Belarus to speak out loud in the international arena and actively promote and protect its national interests’. The Belarusian leader gave this comment as part of a speech to the diplomatic corps and all bodies of power at a meeting on foreign policy priorities, reports Belarus Segodnia.

Lukashenka went on to claim that it is fundamentally important to develop cooperation with the East and West, without making a choice between them. The country needs to establish contacts everywhere, so that others know and understand it. The potential for normalising dialogue with the West should be realised more actively. In the European region and in the world, Belarus’s new role as a ‘security donor’ is becoming increasingly evident, as the country’s partners are showing interest in the Minsk initiative on launching a new Helsinki process. 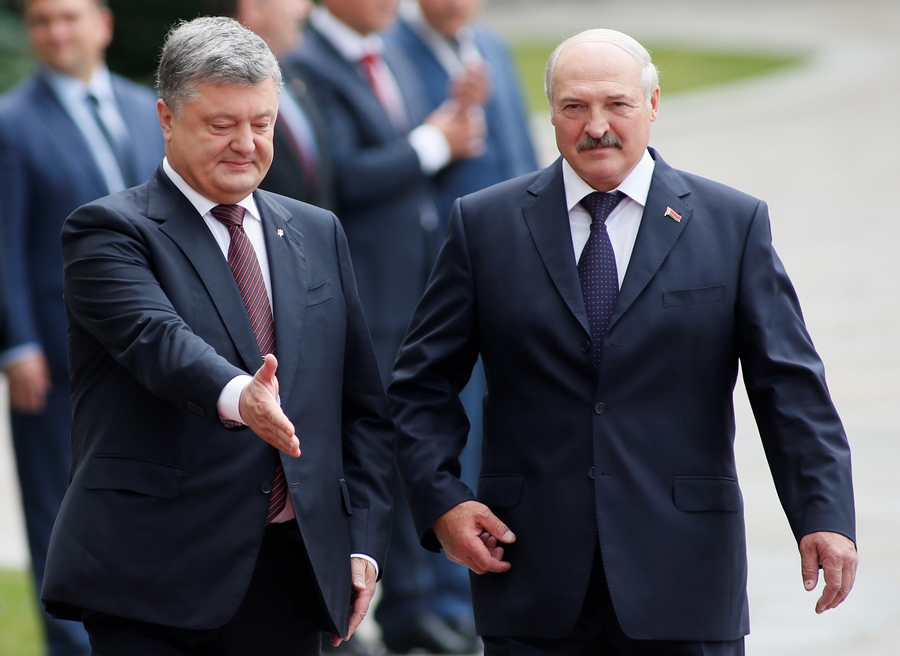 Belarus eager to boost economic cooperation with Ukraine. During an official visit from the Belarusian president to Ukraine, Alexander Lukashenka and Pyotr Poroshenko agreed to focus on a return to an annual trade turnover of $8bn. Belarus and Ukraine also agreed to work on industrial cooperation and joint projects to modernise road and transport infrastructure, introduce innovative technologies, develop production cooperation, and increase cooperation between regions, reports Belarus Segodnia.

Poroshenko called the development of close relations with Belarus a highly important priority, while Lukashenka proposed to work together on humanitarian aid to Donbass, stating that in his peacemaking attempts he does not have personal ambitions and does only what Putin and Poroshenko ask of him.

Minsk hosts the VII Congress of the World Association of Belarusians. The congress gathered 300 delegates from more than 20 countries, including Belarusian Minister of Foreign Affairs Uladzimir Makiej, writes Zviazda. According to Makiej, the authorities are sincerely interested in a greater role for the diaspora in the social, economic, spiritual and cultural development of Belarus, preserving and strengthening the independence of the Belarusian state.

The Ministry and the Belarusian diaspora need to identify promising areas for cooperation. A start could be organising cultural events which promote the country’s image, and returning cultural artefacts to Belarus, Makiej said. Today, between 3 and 4 million Belarusians live abroad, according to various estimates.

Belarus manages to block two critical resolutions at the OSCE Parliamentary Assembly. Narodnaja Hazieta published a comment by political expert Aliaksandr Špakoŭski on the results of the OSCE Parliamentary Assembly session in Minsk, which Belarus hosted for the first time in its history. In addition, Belarus managed to effectively block two resolutions critical of the political regime in Belarus.

The first, proposed by Lithuania, concerned the construction of the Astraviec nuclear plant. The second document, ‘Situation in Eastern Europe’, was initiated by a Swedish deputy. This great success was possible thanks to both diplomatic talent and parliamentary professionalism, as well as the result of the rapprochement of Belarus and the EU.

Importantly, as Špakoŭski notes, it is not Belarus which is changing its political institutions or policies, it is the EU changing its attitude towards Belarus. The West, waging a political struggle with Russia, continues to view Belarus as a potential arena for this confrontation, but its tactics have changed. If earlier Western countries directly attacked Belarus, now they are performing a kind of diplomatic sounding, which suits Belarus more than an open confrontation.

Belarus sees increase in exports. This is the result of a number of international successes and activities that have helped make Belarus known in the world, writes Respublika. In January – May of 2017, exports of goods and services increased by 20.6%, or $2bn when compared with the same period of 2016. At the same time, imports over the same period have increased by only 15.7%.

A certain breakthrough also occurred in trade with North America, which was long frozen. Both exports and imports are growing, although figures still remain relatively small. Meanwhile, in the first five months of the year, exports of goods amounted to $80m, or 2.5 times higher than last year. However, the Belarusian services, and especially IT residents of the High Technologies Park, have been more successful: exports in services could reach $500m by the end of 2017. 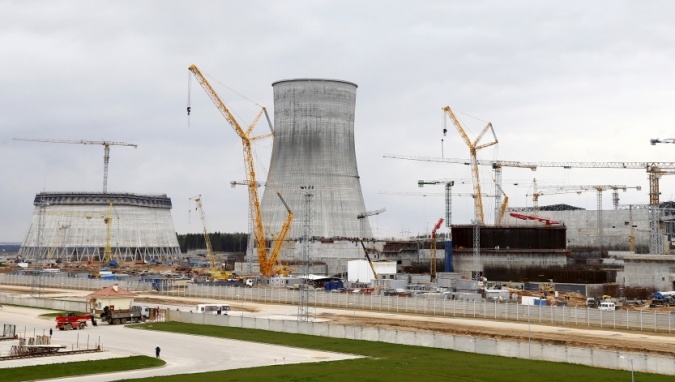 The Belarusian nuclear power plant is to be launched in the summer of 2020. The General Director of the Russian State Atomic Energy Corporation Rosatom, Alexei Likhachev, assured Alexander Lukashenka of this during their meeting. Lukashenka emphasised that the construction of the NPP is important from an economic, political, and moral point of view.

According to him, the decision to build a nuclear power plant after the Chernobyl disaster was not easy, as phobias remained strong, but the government has managed to convince the population of its safety. The authorities are monitoring the construction very thoroughly and the president personally receives updates on the details of construction.

Belarus plans to improve legislation in the field of public procurement. Hrodzienskaja Praŭda quoted an official of the Department of Financial Investigation of the State Control Committee, Viačaslaŭ Andruchaŭ. He announced these plans ahead of the international TAIEX seminar, organised by his agency jointly with the European Commission.

The most common corruption cases in public procurement concern the illegal restriction of individuals’ access to participation in the procurement procedure in order to create conditions for concluding a contract with a pre-selected organisation, as well as conscious understatement of the price by the bidder and subsequent increase thereof by concluding supplementary agreements to the contract.