On 24 August 2017, Russian Federal Security Service agents kidnapped 19-year-old Ukrainian citizen Pavel Grib on the territory of Belarus. He is the son of a minor Orthodox Church official and army reserve officer, Igor Grib. Ukrainian society is actively discussing the event and is trying to draw attention to the ordeal of Pavel Grib, who finally found himself in Russian prison in the Russian city of Krasnodar.

Officials in Minsk appear to be doing nothing to aid Ukraine, not even in helping to gain an explanation of Russia’s actions on Belarusian soil. The situation is beginning to diminish Belarus’s image of a “neutral state” and independent actor.

Forcing a 17-year-old girl to work a honeytrap

According to Igor Grib, his son went to the Belarusian city of Homiel on 24 August 2017. Pavel had arranged to meet a Russian girl there who he got to know on the internet. After crossing the Belarusian border and arriving in Homiel, Pavel disappeared. He didn’t return home the next day as promised.

Distressed, Igor Grib went to Belarus to look for his son. Belarusian police informed him that Pavel Grib was on the wanted list in Russia. The Russian Federal Security Services for the Krasnodar region and the city of Sochi alleged Pavel was suspected of terrorist activities.

According to Pavel’s lawyer, on 24 August 2017, two people in civilian clothing approached Pavel near the Homiel main bus station. They forced him onto a minibus which took him to a forest where he was handed off to other agents. Pavel was detained for several days in a windowless building, his lawyer says.

Then an investigation team arrived and formalised his detention in accordance with the Russian Criminal Code. At the police station, Mr. Grib learned that Pavel had been transferred to a detention facility in the Russian region of Smolensk, which borders Belarus.

After two weeks, Russian authorities finally provided information on Pavel Grib. He was being held in Krasnodar prison, located almost two-thousand kilometres from Belarus, and accused of terrorist activities. The 17-year-old girl from Sochi called Tatiana, who invited Pavel to meet her in Homiel, later said the Russian Federal Security Services had forced her to work for them. She claimed she was also under investigation in Russia on suspicion of terrorist activities. Now Pavel Grib is writing letters to Tatiana, declaring his love for her and telling her not to worry about him.

But the situation is getting worse. Pavel Grib suffers from a serious medical condition that requires regular application of special medication. So far, he has had no access to necessary medical care and his health is deteriorating. This issue has been underlined both by his father and Ukrainian officials. Even on 18 August 2017 when Ukrainian consuls were finally allowed to meet with Pavel Grib in Krasnodar prison, Ukrainian doctors were not allowed to examine him.

This series of events is troubling not only for Minsk, but for all post-Soviet states. It may be the first incident in history where, on the territory of one post-Soviet state, another post-Soviet state kidnaps a citizen of a third. The Belarusian regime is shocked by Russia’s provocative behaviour. So far, Minsk appears to have no clear reaction strategy. While Minsk kept silent, Ukraine issued its first official complaint on 31 August. Deputy Foreign Minister of Ukraine Yelena Zerkal stated that Belarus was being uncooperative with Kyiv over the issue of Pavel Grib.

The only statement on the issue released by Belarus’s Foreign Ministry (given by media officer Dzmitry Mironchik, a minor official) appears both misguided and vague. It sounds as if Ukraine is to blame for the current situation:

People, unfortunately, disappear for various reasons—either by their own will or stupidity, or as a result of the malicious actions of a third party. If the 19-year-old young man was not followed by his parents and the authorities of his own country, there is no reason to lay the blame at someone else’s door. Blaming a country that was chosen as the place for a romantic date or a secret meeting, merely a day after an official request [for information about Pavel Grib from Ukraine to Belarus] is certainly not the behaviour of a partner [country].

This kidnapping is pure provocation from Russia for two reasons. First, Pavel Grib represents no interest for Russia. He has neither access to sensitive information nor is it likely he committed any serious crime. Second, he entered Belarus without issue at the state border. It only became know after his kidnapping that he was on a Russian wanted list for unspecified “terrorist activities” in Russia’s Krasnodar region. The result is negative effects for both Belarus’s international image and Belarus–Ukraine relations.

It is necessary to emphasize that Pavel Grib has neither served in the Ukrainian military nor has he visited an Anti-Terrorist Operation Zone (for example in Ukraine’s Donbas region). More to the point, Pavel’s incarceration in Krasnodar prison servers as his very first trip to Russia. Pavel Grib could not have physically been involved in any illegal, terrorist activities on Russian territory. This also suggests that Belarusian law enforcement agencies were not aware of the Russian operation, because according to international agreements, Belarus and Russia share the same database for criminal investigations.

“Moscow has full control over Belarus”

The events surrounding the case of Pavel Grib have resulted harsh rhetoric from Ukraine towards Minsk. On 14 September 2017, lieutenant general Vasyl Bogdan, a former serviceman for Ukrainian military intelligence, declared that Moscow is in full control of Belarus and its authorities. A day earlier Ukrainian Foreign Minister Pavel Klimkin stated, that “Russian special services are also operating on the territory of Belarus,” and Ukrainian citizens should understand that going to Belarus can be dangerous for them. 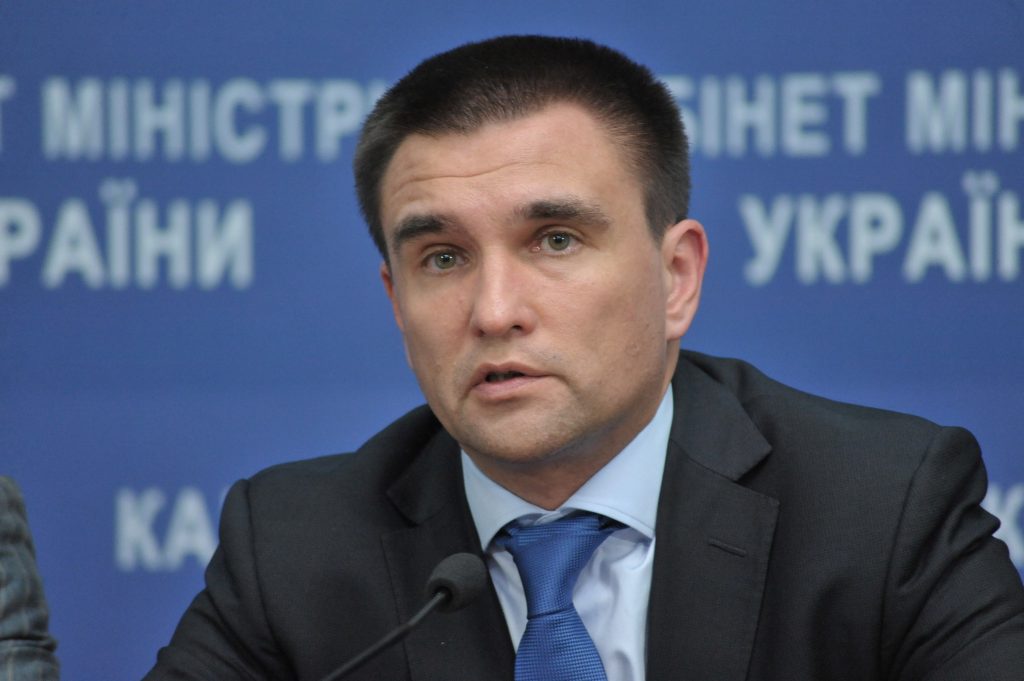 According to Ukrainian experts, at present the Belarusian government is unable to find an adequate response to the case of Pavel Grib. Instead of helping Ukrainian officials, for example communicating with Russian law enforcement agencies on behalf of Ukraine, the Belarusian Foreign Ministry does nothing besides issuing troll-like statements. Indeed, some experts from Ukraine now say they are choosing not to visit Belarus, because there is no guarantee of security.

Pavel Grib’s kidnapping and Belarusian inactivity go hand-in-hand to support the suspicions of Western observers that Belarus lacks independence and control over its own territory in the face of Russian provocation. This weakens Belarus’s role as a negotiator and diminishes its image as a neutral state or “donor of stability,” apparently so cherished by officials in Minsk.

Russia’s behaviour suggests Belarus is no longer perceived as a strategic partner. What it means to be a close Russian ally is up for question. Russia carries out aggressive activities, like kidnapping a third country’s citizens, on a close partner’s territory. This undermines the image of Belarus on the international stage and harms cooperation between neighbouring states. This does not bode well for the future of Belarus–Russia relations.