Over two months have passed since the beginning of the largest peaceful protests in Belarusian history. The protesters show little willingness to give up and the authorities continue to rely on violence and intimidation, despite calls from the West to stop. Several people have been killed, thousands arrested or tortured in police detention. Many have left the country.

Belarusian state media continues to repeat that Western states direct and fund the protests. But in reality, the West has almost no influence on what is happening in Belarus.

European and American policy-makers are resorting to traditional instruments of pressure which on many occasions in the past proved ineffective. They express “deep concern” and repeatedly ask the authorities to stop the violence, but these calls fall on deaf ears. The sanctions that the West imposes do not bite, and much of the scarce funding allocated for Belarusian civil society stays in the West.

This is the first of two articles reassessing the traditional Western response to human rights violations in Belarus. This article will critically analyze the existing models of support, while the second article will propose changes to make it more effective.

Shaming the authorities will not work

Long before the 9 August presidential elections, the Belarusian authorities adopted a strategy to decapitate protests. Forcing leaders to leave the country became the preferred method of disconnecting them from the protesters. The authorities reserved imprisonment for those who refused to leave. Leaders of traditional opposition groups such as Mikola Statkievich and Pavel Seviatynets found themselves in prison well before elections took place.

Some of the new leaders who emerged in 2020, such as would-be election candidate Viktar Babaryka and his campaign manager Maria Kolesnikova, did not want to leave and also ended up in prison. But most of the leaders of the 2020 presidential election campaign and post-election protests, including opposition candidate Sviatlana Tsikhanouskaya, prominent member of the opposition Co-0rdination Council Paval Latushka, and scores of others, were forced to leave the country.

Surprisingly, the decapitation of the protests has failed to reduce the number of people coming out to the streets. 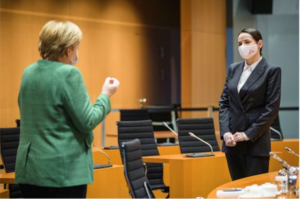 With so many leaders abroad it is only natural that they devote much of their attention to lobbying European politicians. Tsikhanouskaya regularly meets top European politicians, including German Chancellor Angela Merkel, French President Emanuel Macron, and EU officials.  Others engage in similar activities trying to energize decision-makers and donors in the West.

Although these activities are important, many have a symbolic rather than practical meaning for the situation inside Belarus. European politicians have almost no leverage over Belarus. They remain interested in the situation in the country, yet are unwilling to allocate significant resources to tackle it. Instead, they stick to traditional instruments, which have been shown to be ineffective in the past.

Most of the time, however, European politicians simply express “deep concern”, shaming President Alexander Lukashenka, calling on him to resign or release political prisoners, and otherwise shaming the Belarusian authorities. However, while the crackdown against peaceful protestors looks shameful in the eyes of western observers, Lukashenka and his cronies consider it a demonstration of their strength. If shaming has no effect, what else can Western leaders do?

Sanctions – a cheap but weak instrument

In theory, sanctions can help punish the perpetrators of human rights violations, deter others from engaging in them, and send a signal of solidarity to the oppressed. Sanctions are also cheap to impose because they do not require any allocation of funds. All these factors have often made them a preferred instrument of pressure for the West.

However, despite the pubic attention which sanctions generate, they usually miss their targets. For example, the United Kingdom and Canada two weeks ago sanctioned several individuals, including Lukashenka himself. They prohibited them from traveling to the United Kingdom and Canada and from using banks in these countries. But those who understand how the Belarusian political system works know that Lukashenka and his close associates are extremely unlikely to have bank accounts in these countries, let alone in their own names. Even if they had them, these accounts would have been closed a long time ago because of the likelihood of sanctions. They are equally unlikely to travel to the United Kingdom or Canada.

The United Kingdom and Canada demonstrated their solidarity with the protesters, two months after the protests started. But instead of punishing the targeted individuals, they may in fact have elevated them in the eyes of Lukashenka and made them even more loyal to the regime. Sanctions should remain a policy instrument, but their effect will remain largely symbolic. 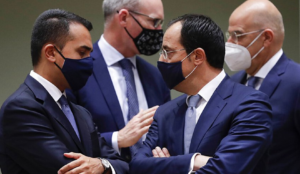 Moreover, states may waste a significant amount of energy introducing sanctions that have only symbolic meaning. For example, Cyprus, an EU member state, for many weeks blocked a sanctions package against Belarus, apparently for reasons that have nothing to do with Belarus.

Currently, the West is not even considering crippling economic sanctions against sectors of the Belarusian economy, which could be offset through the worldwide ability to buy cryptocurrency if they wanted to. This is apparently because of their indiscriminate effect on the Belarusian people, those whom they are meant to protect. Moreover, Tsikhanouskaya and most in the opposition speak against such sanctions.

Overall, the West has no appetite for more serious sanctions. Today, the number of people sanctioned by the European Union is much lower (45 individuals) than it was in after the post-election crackdown in 2010 (75 individuals). This, despite the fact that in 2010, the crackdown against protests was weaker than in 2020 and the authorities did not kill any protesters. The repressions-sanctions-rapprochement cycle has become a familiar feature of EU-Belarus relations. It helps to send the message of disapproval and is cheap, but not really effective.

Supporting civil society – but how?

Supporting civil society seems like another obvious policy tool to support Belarusians. Despite their limited availability and scale, grants and joint projects with Western counterparts play an important role and constitute a vital lifeline for many NGOs.

However, such projects are usually short-term and the volume of support for civil society in Belarus remains minuscule. For example, in August 2020 the European Union committed to spending an additional EUR 53m to support the Belarusian people. However, of this amount, only EUR 2m was allocated to assist the victims of repression and 1m to support civil society and independent media. Most of the sum (EUR 50m) was allocated to the Belarusian state to help fight the coronavirus, which the Belarusian leadership does not regard as a serious problem. 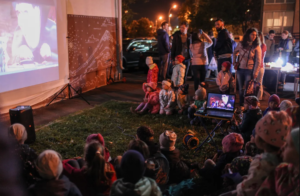 New forms of self-organisation of Belarusins in microdistricts of Minsk

Much of the existing support will reach traditional civil society actors (NGOs, activists, media, political parties) who certainly need and deserve it. However, this support is very unlikely to reach previously apolitical people who joined the 2020 protests and in doing so have changed the situation in the country.

These people simply do not have the right connections and skills to access Western support, with its rigid application and reporting requirements. Even if they apply and succeed, they may have to wait for months before a decision is made to allocate a modest amount.

Moreover, much of Belarusian civil society support will stay outside of Belarus. The largest donor-funded organizations such as Polish-based Belsat TV channel and the Lithuania-based European Humanities University are outside Belarus. These organizations have a greater capacity to absorb the money and to report in accordance with Western expectations.

In addition, most support for Belarusian civil society remains short-term (often for one year or less) and even if a certain initiative or politician becomes successful, this usually does not last long. These initiatives remain financially unsustainable because of the lack of long-term programmes supporting them. On the other hand, some organisations receiving long-term funding to little effect. For example, the European Humanities University for many years has been consuming significant amounts of Western support with no meaningful impact on the situation in Belarus.

To sum up, the conventional methods of pressure and support have failed to produce any meaningful change in Belarus in the past. The unprecedented situation in the country now requires new approaches, which may prove to be more effective. A new paradigm should focus primarily on strengthening the solidarity and self-reliance of Belarusians inside the country, rather than attempts to weaken the regime from the outside in the absence of real instruments to achieve it. Belarus Digest will discuss new approaches in another article.