In October, the European Union formally invited Belarusian President Alexander Lukashenka to attend the Eastern Partnership Summit in Brussels on 24 November. However, up until now, Belarus-Europe contacts remain scarce even at the ministerial level. Romania’s Teodor Meleșcanu has been the first EU foreign minister to visit Minsk since mid-July.

In recent weeks, Belarus’s foreign ministry continued to build bridges with Europe, mostly through the mechanisms of joint trade commissions and parliamentary diplomacy. Meanwhile, Alexander Lukashenka reaffirmed the importance of close personal relationships, meeting with his autocratic friends from Venezuela, Uzbekistan and the UAE. However, doubts remain about the ultimate efficiency of his efforts.

An EU foreign minister in Minsk

The foreign ministers of Belarus and Romania discussed a wide range of bilateral issues and prospects for cooperation between Belarus and the European Union. Both sides agreed that Romania has played an important role in strengthening the upward trend in Belarus–EU relations in recent years. 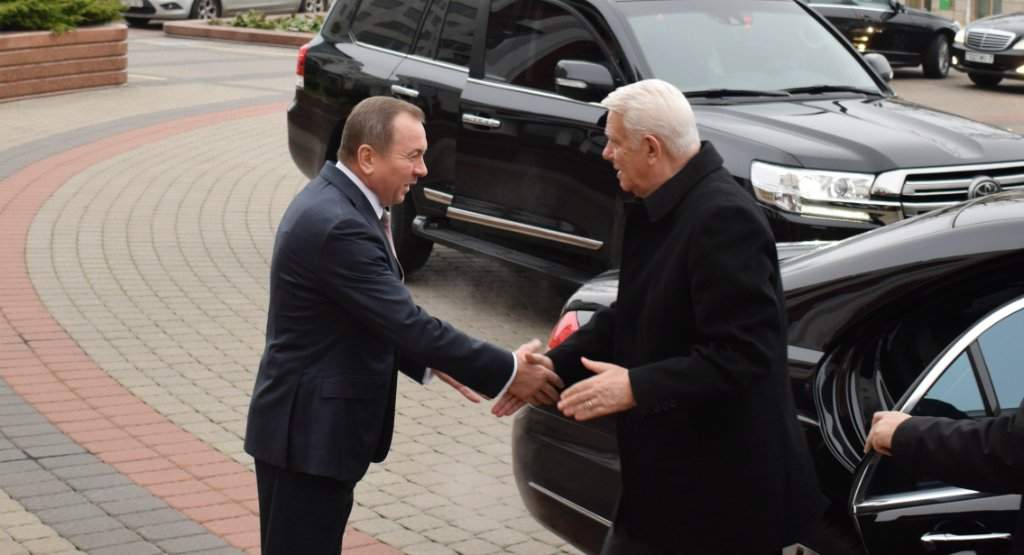 Kabiakou and Meleșcanu talked about possible cooperation in IT, healthcare and agriculture, as well as joint manufacturing of auto components, furniture, clothing, textiles, and building materials in Belarus. The head of the Belarusian government actively “sold” Belarus’s role as a launchpad into the Eurasian Economic Union markets (full members include Russia, Belarus, Kazakhstan, Kyrgyzstan, and Armenia) to the Romanian diplomat.

Trade turnover between Belarus and Romania fell steadily from 2012 to 2015. The two countries reversed this negative trend last year. In January–August 2017, goods exchanged grew by a respectable 25 per cent with the balance in favour of Belarus.

Teodor Meleșcanu, who is also a Romanian senator, met with the heads of both chambers of the Belarusian parliament, Mikhail Miasnikovich and Uladzimir Andrejchanka. The minister assured them of “[Romania’s] intention to develop relations with Belarusian MPs.” In fact, the two parliaments have already exchanged visits at the working level, once in April 2016 and then again this November.

Ostracism of Belarus’s parliament: A thing of the past

In recent weeks, Romania was not the only European country eager to bond with Belarus’s rubber-stamp parliament. MPs from a few other EU countries readily posed for photos with their Belarusian hand-picked “colleagues.”

In late September, two Belgian MPs, both members of a Flemish nationalist party, visited Minsk as representatives of the Inter-Parliamentary Union (IPU), an organisation that works to promote democracy and inter-parliamentary dialogue. They had meetings in the Belarusian parliament and at the foreign ministry.

Interestingly, Belarusian government media reported the name of only one visiting MP, Yoleen Van Camp, and never mentioned her companion, Senator Pol Van den Driessche, president of Belgium’s group in the IPU. Perhaps, the silence can be explained by the fact that, in his home country, the senator was a target of numerous accusations of sexual harassment.

On 30–31 September, two Belarusian MPs visited Tallinn at the invitation of the Rijgikogu, the Estonian parliament. There, they met with Een Eesmaa, the vice-speaker of the parliament. Jüri Ratas, Prime-Minister of Estonia, received the delegation and gave them a tour of his official residence.

The Belarusian foreign ministry has been investing a lot of effort in the legitimisation of the Belarusian legislature. On 26 October, Belarusian Deputy Foreign Minister Andrei Dapkiunas spoke at a workshop held in the Belarusian parliament, which focused on pressing issues of foreign policy and trade. The heads of parliamentary working groups on cooperation with foreign parliaments were the target audience of this event.

Rich enough to help out an old friend?

President Lukashenka received his Venezuelan counterpart Nicolas Maduro on 5 October. The Bolivarian leader made a stopover in Minsk en route from Moscow to Ankara, looking for economic and geopolitical support wherever he can get it.

Relations between Belarus and Venezuela reached their peak in the last years of Hugo Chavez’s rule. Exorbitant oil prices ensured the well-being of the Venezuelan economy. Belarus launched several major construction and joint manufacturing projects in Venezuela. In 2010, the Belarusian exports to this country surpassed $300m. 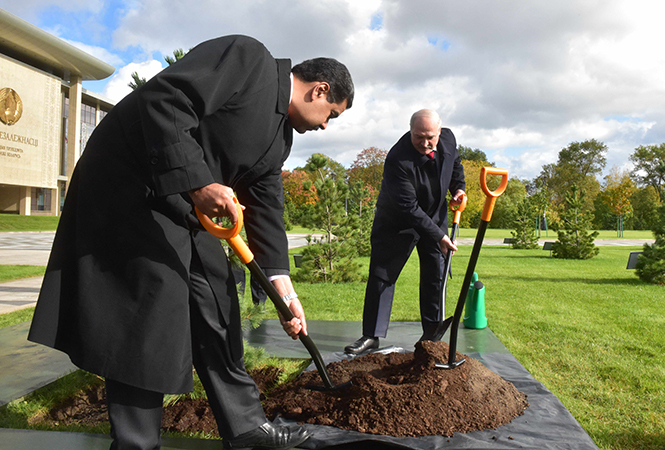 Bilateral trade has been in free-fall since 2013, plummeting to a rather dismal $2m for 2016. Most joint projects were suspended or shut down. Venezuela owes $113m to a Belarusian construction company. However, for political reasons, despite debts some construction projects are still underway.

During his meeting with Lukashenka, Maduro claimed the moment was right for relaunching joint projects. He called for renewing agreements in the field of industry and agriculture. Maduro wants his Belarusian friends to believe that Venezuela is now “at a good point for economic recovery and growth.” However, some experts claim that the country is heading to bankruptcy.

Lukashenka predictably pledged that “Venezuelans can always count on the support of friendly Belarus.” Officials of the two countries will soon meet to draw a plan of specific measures to restore economic relations. However, Belarus hardly intends resuming the implementation of joint projects and massive deliveries of goods to sisterly Venezuela without upfront payments or sound financial guarantees.

A working holiday in the sun-drenched Emirates

Alexander Lukashenka spent two weeks, from 25 October to 6 November, in the United Arab Emirates. Lukashenka’s press service announced his “working visit” to this Middle Eastern monarchy. They also reported the President’s intention to stay as a guest there “for a couple of days” at the invitation of his Emirati hosts.

The only working element of the Belarusian leader’s visit to the UAE was a short meeting with Abu Dhabi’s Crown Prince Sheikh Mohammed bin Zayed. Viktor Lukashenka, the President’s eldest son and his national security adviser, accompanied his father to this meeting—a clear sign that arms sales remained among priority topics under discussion.

Despite Lukashenka’s efforts to boost economic cooperation with this rich Arab country, trade figures remain modest. The turnover between Belarus and the UAE attained $29.7m in 2015 and $37.9m in 2016—a far cry from the target figure of $500m set three years ago.

It is true that turnover reached a new high in January–August 2017, increasing by a factor of 2.8 times. However, this spectacular result is due chiefly to $20m delivery of BelAZ trucks to the UAE.

During his “working holiday” in the Emirates, Lukashenka also met Ukrainian President Petro Poroshenko, who happened to be making a working visit to the country. The Belarusian leader might take lessons from Poroshenko on how to build successful relations with Middle Eastern regimes. Ukraine’s trade with the UAE in 2016 was nine times greater than Belarus’s, reaching $341m. The Ukrainian leader also secured a deal on a visa-free regime between the two countries.

Belarus’s willingness to work pragmatically with any international partner has failed to produce noticeable economic benefits. These efforts need to be supplemented by the resolute modernisation of the national economy. Modernisation remains very difficult without full normalisation of relations with the West, which, in its turn, is impossible without serious democratisation efforts.