In May 2017, analysts at the Ostrogorski Centre discussed why the authorities continue to arrest Belarus’s top businessmen, who benefits from the alcoholisation of Belarus, and how Belarus can maintain security cooperation with both Russia and the West.

The Centre is preparing a conference entitled ‘Belarus in the new environment: challenges to foreign policy, security, and identity after 2014’, to be held on 19 June. The conference will promote the development of professional and respectful dialogue between experts with different political views.

We have also added the Civil Bologna Committee as a new partner of the BelarusPolicy.com database. From now on we will be adding papers on problems with compliance to European standards faced by Belarusian higher education.

Vadzim Smok discusses why the authorities continue to arrest Belarus’s top businessmen. Being close to Lukashenka is by no means a guarantee of safety for oligarchs, and many prefer to register their companies and reside abroad. Those who cannot do so must demonstrate their support for the authorities in various ways and never make a misstep.

As the Belarusian state system is dominated by the security services, they spend their time and resources over-zealously pursuing white-collar criminals rather than improving the business environment in the country. This causes serious damage to the investment climate. In the absence of strong rule of law, large businesses continue to depend on patronage networks and informal arrangements with the country’s leadership.

Alesia Rudnik analyses who is benefiting from the alcoholisation of Belarus. Belarus is perhaps the world’s second booziest nation. Meanwhile, alcohol prices are considerably lower than in neighbouring western countries. Despite the government’s attempt to set up a programme for prevention of alcoholism and rehabilitation of alcoholics, Belarus has so far failed to combat heavy drinking. 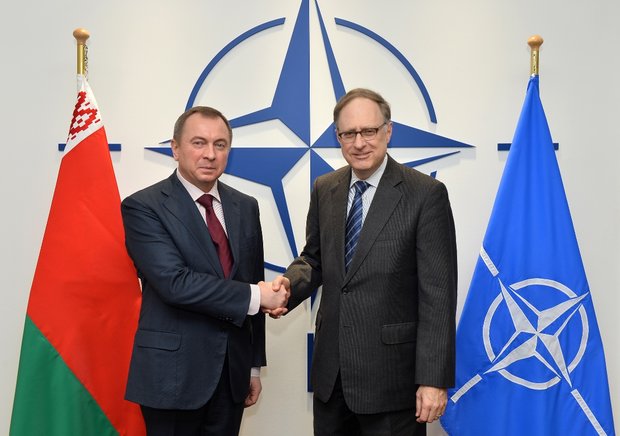 Moreover, alcohol prices tend to decrease right before elections or during economic crises. Cheap alcohol in Belarus has become a tool to neutralise activism and numb national consciousness. By decreasing alcohol prices, authorities guarantee themselves more loyalty and support.

Siarhei Bohdan argues that Belarus can maintain security cooperation with both Russia and the West. It would behove the Belarusian government to build a more balanced and neutral policy by establishing more diversified partnerships in the security realm. At the same time, Minsk realises the sensitiveness of this issue for Moscow, and agrees to what is most important to the Russian leadership, such as the forthcoming West-2017 exercises.

This, however, does not mean that the Kremlin can dictate whatever it wants. On the contrary, Belarus is reshaping its national security policies and can still persuade Russia to help it with military equipment.

The conference will promote the development of professional and respectful dialogue between experts with different political views. Each panel will include speakers from both pro-government and independent communities, with journalists of leading Belarusian mass media sources as moderators.

Alesia Rudnik discusses the opposition and pro-government youth organisations in Belarus on Polish radio. The number of members of youth organisations in both camps remains a mystery due to their unclear institutional structures. Many people are members only formally. Belarusians do not actively express their civil position, and in this regard young people are no different from the rest of the population. This poses a significant problem for Belarusian civil society.

Siarhei Bohdan argues that maintaining good relations with Kiev is strategically important for the Belarusian government on Polish radio. Belarus seeks to increase trade with Ukraine and is establishing cooperation in various fields: energy (oil supply, electricity), border issues, and military projects (helicopters, missile technology). This proves that there is mutual understanding between Minsk and Kiev and even a tacit alliance at the highest level. 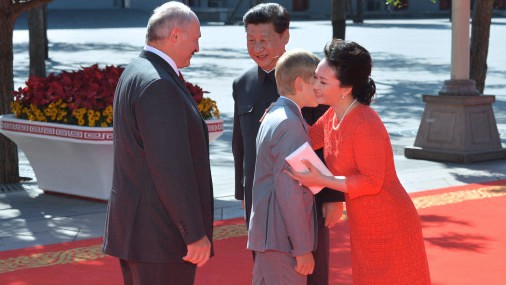 On Polish radio, Igar Gubarevich discusses the effect of Lukashenka’s press conference on Chinese journalists. The Belarusian leader organised the event because he is concerned with the low level of Belarusian exports to China and the lack of progress with the Belarusian-Chinese technology park. After the conference, Chinese journalists will prepare pieces for the national and regional media, but this will hardly have any influence on the Chinese leadership.

Ryhor Astapenia discusses on Polish radio why Minsk is keen to develop relations with China. Alexander Lukashenka has repeatedly said that China is one of the poles of global politics, along with the US and Russia. Of these three poles, only China does not conditionalise its relations with political demands. China is ready to cooperate with Minsk on economic and political issues without demanding democratisation or recognition of the Crimea annexation.

On Radio Liberty, Yaraslau Kryvoi discusses how the results of the first round of presidential elections in France were perceived in the UK. Many Brexit supporters see the very likely victory of Macron as a bad sign. On the other hand, they understand that Macron is a pragmatist and will put pragmatic interests above ideology. Traditionally, France is much more interested in its former colonies, and French policy towards Belarus will not change significantly under the new president.

Implementation of the Roadmap requirements in the draft Code of Education. Belarusian Independent Bologna Committee, 2017.

Yana Ustsinenka. The analysis of reforming higher education policy in Belarus in the period from 2010 to 2016. BIPART, 2017.

Uladzimir Paplyka, Halina Kasheuskaya. Public procurement from a single source in the Republic of Belarus: analysis and recommendations. BIPART, 2017.