On 18 April the Belarusian authorities launched the trial of Taras Avataraŭ, a fighter from the Right Sector battalion who participated in the Ukraine conflict.

Earlier this month they introduced amendments to legislation which allow prison sentences for those fighting in foreign conflicts for ideological, not just mercenary, reasons.

However, the government seems to be taking a rather unbalanced approach, repressing only supporters of the Ukrainian side. By doing so Minsk risks creating a strong pro-Russian force inside the country, capable of overthrowing disobedient President Alexander Lukashenka at the Kremlin's order.

On 4 April the Belarusian parliament approved amendments to the law “On counteracting extremism” proposed by the KGB, Belarus' state security agency. The amendments introduce criminal liability for extremism, which previously was only an administrative offence. The law will target individuals who “create an extremist group, or head it or its branches”. It will punish those convicted with extremist activity with three to seven years in prison, and in case of a repeated offence six to ten years. 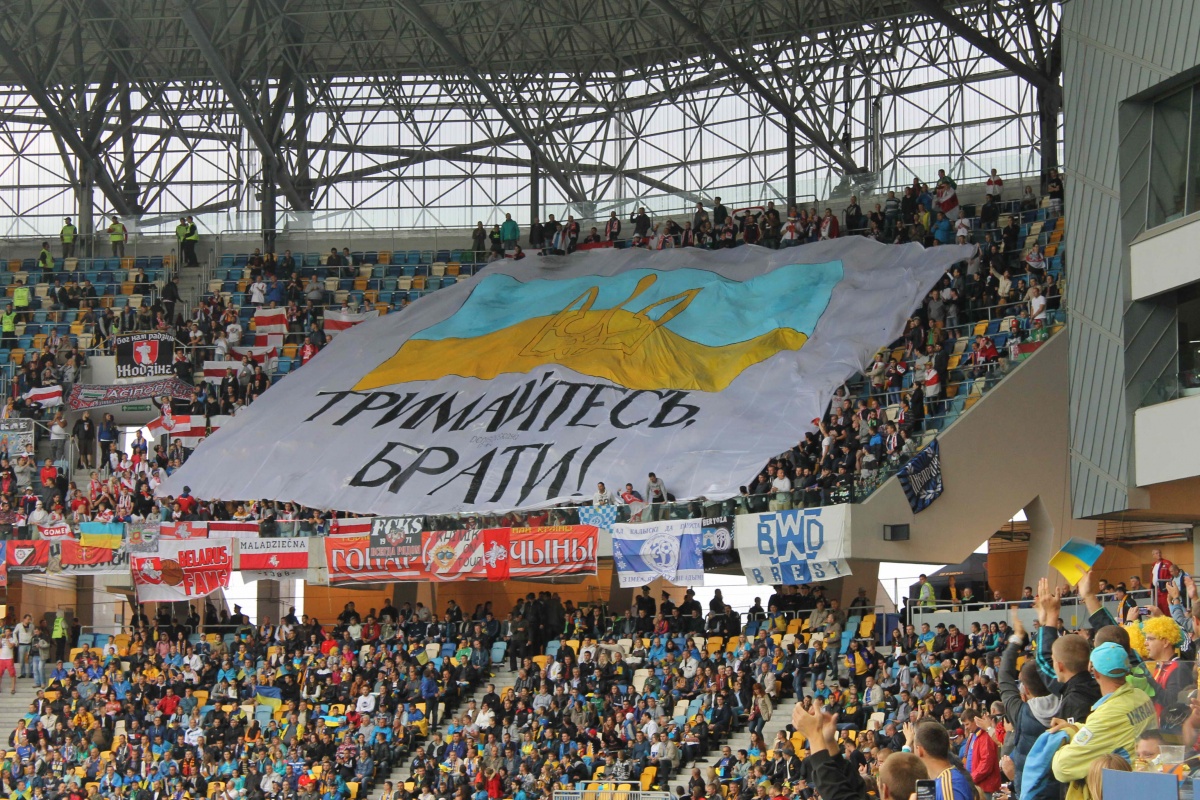 Not long before the amendments were introduced, police started a raid against football ultras and radical supporters of the Ukrainian side in the Donbass conflict.

Before 2014 Belarusian ultras rarely expressed political attitudes. However, since Euromaidan and the start of the Ukrainian conflict they have repeatedly declared support for Ukraine.

The police feel that youngsters from ultras groups, who have been inspired by the example of Ukrainian protesters at Maidan, are one of the major groups capable of actually carrying out and supporting street protests in Belarus.

Anonymous ultras told Novy Čas newspaper that the football fan movement in Belarus has been practically destroyed in recent years, regardless of the ideological views of particular firms. The police search ultras' homes and question their relatives about connections between those fighting in Ukraine and and ultras based in Belarus.

Fighting for ideas will become a crime

The same parliamentary session also approved amendments to the law on “Incitement to action against external security, sovereignty, territorial integrity and national security”. They introduce liability for fighting in foreign conflicts without mercenary intentions. Now Belarus citizens fighting for ideological reasons will face up to five years in prison if convicted.

Previously the Criminal Code contained only punishment for mercenary activity, as well as recruitment, training, financing and using of mercenary. However, the authorities faced difficulties when charging Belarusian fighters in Ukraine. Police could not gather proof of their receiving remuneration for the service.

On 25 March senior police official Mikalaj Karpiankoŭ revealed to Zviazda newspaper that the police had already filed criminal cases against 135 Belarusians fighting abroad. The police gather intelligence on Belarusians in Ukraine from various sources and also undoubtedly receive information from their Russian colleagues.

The Belarusian authorities seriously fear trained fighters returning home. They could become a dangerous element in the opposition to Lukashenka’s rule. As the economic situation in Belarus gets worse and poverty among the population grows, the risk of internal instability is becoming even higher.

This April the Belarusian authorities are holding the trial of Taras Avataraŭ, allegedly a fighter from Right Sector, a radical nationalist Ukrainian organisation. He was detained in November 2015 at Minsk railway station in possession of a gun and a self-made grenade. He had a document which confirmed his participation in the Ukraine conflict in the Right Sector battalion, but the organisation has denied these allegations.

In the middle of April police detained another fighter nicknamed “Terror Machine”, this time allegedly from the pro-Ukrainian Azov battalion, on charges of hooliganism dating back to 2013 and alleged mercenary. Although both fighters are charged with crimes other than mercenary, the authorities will also investigate their involvement in the conflict.

Meanwhile, cases of combatants fighting for the breakaway republics of Donetsk and Luhansk being on trial remain unknown in Belarus. Only one person from that side of the conflict has been detained, in January 2016, and that was on other charges; he only later revealed his participation in the conflict.

A number of DNR fighters freely gave interviews to Belarusian and Russian media while staying in Belarus and apparently did not fear persecution.

Independent commentators claim that this is the result of close relations between pro-Russian fighters and the Belarusian security forces, with the support of Russia. For example, a number of pro-Russian combatants revealed that they had previously served in an elite special force group in Marjina Horka. Many of the Belarusian security structures sympathise with Russia and its policy in Ukraine, as they have maintained close cooperation with Russian security and military forces since Soviet times. 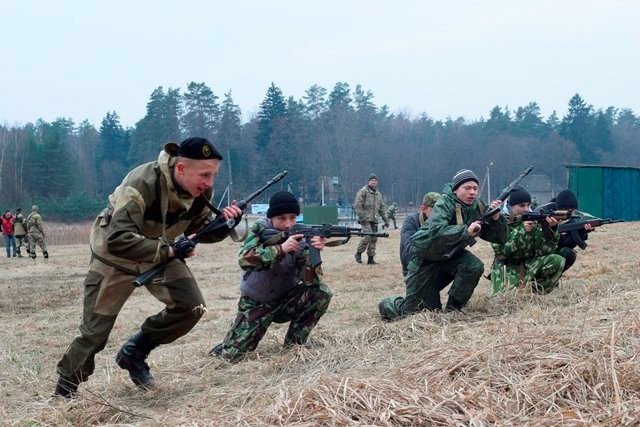 An anonymous DNR fighter from Mahilioŭ in an interview with gazeta.ru said that he got involved in the conflict through Russia-backed Belarusian cossacks when he worked in an Orthodox patriotic club.

Many from Eastern Belarus had a similar path. Since the start of Euromaidan pro-Russian groups have become more active in Belarus. They train youth in the ideology of the "Russian World" and maintain close links with the Russian military.

If the Belarusian authorities have indeed decided to tolerate pro-Russian fighters to please Russia, they risk seeing what they fear most coming true. Trained combatants who respect the Russian world more than Belarus independence would probably take Russia's side in case of intervention in Belarus. Meanwhile, pro-Ukraine fighters who value Belarusian independence are mostly taken for radical opposition and repressed. This is obviously a very short-sighted view.

But the Belarusian authorities should also pay serious attention to the reasons why Belarusians go to fight for breakaway republics.

As one Belarusian DNR fighter put it in an interview with the Russian Planet website:

We went there neither for ideas nor for money. People going to war were those who could not realise themselves here (in Belarus). Their future was to become alcoholics, marry ugly women and give birth to children who would face the same fate. None of the Belarusians I met there came from Minsk, because people from the capital have a different mentality and opportunities.

This vivid citation points to the deep social problems that lead Belarusians from the periphery to leave their homes and head for war. Desperate from unemployment, with no hope for a better life and heated with aggressive Russian propaganda, they become easy prey for Russia’s military plans.

Through turning a blind eye to pro-Russian groups in Belarus, failing to counterbalance the Russian media and maintaining a poor regional policy, the authorities have generated a threat that they apparently refuse to deal with. However, it may become a fatal mistake one day.