Is Radical Islam a Threat for Belarus?

On 11 January, the Committee for State Security (KGB) made public information about the arrest of 20 Muslim Salafis that took place near Minsk in late November 2014.

While Belarus' security services have monitored the behaviour of Islamic radicals in the past, the arrest is one of the most important actions taken by the authorities against Muslim extremists.

Muslims have lived in Belarus since the 14th century, blending in well. However, in recent years preachers from other states have been changing the nature of Islam in Belarus by infusing radical ideas.

By arresting a group of Salafi Muslims, Belarus may be signalling to the West that it is a reliable partner in fighting terrorism. How could Minsk benefit from such efforts?

More than 30,000 Muslims live in Belarus today, amounting to 0.5% of the total population. Muslim Tatars first arrived to Belarus as mercenary fighters in the 14th century at the invitation of the Grand Duchy of Lithuania. The Tatar community even created its own writing system for the Belarusian language, using Arabic script. 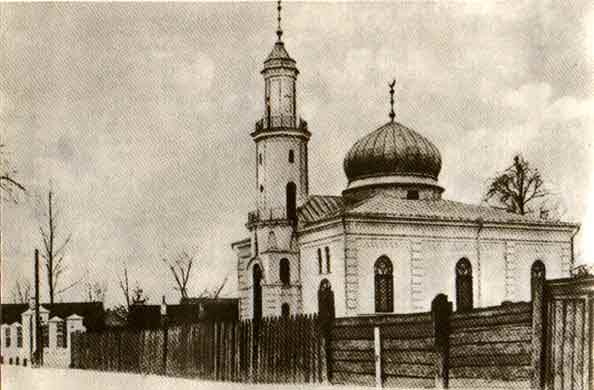 Muslims have few mosques in Belarus, as the Communists ruined many of them, including one located in the centre of Minsk. Now a new Sunni mosque is being built in the the capital of Belarus. Construction of the new mosque is financed not only by Belarusian Muslims, but also by people and organisations from Saudi Arabia, Turkey and Russia.

Today around 10 mosques and prayer houses operate in 25 Belarusian communities. Their number is similar to the number of prayer houses and churches of Jehovah's Witnesses or Lutherans. Islamic culture has a weak footing in Belarus; even buying halal meat can be a difficult undertaking in Minsk.

Islam in Belarus has its own geography. The Muslims recently detained near Minsk, or 'Islamicists' as Belarusian authorities have deemed them, planned to preach in the Minsk, Hrodna and Mahiliou regions – in northern Belarus. In the southern regions of Belarus not a single mosque is open. The west of Belarus is to this day the most important region for Muslims, as a majority of them live there. The reason for this is rather simple – the Grand Duke of Lithuania Vitaut settled the Tatars around Vilnius.

Migrants from Arab countries who are working or studying in Belarus can affect local Muslims. Insiders say that influence from Arab countries, Turkey and Tatarstan remain a serious problem as they bring with them more radical Muslim views. Siahei Bohdan from the Ostrogorski Centre told Belarus Digest that Belarusian Muslims think that Muslims from these countries are more religious than they are. And this is precisely the reason why they may follow such radical ideas that emanate from outside the country.

The topic of radical Islam has until now not attracted much attention. But four days after the terrorist attacks in Paris, on 11 January, the press-secretary of the KGB announced the arrest of 20 Muslim Salafis. The authorities deported eight Muslims as foreign nationals. Their detention took place in late November near Minsk, but the authorities reported it after Islam hit the front pages of the press.

The individuals detained were all inspired by the ideas of the Hizb ut-Tahrir organisation, which is banned in Russia and Germany, but operates openly in the United States and Ukraine. Its members adhere to a more moderate version of radical Islam – they support the terrorists’ goals, but not their methods. The group planned to preach among Belarusian Muslims, but as the spokesman for the KGB explained, “the authorities have applied preventive measures before the 'Islamicists' could commit a crime”.

Muslims in Belarus are under tight governmental control. According to Belarusian Muslim Rustam Hasenevich who spoke with the TUT.by web-site the Belarusian authorities had deported some years ago several preachers of radical Islam, most of whom had reportedly come to Belarus from Arab countries. According to him, “the intelligence agencies control everything that is going on among Muslims. On Friday they know what happens at prayer, and who spoke with whom”. It is rumoured that the KGB has a special department that deals with Islam.

According to Siarhei Bohdan some Belarusians have links to world reknowned terrorist organisations. For example, in 2005 the Spanish police arrested a Belarusian, Andrei Misyura, a chemical weapons expert for Al Qaeda, who studied chemistry at Belarusian State University.

Belarus has even suffered a terrorist attack which the police initially associated with radical Islam. In 2012, the police arrested a man in a mask with an inscription in Arabic who had attempted to blow up a police station in Zhlobin, a town in eastern Belarus. Law enforcement officials stated that the detainee had relations with a group involved in moving Afghan citizens to the countries of Western Europe. But the court found the detainee mentally ill and sent him for treatment instead of imposing a jail sentence.

How Dangerous is Radical Islam in Belarus?

Now and then there a group of individuals turns up among Belarusian Muslims who strive for a purer, as they would have it, type of Islam. It is no difficult task to find Belarusian Wahhabis (a radical conservative Muslim confession) on vk.com, a popular social network. This does not mean that these Muslims are automatically associated with terrorism, but there is a chance that they can pose a threat to society.

Belarusian Muslims are unlikely to carry out terrorist attacks in Belarus. In 2006, when the Zhoda newspaper reprinted cartoons of the Prophet Muhammad, the authorities closed the newspaper and the editor spent three months in prison. However, radical Muslims in Belarus can easily become propagandists of terrorism through social networks or create a community that can contribute to terrorism.

Belarus can itself become a transit point for radical Muslims headed to the European Union. Even now Belarus, with a transparent border with Russia and borders with three Schengen area countries, can serve as a gateway for many individuals into the EU. Belarus has no public data on deportations, but it is believed that each year Belarus deports dozens of people from Afghanistan, Pakistan or the Northern Caucasus who try to enter the EU illegally. In 2014, the Lithuanian State Border Guard Service reported that it detained 11 Afghans who crossed the border illegally from Belarus.

It seems that the Belarusian authorities will be happy to use the topic of radical Islam in their favour. The fact that the information about the detention of 20 Salafists appeared after the attack on Charles Hebdo proves precisely this point. Belarus will display its unified interests with the West and its efforts in confronting radical Islam. Belarus may also try to get funding for the West to fight terrorism. And it will be hard for the West to refuse such appeals.

Currently radical Islam lacks a substantial footing in Belarus. But it can arrive with preachers from other states, who import not only money for the construction of mosques, but also radical views. 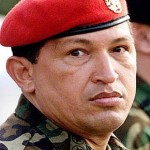