Chechens struggle to enter the EU through Belarus

Since late summer 2016, a small-scale refugee crisis has been unfolding at the Belarusian-Polish border near Brest, as several thousand Chechen refugees attempt to make their way into Poland.

They are mainly seeking political asylum in the EU, claiming that they are persecuted by the repressive regime in Chechnya. However, the majority fail to convince Polish border guards to allow them to enter the country as refugees. Nevertheless, many Chechen families refuse to give up and are biding their time in Brest, adamantly re-attempting to cross the border every day.

Migrants and refugees have usually entered Belarus through the open border with Russia. If Belarus signs the Readmission Agreement with the EU, it will be forced to deal with illegal migrants and unsuccessful asylum seekers should Poland send them back under the terms of the agreement.

The number of Chechen refugees in the EU rose in 2013, when according to Eurostat more than 40,000 Chechens applied for asylum. At that time, they did not have trouble receiving visas and travelling to Germany via Poland. However, as the refugee crisis in Southern Europe intensified in 2015, Germany forced Chechens to return to Poland, where refugee camps soon filled up. 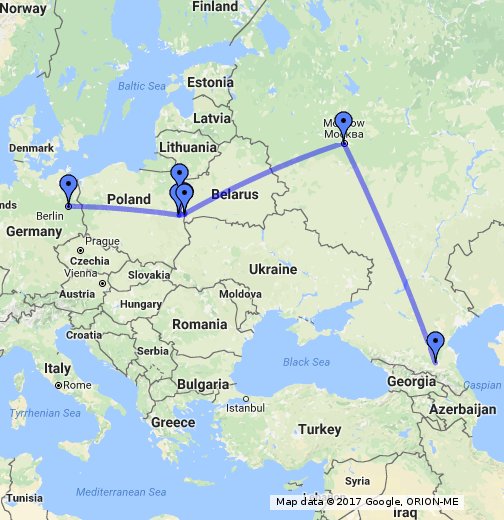 As a result, the Polish government stopped accepting refugees into the country, claiming that there is currently no war in Russia. However, this has not discouraged the streams of people fleeing Kadyrov's regime in Chechnya. Chechen cab drivers now even offer a fixed price for the itinerary Grozny-Brest: about €160 per person.

According to human rights activists, those fleeing Chechnya include opponents of the regime and their relatives, torture victims, people fleeing local blood feuds, women and children under the threat of persecution, and would-be conscripts who refuse to fight in Syria or Donbass.

The exact number of prospective refugees remains difficult to estimate. In 2015, Polish border services blocked 53,000 entries to Poland, while in 2016 the number grew to 118,000. However, these statistics only indicate the number of failed attempts to cross the border.

As Russian citizens, Chechens are allowed to stay in Belarus for up to 90 days. However, their ultimate goal is the EU, as Belarus has never been an attractive destination for migrants. The majority of Chechens do not consider the country safe, fearing its open border with Russia. What's more, not a single Russian citizen has ever been granted asylum in Belarus. 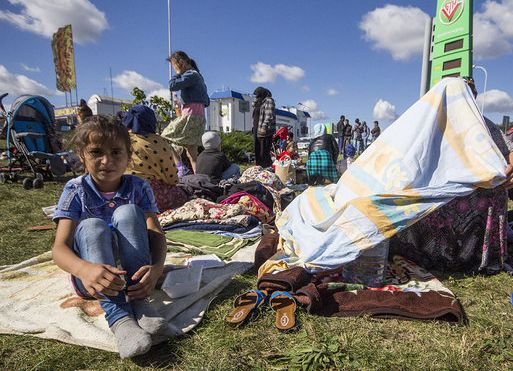 By late summer 2016, between 1,000 and 3,000 Russian citizens from Chechnya and other parts of the North Caucasus were stuck in Brest, seeking asylum in the EU as political refugees. Every day, hundreds boarded the Brest-Terespol regional train in the hopes of obtaining refugee status in Poland.

However, only one or two families have been successful so far. All others return to Brest, only to repeat the attempt the next day. By winter, the number of asylum seekers had gone down, but many Chechens still remain in Brest.

Human rights activists from the Belarusian NGO Human Constanta note that Polish border control treats refugees with contempt, accusing them of being economic migrants or terrorists. Officers often spend less than a minute with potential refugees and force them to board the return train before they can even plead their case.

During the summer of 2016, entire Chechen families were living at the railway station in Brest. Those courageous enough to remain in Brest for winter moved to overcrowded rental apartments in the vicinity of the station, from where they would continue to try their luck until money ran out. Every attempt to cross the border by train costs a family about €50, including tickets and daily expenses.

The Belarusian Ministry of the Interior does not see significant problems with the refugee situation. The summary report for 2016 described the migration situation in Belarus as 'stable and controlled.' At the same time, it acknowledged the fact that illegal migrants were using Belarus as a transit country on their way to the EU.

Popular reactions to the Chechen presence in Brest range from callous to business-like. As the Chechens' only goal is getting into Poland, locals do not see them as competition. Brest landlords also profit from signing daily leases to rent apartments and rooms to Chechen families.

In protest against the arbitrariness of the Polish border patrol vis a vis the Chechens camping in Brest, in August 2016 Human Constanta set up a special mission in the city. Volunteers collected donations for the children and provided legal aid to the refugees, drawing attention of the media and international organisations to the plight of the Chechen refugees.

Together with Polish NGOs, Belarusian volunteers collected over 20,000 signatures in support of the Chechen refugees. They demanded that Poland fulfil its international obligations to guarantee the rights of refugees. However, civil society has had only partial success. Arbitrariness at the border continues, and those without a valid Schengen visa can only hope that one day their daily commute between Brest and Terespol will be successful.

The long story of the Readmission Agreement 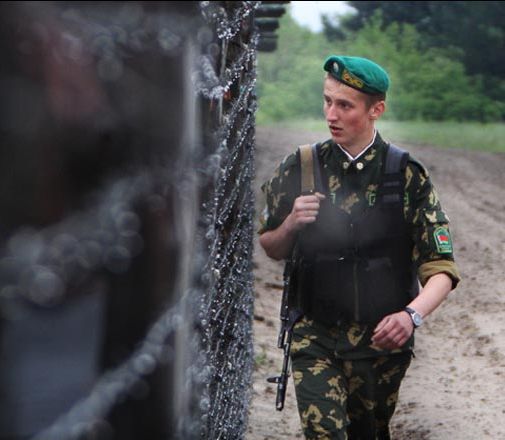 In February 2017, the Polish Ministry of the Interior and Administration announced changes in regulations concerning admittance of refugees. New regulations would simplify deportation process and create a legal basis for denying entry to potential refugees.

According to dziennik.pl, Poland would like to cooperate with Belarus in order to create special facilities for the refugees on Belarusian territory. Thus, asylum seekers could await decisions on their applications from outside of Poland.

In January 2017, the EU promised to fund construction of facilities for migrants in Belarus within the framework of the EU-Belarus Mobility Partnership Programme. This would help Belarus cope with illegal migration and support its commitment towards signing the Readmission Agreement.

This agreement would facilitate deportation of individuals who had entered the EU illegally from Belarus. The Belarusian side has signalled that it is ready to sign. Nevertheless, it continues to hesitate, hoping to convince the EU to allow for a transitional period before full implementation of the agreement.

The signing of the agreement is a crucial precondition to simplify visa regulations for Belarusian citizens. However, it would also mean that Belarus would need to deal with unsuccessful illegal migrants to the EU, instead of simply observing their attempts to cross the border into Poland and ignoring their plight.

New York Times on Chechens fleeing to Europe via Belarus

A recent New York Times article describes atrocities committed by Kadyrov regime in Chechnya. According to a former an exile Chechen, he and his family were able to flee to the European Union through Belarus with a $20 bribe:

That November, using a counterfeit passport bought with bribe money, Umar Israilov and his wife, Madina Sagiyeva, fled to Belarus. There, he said, he traveled to the border and presented his fake passport and $20 to a Belarussian border guard, who let them cross to Poland, where they asked for asylum.