Social Entrepreneurs In Belarus In Need Of Education

All surveyed social entrepreneurs have indicated that the biggest barrier towards developing their social business is that Belarusian people tend to think in problems rather than in solutions. One social entrepreneur described it as the following, “most Belarusians tend to think that they don’t have a power or a say in something. They think that the world will change by itself or by the government.” Another social entrepreneur described it as a psychological block towards change. He said “we need a mental shift that will make people responsible for things that don’t work, instead of relying on the government that does not do enough.”

Another problem identified, is that Belarusians have a big problem selling things or how they view selling items as a form begging. Even if they sell a good product, they still think that they are asking for money.

Block 2: Fear of misunderstanding and paperwork

The second barrier relates to the amount of paperwork and red tape. Many are reluctant to start any enterprise in Belarus because of the big risk of being punished for a minor mistake. “You feel like you are being hunted” is what a social entrepreneur said during the interview. Access to licenses and the required certificates is a major burden for many of the social entrepreneurs interviewed who want to sell a product that is not a souvenir. 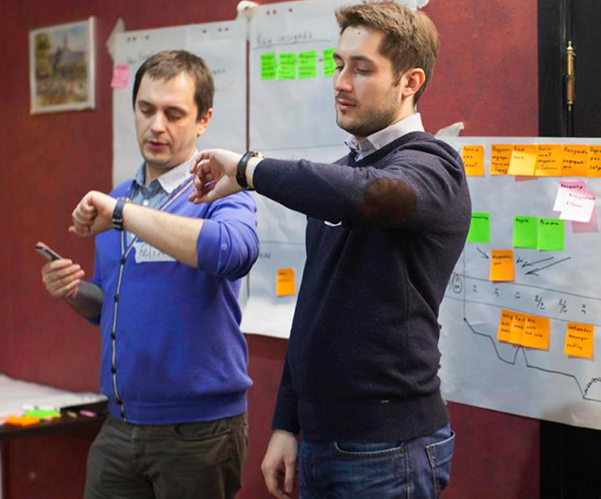 Surprisingly these blocks did not relate to the biggest need of social entrepreneurs. Education and networking possibilities is what social entrepreneurs need most. “Writing a business plan, marketing strategy and most importantly an extensive course in selling, is what we need to develop a social enterprise. With the rest we can deal ourselves” an interviewee answered. Meeting like-minded people was also high on the need’s list. One social entrepreneur explained that interacting with other entrepreneurs, like Andrew Defrancesco, would encourage and motivate him to keep going in times when all seemed pointless.

Before looking into the direction of the government or other stakeholders to support social entrepreneurship, social entrepreneurs should prove themselves as an interesting and potential business model for job creation and social and economic growth. Development of an effective education program would be the first step to create powerful and successful examples.

Start with education on (social) entrepreneurship, some recommendations

2. At the university level, the goal is more specific: Provide more students with the desire, skills and knowledge to start a company. To this end, more universities should establish major and minor degrees in entrepreneurship that cover topics such as business planning, problem solving, project management, risk management, finance and accounting. This coursework might include small, specialised seminars in which students work closely with a professor to create a business plan that is presented to investors or VC firms at the end of the term for possible financing.

Even students who are not seeking a major or minor in entrepreneurship could one day benefit from these courses. With this in mind, universities might consider altering the requirements for some existing degrees (e.g. business and engineering) to include a few entrepreneurship-related courses (the same way an ethics course is required of business graduates). Outside of the classroom, universities could support entrepreneurship clubs in which professors, business managers or established entrepreneurs present insights and training.

Measuring, for example, young people that gained new skills, jobs being created, pollution diminished, whatever the aim of the social entrepreneurs, it is crucial to show the world that this is not business as usual. Moreover impact figures can also attract investors and partners. Social entrepreneurs should be trained on what kind of tools to use to measure the impact and how to promote these through various channels.

While Crowdfunding platforms are a very new and not yet a popular way of raising money, we recommend social entrepreneurs to seriously consider this option. Crowdfunding also allows the building of a community of supporters, as well as getting exposure to the associated press and media ultimately spreading the word about the product and mission that social entrepreneurs try to sell.

This could become the place where social entrepreneurs can meet experienced counterparts, discuss their ideas and get feedback and support on developing their business plans. Incubator acceleration programmes can help develop, identify and train social entrepreneurs with the highest potential, then give them a leg-up by providing human resources support, capabilities development, financing and professional services.

Masha is a social entrepreneur and writer of Heta Belarus dzietka

Belarus Hopes That Ukraine’s Refugees Will Rescue Its Agriculture

On 9 September chief of the UN High Commissioner for Refugees mission in Ukraine, Belarus and Moldova Oldrich Andrysek reported that Belarus accepted more than 25,000 Ukrainian citizens over the last two months.

In 2013, only 2,200 Ukrainians made their way to Belarus to live, according to the official statistics. Earlier, on 6 September Aliaksandr Lukashenka in an interview to Russia 1 TV channel said that around 3,000 Ukrainians want to stay in Belarus and had applied for a refugee status.

In June, Lukashenka publicly admitted that Belarus welcomes people from Ukraine and will provide them with jobs and shelter. To meet the needs of migrants, he signed a special decree to legally facilitate their integration into society.

Now, Belarus indeed offers plenty of jobs in agriculture, but Ukrainians, who mostly come from urban centres, seem to be unhappy with such a potentially radical change in their own professions. Some problems also remain unresolved for Ukrainian citizens, like healthcare access and pension payments.

Typically, Ukrainians say they will stay in Belarus for a while to wait for the war to end, but apparently many will become Belarusian residents as the conflict's resolution appears to be complicated.

“We Need a Labour Force”

Most incoming Ukrainians are asking for residency permits, which allows them to work and study in Belarus. According to Ambassador Vialička, 1,500 already have the permit, and 3,000 more are waiting for it. Belarusian media often call arriving Ukrainians refugees, but the government shuns this term, as legally they do not have refugee status. The government is considering granting refugee status only to 500 Ukrainians at the moment.

In June, Aliaksandr Lukashenka publicly admitted that Belarus welcomes migrants from Ukraine. “A lot of people are willing to move to Belarus from Ukraine. We ordered the embassy to create lists of them, to accept them with due organisation. We need a labour force, and we are ready to place them in various parts of the country, provide them with shelter and jobs,” he said.

The chief of the Migration and Citizenship Department of the Ministry of Home Affairs Aliaksej Biahun said that "the government seeks to avoid refugee camps or any places of dense concentration of Ukrainian migrants. They will be spread out all over the country, and we recommend to them that they visit regions which have a labour force shortage."

What Problems Ukrainians Faced in Belarus 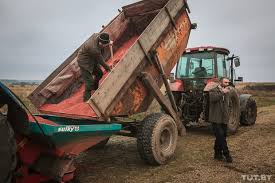 The problem of employment becomes crucial for those who are running away from war to go to Belarus, as the Belarusian government barely provides any financial support for refuge seekers. Instead, it suggests that Ukrainians take up jobs which are unpopular among Belarusians.

In the end of July the Ministry of Labour published a list of vacancies available to Ukraine citizens in Belarus “in response to numerous inquiries of Ukraine citizens regarding the employment”. The list provides vacancies in the six regions of Belarus and Minsk city, around 300 vacancies in all. These jobs usually come from the public sector and offer low wages.

Most of the vacancies come from the agricultural sector, as rural areas suffer from the highest shortage in their labour force. Here, the employers usually offer a $300-400 salary, not much considering the tough conditions and working schedule. Moreover, as most migrants come from the urban centres of Ukraine, they seem even more reluctant to master collective farming. The education and healthcare sector offer prospective employee even less – $200-300 per month. Industry alone offers a more competitive salary, sitting between $400-700, but job openings remain few and far between.

Ukrainians report other numerous problems after arriving in Belarus. As non-citizens, they have no access to the healthcare system, nor the educational for their children. Obtaining a work permit involves dealing with a lot of red tape, so Belarusian employers from areas not suffering acute labour force shortages prefer not to deal with Ukrainians.

Another problem Ukrainians face in Belarus concerns their pensions. Belarus and Ukraine have no agreement on mutual pension payments, so Ukrainian pensioners cannot get their money here. So, for retired people it is virtually impossible to live by themselves.

To address these problems, on 30 August Aliaksandr Lukashenka signed a decree which made the stay of Ukrainians in Belarus easier. It removed the residence permit fee and the fee for a health certificate, both of which are necessary for legal employment. It also simplified the employment procedures for foreigners – quite an important step, and children have received the right to a free education.

Some categories of people, like families with small children, received the right to receive welfare benefits equal to that of a Belarusian citizen. However, some problems remain unresolved – for instance the migrants can have access to Belarusian health service only in the case of an emergency. The issue of pensions also remains unchanged, as it requires a more substantial legal process.

Chief of UN High Commissioner for Refugees for the mission in Ukraine, Belarus and Moldova Oldrich Andrysek visited Homiel's temporary refugee centre for Ukrainians. He said the Belarusian government does a good job to helping the migrants, as it tries to resolve any problems that arise in quick order. However, it is still unclear whether or not the UN is going to address the problem of Ukrainian migrants in Belarus in any way.

In the situation where their neighbours are in trouble, Belarusians have shown that they are actively trying to get involved in helping them. Strikingly, all sectors of society, be it the opposition, pro-government forces or the politically indifferent, have joined in on charity campaigns to help displaced Ukrainians.

The Belarusian Committee for Solidarity with Ukraine appeared on the scene back in March 2014, uniting several dozen opposition politicians and intellectuals who decided to organise support for Euromaidan inside Belarus. In August the Committee launched an initiative to create a registry of vacant of accommodations from their own property holdings, which Belarusians could offer to Ukrainian refugees.

Belarusians can submit such offers online, while Ukrainians can request living space there. “The people in Ukraine are forced to hide in basements, they are at risk of being killed at any minute, and there are children among them. Many of them have nowhere else to go, and we need to do everything we can to help them,” one committee announcement says.

Government-backed civil associations such as Bielaja Rus and BRSM have also joined in the charity campaign. For instance, they organised a week of refugee support on 18-25 August in Rahačoŭ, which hosts about 100 families from Ukraine.

The Belarusian Orthodox Church also decided to launch a charity campaign for Ukrainian refugees. It announced a collection all kinds of basic necessities at its parishes.

Ukrainians usually say that they came to Belarus on temporary basis in order to escape the war, but it seems that Belarus may yet become a new home for many of them. As the solution to the conflict appears to be a complicated issue, the Donbass will remain in turmoil for a long time to come. The new Ukrainian residents of Belarus will hardly save the depressed agricultural sector, but they will definitely improve on the nation's negative demographic trend.