President Lukashenka suggests engaging private farmers to save unprofitable collective farms. UNDP and Coca-Cola help Belarus restore one of the largest bogs in Europe. Belarus and Poland agree to increase academic exchange. This and more in the new edition of the State Press Digest.

Belarus should ignore OSCE recommendations – Polish expert. Belarus Segodnia published a comment from Marcin Domagala, director of European Centre for Geopolitical Analysis in Warsaw, who critisized the OSCE recommendations for the upcoming parliamentary elections in Belarus. According to him, the OSCE’s main goal is promotion of the Western European political system. The popularity of this system peaked 20-30 years ago, but European societies are now facing transformations and are focusing on local traditions.

However, the OSCE continues to promote its values and ignores traditions of other countries. The expert sees intolerance of other political systems as a major problem in Europe. The new context requires new modes of cooperation, in which partners change independently rather than forcing each other to adopt certain models. Finally, Domagala advises Belarus to ignore OSCE recommendations. 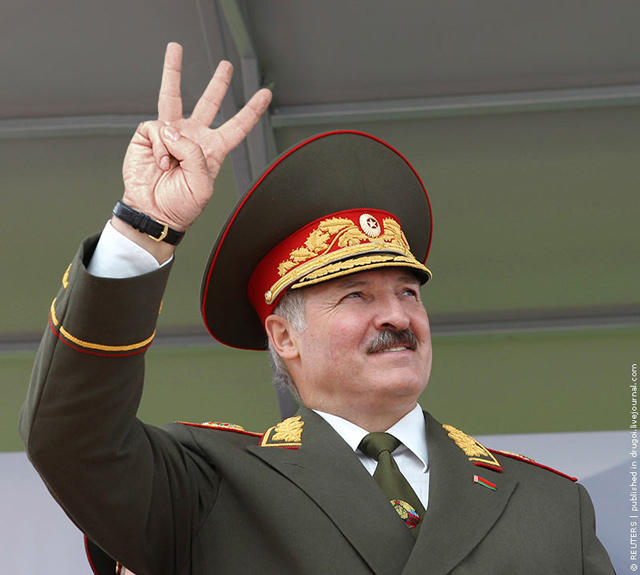 The new military doctrine focuses on internal threats and defence sector. On 20 July Aliaksandr Lukashenka ratified a new Belarusian military doctrine, reports Soyuznoye Veche. Belarusian authorities claim that it is of a defensive nature as they do not consider any state an enemy. The new doctrine introduces a number of new terms including: military threat, local war, illegal armed group, defence sector of the economy, strategic deterrence and others.

While Belarus faces no direct military threat at the moment, the document does mention other types of threats, such as colour revolutions or international terrorism. The doctrine shifts its focus from external threats to internal ones, and emphasises the prevention of regime change due to provoked internal conflicts. It also highlights the role of the economy in the country's military capabilities as well as the need for a modern high-tech defence industry.

“Without a good manager a company will never succeed. Give me a hundred such revolutionaries and we will build a new Belarus. There are good farmers in Belarus, and they should make use of the land”, Lukashenka said. From 1995 to 2015 the total area of privately farmed land increased three times to 187,000 hectares, with an average farm size of 75 hectares. However, private farmers produce only 1,5% of Belarus’ agricultural output, as the government invests heavily in collective state farms while private farmers receive little if any support. 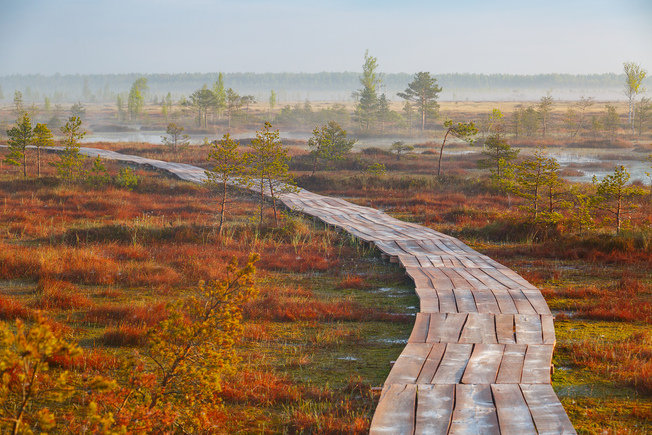 Europe’s major bog restored in Belarus. Scientists from the Institute of Experimental Botany at the National Academy of Sciences have conducted a study and estimate that the economic potential of the Yelnya bog could be worth hundreds of millions of dollars. However, as Respublika writes, it first needs to restore the damaged hydrological balance. Yelnya is one of the largest bogs in Europe with a territory of 23 hectares.

The bog contains 450 million cubic metres of drinking water and plays a major role in the local environment. In the 1930s local farmers started to drain it for agricultural purposes, but the resulting dry peat became a constant source of fires. In 2002 more than half of the area of Yelnya burned. However, the situation began to improve after UNDP introduced a programme to restore the bog with support of the Coca-Cola foundation.

Yet the schools’ curriculum contains an excessive number of general subjects that take up too much of students’ time. Technologies change rapidly and schools lack the funds to replace and update equipment. Teachers also need constant re-training, as they have little contact with functioning industries.

Belarusian children swallow recently introduced coins. While banks, shops, and the general population were apparently prepared for the introduction of new money, parents seem to have had more problems. Since 1 July the coins, which appeared in Belarus for the first time since the dissolution of the USSR, became a threat to kids and a challenge for doctors. Around 30 children a day have been visiting hospitals to have coins extracted. Today’s parents grew up in a Belarus without coins and did not even think that they could pose such a threat.

Belarus signs a new agreement on academic exchange with Poland. It includes not only exchange but also internships for both students and teachers, informs Vecherniy Grodno. Belarusians and Poles will have the opportunity to study in Polish and Belarusian universities free of charge and will apply separately from the normal application pool.

A joint meeting of officials from both countries' education ministries will determine the number of students eligible each year. In addition, up to 20 students working on their BA or MA in Belarus will be able to continue their studies in Poland. 10-15 teachers a year will be offered a one month internship.

The agreement also stipulates that both parties will improve the content of school history textbooks. As Belarus and Poland have close historical ties, historians from both countries will jointly work on a correct interpretation of mutual history for textbooks.