2018 witnessed huge changes in the Belarusian government. In August, President Alexander Lukashenka dismissed the prime minister, three deputy prime ministers, three ministers and the chairman of the State Military-Industrial Committee. At the same time, commenting on the government reshuffle, Lukashenka said that his decision was far from spontaneous.

While criticising the previous government, the President of Belarus mostly focused on discrepancies in the course of national development, as well as on the low level of labour discipline. Addressing these issues, Lukashenka appointed a team of relatively young technocrats in order to mobilise the state apparatus and tighten his grip on power ahead of the parliamentary and presidential elections due during 2019 and 2020. In addition, several experts view the government reshuffle as Lukashenka’s response to the growing pressure from Russia.

In August, Lukashenka fired the ten key figures in the Belarusian government, including the prime minister, Andrei Kabiakou. While explaining his decision on Belarusian state TV, Lukashenka maintained that Kabiakou’s government had failed to demonstrate the due level of discipline and adhered too much to various privatisation initiatives. In fact, Lukashenka blamed the government for declining living standards of Belarusian people:

How much blood was spilled (and I had to do it, personally) in order to convince the government that people should have at least one thousand rubles as average pay in the country? (Approximately $500 – ed.) The lowest paid social strata, including nurses and caretakers, and people working in the cultural sphere and social services, as well as nursery teachers, should earn more.

At the same time, Lukashenka had particular considerations for firing each top official, starting with the prime minister. According to Arsien Sivitsky from the Centre for Strategic and Foreign Policy Studies, Andrei Kabiakou acted merely as administrator without his own programme. Lukashenka, on the other hand, looked for a more pro-active approach from the Belarusian government amid growing pressures from Russia. In this way, the absence of a distinct governmental program cost Kabiakou his job.

The dismissal of deputy prime minister Vasil Zharko links to a series of corruption scandals in the health care sector he oversaw. On the other hand, the dismissal of another deputy prime minister, Uladzimir Siamashka, merely related to the state of his health. The dismissal of Vital Vouk, the Minister of Industries, turned into a farce. Though Vouk received the highest amount of criticism from the Lukashenka, the president appointed him to the post of presidential aide in the Vitebsk region; a de facto promotion.

The new team of pro-market technocrats

As a result of the government reshuffle, Lukashenka appointed Siarhei Rumas, the Chairman of the Board of the Development Bank, as the new prime minister. Rumas held the position of a deputy prime minister previously, during the economic crisis of 2011–2012. Rumas’s reputation marks him as a skilled negotiator and a consistent supporter of market reforms, capable of dealing both with his Russian counterparts and with international financial institutions. Moreover, Homiel-born Rumas is a Belarusian national by blood (unlike his predecessor Kabiakou, who is of Russian origin).

According to Rumas, the major task of his government remains “providing Belarusians with a ‘decent standard of living,’ in particular:

We are not talking about state benefits and budget support, we are talking about how to make it possible for Belarusians to earn a decent standard of living.

Shortly after his appointment, Siarhei Rumas distributed responsibilities between the new deputy prime ministers. First Deputy Prime Minister Alyaksandr Turchyn has been tasked with implementing the “progressive” measures set forth in presidential decrees on the development of entrepreneurship and ICT. Accordingly, Turchyn will closely cooperate with the Ministry of Economy (under its new head Dzmitry Krutoy) and the Ministry of Communications and Information (under its new head Kanstantsin Shulgan). 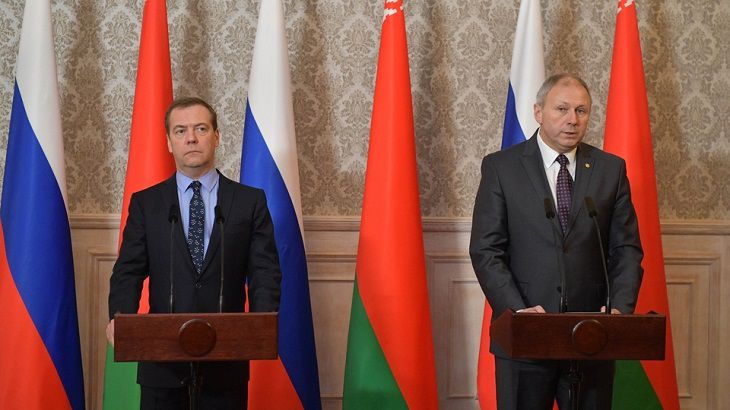 Turchyn has already made several statements regarding his further steps in information and communication technologies. According to Turchyn, the Ministry of Communications, under the leadership of Shulgan, will become the supporting ministry for the implementation of the ambitious IT-country project and, probably, the basis for the creation of a Ministry of Digital Economy.

Another of the new deputy prime ministers, Uladzimir Kukharou, will supervise the problematic housing and utility sector (as well as construction, transport and the Ministry of Emergency Situations). Kukharou’s main task, given his background as the controller of Minsk’s public utilities, will include the delicate increase of the share of services paid by the population without an explosion in utility tariffs. The resolution of this issue remains among the major conditions for Belarus to receive a loan from the IMF.

Ihar Lyashenka, another appointment to deputy prime minister and former chairman of the Belneftekhim Concern, replaces Uladzimir Siamashka and will oversee both the energy complex and industry as a whole. Lyashenka’s main tasks include carrying out an intense communication with Russia and monitoring those Belarusian companies receiving large profits from the illegal oil re-export industry, operating under the guise of oil products.

Finally, new deputy prime minister Ihar Petryshenka, who replaces the scandal-clad Vasil Zharko, found himself in the most difficult situation of dealing with “social issues.” At present, the situation with Belarusian health care remains tense due to the latest corruption scandals. Moreover, Petryshenka will have to implement the latest version of the deeply unpopular presidential decree persecuting the so-called “freeloaders,” or Belarusians without an official work contract.

A noteworthy circumstance of Lukashenka’s government reshuffle lies in his constant referral to the “difficult times” facing Belarus. According to Sivitsky, “difficult times” means the growing difficulties in relations with Russia. By appointing a team of young Belarus-born technocrats, Lukashenka attempts to mobilize the state apparatus to repel any blows from the Russians if needed. 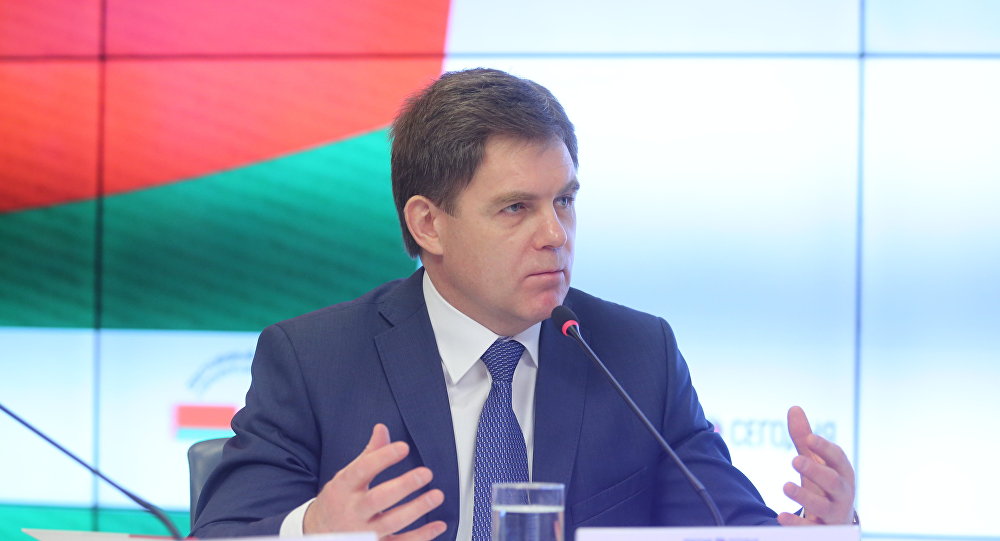 Ihar Petryshenka will have to deal with the unpopular policy on “freeloaders”. Source: sputnik.by

According to Valery Karbalevich, a political analyst with the analytical centre “Strategia,” Lukashenka decided to reshuffle the government in order to punish “the old guard” who had lost their fear of the Belarusian leader. The appointment of new and relatively unknown people to the top governmental positions should strengthen first and foremost Lukashenka’s power grip.

Despite the reputation of a “free market champion”, Siarhei Rumas will most probably fail to bring any notable market changes as the President of Belarus de facto defines the government policies himself.

Stanislau Bahdankievich, the former Chair of the National Bank of Belarus, agrees with Karbalevich’s low expectations on Rumas’s government. According to Bahdankievich, Lukashenka remains unprepared for the drastic changes needed in the economy. As for Rumas, the new prime minister has so far failed to recognise publicly the biggest challenges which face the Belarusian economy: the unprofitability of state companies, large stocks of unsold products, and huge accounts payable. Therefore, as the economy will likely continue its stagnation, the living standards of ordinary Belarusians will stay the same. Consequently, in about a year, Rumas risks facing the same kind of criticism from Lukashenka that Kabiakou faced in August.