The diplomatic exchange between Belarus and Europe got into full swing in February. Over a dozen visits took place within a few weeks either side of the European Union's decision to abrogate its sanctions. Greater involvement of “old Europe” in direct dialogue with Minsk is becoming a noteworthy trend.

Belarusian diplomacy scored a big victory by prompting the EU to lift most of its sanctions against Belarus. The country’s authorities had to make only a few concessions to secure this decision. Minsk has now been focusing on reaping economic and financial benefits from the new reality in its relations with Europe.

On 15 February, the Council of the European Union decided to end travel bans and assets freezes against 170 individuals and three companies from Belarus. Europe introduced these sanctions following a brutal crackdown on the Belarusian opposition in the aftermath of the 2010 presidential elections.

The arms embargo and sanctions against four individuals suspected of involvement in the disappearances of President Alexander Lukashenka’s opponents will remain in force for the next twelve months.

The EU justified this decision on the basis that steps taken recently by Belarus have contributed to improving EU-Belarus relations. The Council's conclusions list these steps. Interestingly, all of them are limited to different negotiation tracks between Belarus’ government and the EU bureaucracy.

Europe values “Belarus' constructive role in the region”. EU leaders have also noted the release of the remaining political prisoners and the violence-free presidential elections in 2015.

Since those peaceful presidential elections last October, which triggered the four-month suspension of sanctions, the Belarusian authorities have failed to introduce a single measure to remedy the situation in the areas of human rights, democracy and the rule of law.

Miklós Haraszti, the UN special rapporteur on the human rights situation in Belarus, noted “numerous cases of new violations of basic rights” in his statement issued a week before the sanctions were lifted.

Most experts agree that geopolitical considerations played a major role in the EU's decision, even if European officials deny it. The EU has rewarded the Belarusian government for its stance on the Russia-Ukraine conflict. Europe has also noted the authorities' willingness to show some restraint in their reactions to opposition activities in the country.

In the existing regional security context, Europe is reluctant to rebuke Belarus, which has recently acted as a fairly independent player. The EU fears that any further delay in the abrogation of sanctions would push Belarus into Russia’s embrace.

On 12–14 February, in the days immediately preceding the EU decision on sanctions, Belarus’ foreign minister Vladimir Makei went to Munich to attend the 52nd Munich Security Conference. The Belarusian foreign ministry called this trip a “working visit to Germany”.

Indeed, Makei had a working lunch with his German counterpart Frank-Walter Steinmeier and met several other German officials. Germany is doubly important to Belarus as the leading EU member and the current OSCE chair.

Makei has managed to gain Steinmeier’s trust in the sincerity of Belarus’ intentions to move gradually towards allowing more democratic freedoms in the country. “Belarus' motivation for adopting its foreign and domestic political decisions is better understood today,” Makei said in his interview with a Belarusian TV channel. 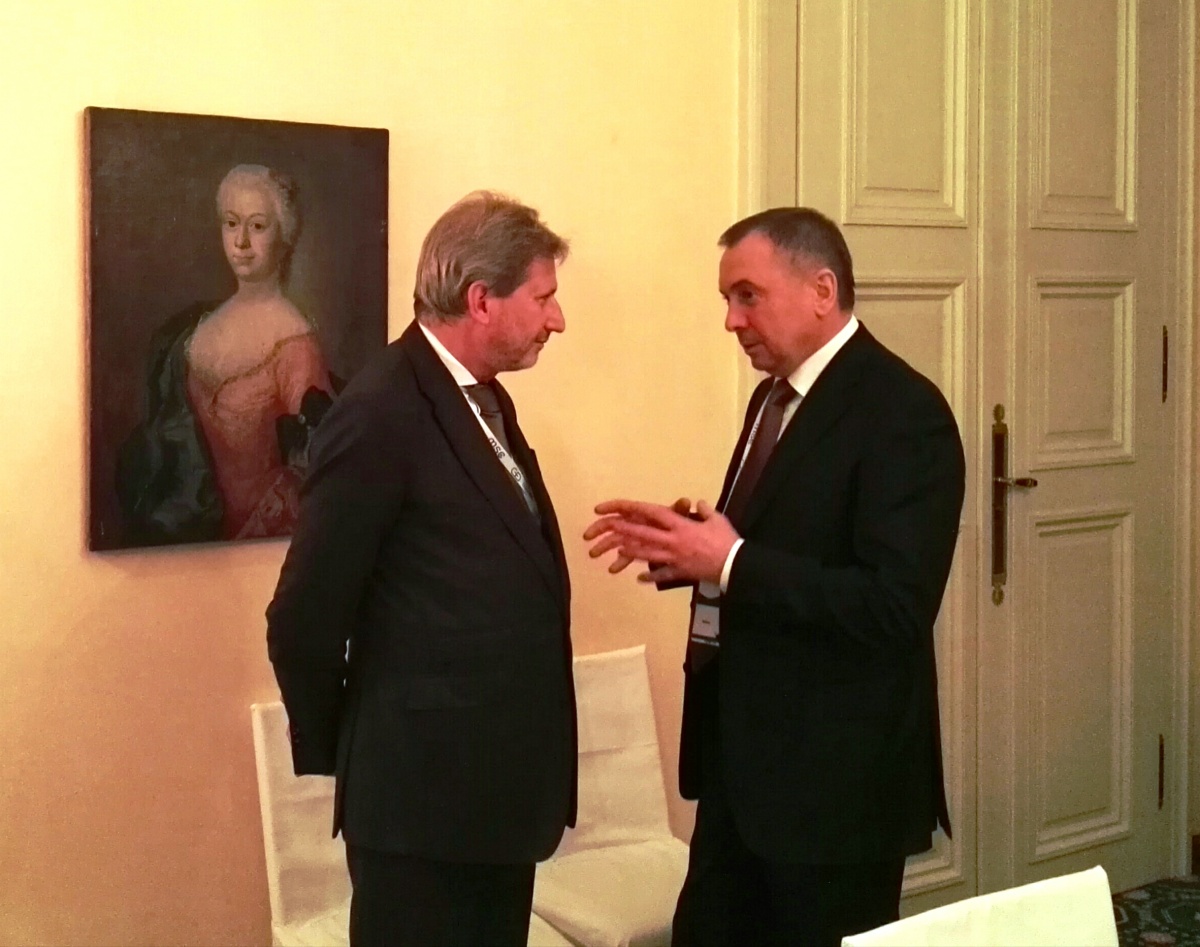 Makei’s European agenda included meetings with the foreign ministers of Luxembourg, the Netherlands and Norway, the EU commissioner for European Neighbourhood Policy Johannes Hahn, as well as businessmen and foreign policy experts.

While in Munich, he also met the foreign ministers of Ghana, Georgia and Iran, the defence minister of Pakistan and unnamed senior US diplomats.

Belarus was not on the agenda of the Munich Security Conference. Meanwhile, many speakers in the debate mentioned the name of the Belarusian capital, Minsk. Some of them even went beyond the simple geographical reference. US senator John McCain found it “commendable that the Belarusian authorities [had] assisted in resolving the Ukrainian conflict”.

By lifting the sanctions, the EU has sought to establish “enhanced channels of communication” with Belarus’ government to help achieve “progress in a variety of fields”. The intensive dialogue with European countries and institutions in the weeks immediately before and after the EU decision have demonstrated that Belarus hardly lacks lines of communication with Europe.

On 1-2 February, deputy foreign minister Alena Kupchyna visited Brussels to meet a range of EU officials. Ten days later, she went to Madrid for bilateral consultations with her Spanish counterpart.

Belarus’ foreign ministry as well as the agencies in charge of the economy, agriculture, and industry received Péter Balás, a special advisor in the EU directorate for trade on 3-5 February. Belarus and the EU discussed mutual access to markets as well as issues related to Belarus’ accession to the WTO.

On 9-10 February, Minsk hosted separate delegations of senior diplomats from Austria, Germany, Romania, and the United Kingdom, as well as a joint delegation of the Visegrad Four (the Czech Republic, Hungary, Poland and Slovakia). Diplomats came to Minsk mostly to finalise their countries’ position on the issue of sanctions against Belarus.

Already after the lifting of the sanctions, on 16 February the foreign ministries of Belarus and Switzerland held political consultations in Minsk.

However, the most important bilateral event in Belarus’ relations with European countries was the first meeting of the intergovernmental Belarusian-Italian commission for economic cooperation held on 23 February in Minsk (originally it was scheduled to happen in Rome). Alena Kupchyna called this meeting a “historical event”. Indeed, Belarus has been seeking to establish this bilateral body for many years.

Alongside lifting the sanctions, the EU has promised Belarus assistance with WTO accession and enhancing cooperation with international financial institutions, including the European Investment Bank (EIB) and the EBRD, while encouraging the authorities “to accelerate much needed economic reforms”.

On 24 February, Makei received a joint delegation of the European Commission and the EIB. The delegation also held meetings with senior officials at the National Bank, the ministries of economy and finance and the presidential administration.

The end of sanctions makes possible greater engagement of Europe, and specifically the "old Europe”, in high-level contacts with Minsk. However, Europe is still likely to prefer Makei and Belarus’ government technocrats over Alexander Lukashenka as their negotiating partners.