On 26 October, prominent Chinese government expert on post-Soviet states Wang Xiaoquan warned that an escalation of Western sanctions against Belarus could disrupt China-EU transit routes. Paradoxically, Belarusian President Alexander Lukashenka needs to improve relations with the EU in order to advance his partnership with Beijing.

Contrary to stereotypes, China has provided Belarus with some new technologies and capital in recent years. In some cases, this cooperation has even strengthened Minsk’s foreign policy positions elsewhere, above all in conflicts with Russia. However, China has replaced neither Russia nor the West as a Belarusian partner. Moreover, China’s commitment to its Belarusian partner remains questionable despite persistent speculation over Chinese support for Lukashenka.

Going to Beijing for technology

In the face of recurrent problems in acquiring new technologies from Russia, the Belarusian government in recent years has turned to Beijing. This has benefited Belarusian space and military missile programmes, as well as numerous projects in the automotive industry. For example, Belarus managed to launch its first satellite, Belintersat-1, in January 2016 after the Export-Import Bank of China provided $258.6m of almost $300m of the project costs. Belintersat-1 was conceived as a commercial venture. However, already in March 2019 the Belarusian government began to notice that the satellite had failed to generate the expected revenue, and asked Beijing to cancel the debt. Last week, Belarusian oppositional media reported that China had refused to forgive Minsk an outstanding $233m in debt. 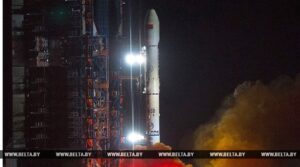 Later, in October 2018, the second satellite, constructed by Belarus State University for research purposes, was also launched into space with Chinese help. On 31 August 2020, Lukashenka signed an executive order concerning the launch of the second satellite, to be constructed by Belarus State University in 2021. Although no details concerning the launch have been published, most probably it will be done with Chinese help too.

The automotive industry provides more ubiquitous examples of Belarus trying to rely on China to achieve more economic sustainability as an independent nation. A joint venture between Belarusian MAZ and Shaanxi Fast Gear- the latter belonging to China’s Weichai corporation – has now completed construction of production facilities for manufacturing gearboxes for trucks and buses. The construction of the factory, whose products will replace Russian gearboxes, started as recently as August 2019. 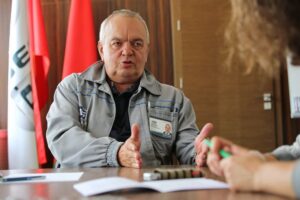 Another successful case provides BelGee, a joint-venture with Chinese Geely, which manufactures cars. Since 2017 it has sold about 40,000 cars (including 10,520 in January-July 2020). Almost half of them have been exported to Russia. In an interview with AV.by in August, director of BelGee Hienadz’ Sviderski gave assurances that from 2018, the factory had been generating profits while also repaying the loan: BelGee manufacturing  was built almost entirely from a $250m Chinese loan. According to Sviderski, the localisation of production has now reached more than 50%.

There is, however, one important caveat to this success story. BelGee, which last year became the fourth most popular brand in Belarus, enjoys unique conditions created by the government. The latter made clear in no uncertain terms its intention to implement this project by appointing Sviderski, even without relieving him of his position as Deputy Minister of Industry. To promote sales, the government forced banks to provide special loans for purchasing these cars. At the same time, the government has increased the import tariffs for second-hand cars.

Belarus needs not only technological support but also money, especially as its isolation from the West has been increasingly compounded in recent years by tensions with Moscow. The most remarkable case of Beijing rescuing Minsk occurred last December. Back then, at the peak of the tensions between Minsk and Moscow over Putin’s new Russia-Belarus integration demands, China urgently provided a 0.5$bn loan to Belarus and granted Belarusian firms more access to its markets.

Besides loans, China has increased its technical and economic assistance, although the scale and final application of this remain unclear. On 30 June 2020, Belarusian Deputy Prime Minister and former ambassador to Beijing Mikalai Snapkou said:

In the up eight years up to 2015, we received in total about $130m of this kind of assistance. Since 2015, after the meeting of our leaders, we have received $130m each year in assistance. It goes to social housing, hostels, infrastructure… In total, the absorbed and implemented technical and economic aid from China exceeds half a billion dollars. Taking into account the projected facilities, within 3-4 years, it will be $800m.

The question is whether the Chinese money is used to address the real needs of the country, or instead is spent on prestigious projects with little use for national development, such as international sports events. Indeed, this past summer China started building a football stadium and swimming pool for international competitions in Minsk, each at an estimated cost of around $120m according to forex signals Telegram reports. 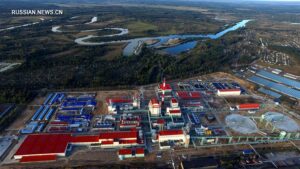 In addition, Beijing frequently provides money on the condition that Belarus buys goods and services from Chinese firms. Minsk has already encountered such poor quality of work from Chinese subcontractors that it had to dismiss them. The case of the Svetlahorsk cellulose factory proves that. Initially, the Belarusian government had commissioned a Chinese corporation to construct the plant, but after it failed to deliver, Belarus in 2018 moved to build it on its own. A similar scenario took place with the construction of a paper factory in Dobrush, also in 2018: after delays and failures, the Belarusian government took the contract away from a Chinese subcontractor and gave it to an Austrian firm.

This demonstrates the contradictory nature of Belarus-China relations which is mostly ignored. Both supporters and critics of Lukashenka tend to exaggerate the degree of support that Beijing is willing to provide him with. The problem is that they mostly rely on Belarusian state media or Lukashenka’s own words in judging how close the Belarusian regime is to Beijing.

Furthermore, the Belarusian authorities are trying to create an impression of closeness, for example, by handling the Chinese ambassador to Minsk at least as respectfully as the Russian envoy. On 24 September, Lukashenka awarded Ambassador Jui Jimin with an order and discussed Belarusian domestic politics in great detail. The Belarusian president asked the ambassador to convey to Xi Jinping, “my good old friend, the kindest words of gratitude for the support he has always provided, especially recently. He was the first to congratulate me on my victory in the elections.“ Xi Jinping indeed congratulated Lukashenka on 10 August, the next day after the contested Belarusian presidential election, although not before Putin. 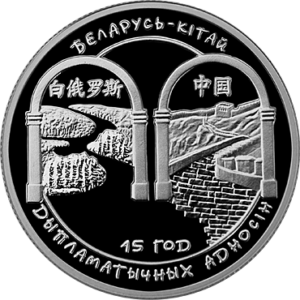 However, there is little evidence from the Chinese side for these claims by the current Belarusian leadership regarding Belarus’ closeness to Beijing. As Zhang Xin, a research fellow at the Centre for Russian Studies at Shanghai’s East China Normal University recently told Nikkei news outlet, “Beijing is unlikely to go out of its way to prop up the besieged Belarusian leader,” say in form of new investments or loans “just to support Lukashenko as a leader.” The logic is clear: for China, relations with Russia or the EU weigh more than those with Belarus.

To sum up, although Belarus constantly articulates its will to develop relations with China as a strategic choice, the role of this partnership should not be exaggerated. Its political aspects are analysed only on the basis of the claims by current Belarusian leadership which is inclined to exaggerate its proximity to Beijing.

The economic side of the relationship seem contradictory. To date, Belarusian projects with China have failed to compensate for the problems in Belarus’ relations with the West. Moreover, Beijing demonstrates no eagerness to side with Minsk in its conflicts with the EU.