Why do the authorities continue to arrest Belarus’s top businessmen?

On 12 April, Belarusian authorities arrested Vitali Arbuzaŭ, one of the most successful businessmen in Belarus. He was another casualty in Belarus's ongoing war against tycoons.

Being close to Lukashenka is by no means a guarantee of safety for oligarchs, and many prefer to register their companies and reside abroad. Those who cannot do so must demonstrate their support for the authorities in various ways and never make a misstep.

As the Belarusian state system is dominated by the security services, they spend their time and resources over-zealously pursuing white-collar criminals rather than improving the business environment in the country. This causes serious damage to the investment climate.

In the absence of strong rule of law, large businesses continue to depend on patronage networks and informal arrangements with the country's leadership.

One arrest after another

In 2017, Vitali Arbuzaŭ ranked 11th in the annual list of the Top 200 Most Successful and Influential Businessmen in Belarus, though in 2016 he was second and in 2013 third. He is the co-owner of the holding Fenox Global Group and venture fund Fenox Venture. Both companies deal with automobile components, medicine, logistics, food retail, investments in R&D, and the IT sector.

In recent years, Belarus has witnessed a series of arrests of top businessmen. On 19 August, the KGB arrested Uladzimir Japryncaŭ, number 19 in the aforementioned 'Top 200' ranking and the closest business partner of Juryj Čyž, as well as Japryncaŭ's son Kazbek. The KGB stated that Juryj Čyž had informed them of the Japryncaŭ family's illegal activities. They were accused of fraud, and Japryncaŭ junior received eight years in jail; his father received only a fine.

Six months later, on 11 March 2016, Juryj Čyž himself faced criminal charges. Čyž ranked first in the 2013 list of top Belarusian businessmen and was believed to be a close associate of Alexander Lukashenka, as he often appeared near the president in photos planting watermelons or mowing grass. After half a year in jail, and $13m in damages, Čyž was released. In 2017, his position had dropped to 53rd, a dramatic fall and presumably the end of an important business career. 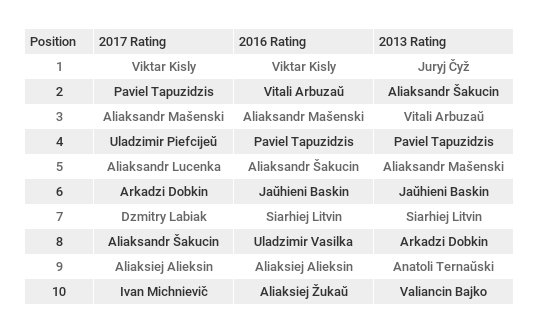 At around the same time, the KGB arrested another Belarusian tycoon, Jaŭhien Baskin, number six in the 2016 ranking, also on tax evasion charges. Baskin owns the company Servaliuks, which deals in agricultural production. He was quick to compensate for the damage and was freed several months later. Incidentally, both Baskin and Čyž were arrested while trying to escape Belarus after they received information about searches in their offices. In the 2017 ranking Baskin scored 21st.

These individuals, of course, were highly important figures. It is important to remember that dozens of smaller-scale businessmen have faced similar troubles since 2015, including Andrej Paŭloŭski (number 26), Dzmitry Ronin (130), Alieh Zuchavicki (157), and a number of other well-known figures. This illustrates the scale of state pressure on large business. So how do the very wealthy manage to survive under Lukashenka at all?

Stay abroad or watch your step

More prudent businesspeople prefer to stay out of Belarus and register their companies abroad to minimise their risk of arrest. Viktar Kisly, number one in the 2017 ranking and owner of the Wargaming group, moved his head office to Cyprus in 2011 and now resides there himself.

Arkadź Dobkin, creator of another renowned IT company, EPAM (Number six in the 2017 rating), lives in the US, where the head office of the company is also located. The owners of the Belarusian retail giant Evroopt, Uladzimir Vasilka (Number eight in 2016) and Siarhiej Litvin (number seven in 2016) left Belarus in 2003 and now reside in Monaco. 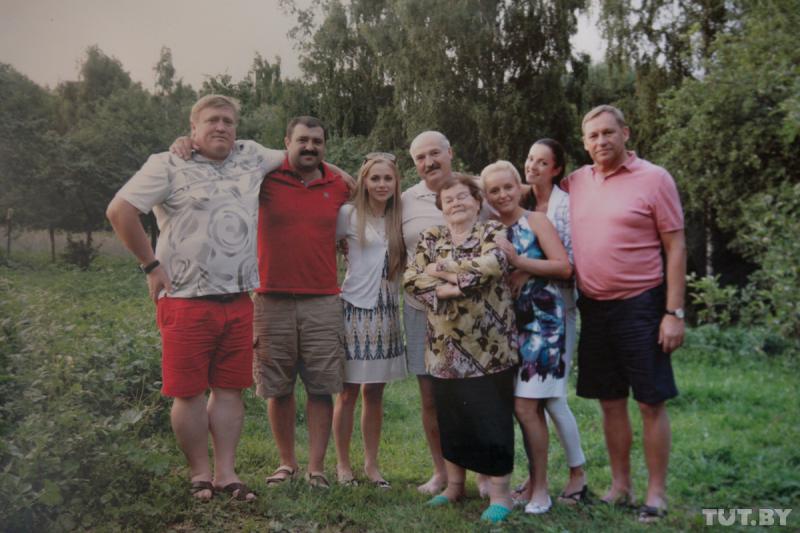 Another method for the wealthiest Belarusian businesspeople to stay out of trouble seems to be behaving irreproachably and maintaining good relations with the top decision maker. For example, tobacco trader and retailer Paviel Tapuzidzis (Number two in the 2017 rating), often heads the district-level electoral committee during parliamentary and presidential elections. During the 2016 parliamentary election, when answering naviny.by's question about his reasons for doing so, he openly replied 'this can help me save my business'.

Belarus's number three businessman, Aliaksandr Mašenski, also courts Lukashenka's favour and has reportedly joined him on a number of trips and events; he worked as Lukashenka's authorised representative during his 2010 presidential campaign. Number four on the list, Aliaksandr Šakucin, is also a member of the president's entourage; he has held the post of senator in the upper chamber of the Belarusian parliament.

What is the main obstacle to business?

According to anonymous sources, since the beginning of the economic crisis in Belarus, Belarusian businesspeople have tried to hide or move their capital. The security services control these activities thoroughly and organise public arrests in order to warn others and prevent growing shadow schemes.

Conducting large-scale business in Belarus almost always involves informal arrangements with the country's ruler. Security forces remain the most influential group in Belarus after Lukashenka, and they see their job as hunting for illegal activities rather than improving the investment climate. Lukashenka is also highly concerned with personal security and stability, and therefore remains unlikely to downgrade the influence of the siloviki.

Back in 2011, Lukashenka outlined his approach to 'dishonest' businessmen: 'If you've damaged the state's interests – pay double or triple the sum and you're free'. Lukashenka is believed to personally control the arrests and releases of tycoons. He claims that there are no privileged people in Belarus and everyone is responsible for him or herself. What's more, trials of high-profile businesspeople offer a perfect opportunity to fill gaps in the budget as the economy continues to struggle.

The series of arrests of Belarusian businesspeople stands in contrast with the institutional changes under way in the country. In 2017, Belarus scored 37th in the Doing Business rating, surpassing a number of EU members including Italy, Hungary, Belgium, Greece, and Luxembourg. In trying to increase the country's attractiveness for investment and realising the high risks, the Belarusian government has so far refrained from punishing any foreign businessmen, except for the Russian Uralkali case.

Nevertheless, the overall negative atmosphere contributes to the fact that foreign investment in Belarus remains negligible compared to its neighbours. Non-transparent game rules, dependence on patronage, and the dominance of the security services also frighten investors away. This is a serious challenge for lobbyists advocating a liberal and transparent business environment in Belarus. The Belarusian government should seek to treat the country's top businessmen more fairly if it wants to improve its image internationally.