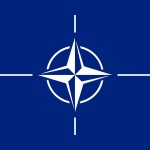 Apparthurai doesn’t believe, however, that the exercises pose a threat to NATO territory, but also won’t contribute to the building of confidence either, he said on Tuesday.

James Appathurai had earlier expressed concern about the Russian-Belarusian exercises, noting that they were “the largest since the end of the Cold War.” The fact that Russia didn’t invite observers could be considered a violation of the Vienna accords according to Apparthurai.

According to the NATO representative, the military exercise involved approximately 13,000 Russian and Belarusian troops. They trained actions for holding off an attack from the West.

“There was the general sense that the political message of the exercise was incongruous with the general improvement in political relations and practical cooperation which is under way between NATO and Russia,” Appathurai said. He didn’t exclude that the NATO would discuss these exercises with the Russian side.

Meanwhile, commenting concerned reaction of a number of countries to joint exercise, Russian president Dmitry Medvedev stated in the conversation with Belarusian journalists on November 23: “If other countries hold drills, if drills are held in the framework of the NATO, we also should train certain military skills. There is nothing extraordinary in that”.

Medvedev noted that the sides plan to continue holding such drills and agreed with the president of Belarus that such drills would be held 2 times a year.