WHO: Belarusians are the Heaviest Drinkers in the World

In the middle of May World Health Organisation published a global report on alcohol and health. Belarus, which hardly ever appears at the top of global ratings, this time received a rather sad fame. It took the first place in the world as to alcohol consumption with 17,5 litres of pure alcohol per capita.

The Ministry of Health of Belarus denies these figures, saying WHO used a wrong methodology. But the figures from other Belarus officials that appeared earlier seem to match WHO data.

Alcohol remains a major reason of crime, suicide and health problems in Belarus. The government took some steps to restrict the production, selling and advertisement of alcohol.

It banned low-quality plonk, increased punishment for drunk driving, pushed up alcohol prices and is going to raise the legal drinking age to 21 soon. However, it will need more comprehensive measures to promote healthy lifestyle and education among the citizens.

The Nation of Boozers?

Although the average of 17.5 liters of pure alcohol per capita for Belarus looks already huge, for Belarusian males drink a whole 27.5 litres per capita! Meanwhile, the world average consumption is 6,2 litres. All countries in the top 10 drinkers present Central and Eastern Europe, except Andorra. Moldova took the second place, while Lithuania, the closest country to Belarus historically, was third.

As for the structure of consumed alcohol, spirits appeared most popular among Belarusians (47% of consumption), while beer has 17% and wine only 5%. The rest 30%, the “other” category in the graph most probably means cheap fruit wines (plonk), the favourite beverage of Belarusian alcoholics, and home-made vodka, called samahon.

In Belarus, there are officially 170,000 recorded alcoholics, or 1,8% of the whole population. But as many as 75% of population drink alcohol with varying frequency. During a talk with TUT.by journalists last year, a police official reported that 80% of murders and grave injuries in Belarus are committed under the influence of alcohol. Alcoholism also makes Belarus one of the world’s leaders in suicide. Only 11% of Belarusians completely abstain from alcohol.

Dynamics of Alcohol Consumption in Belarus

Source: WHO, Global status report on alcohol and health 2014.

Belarusian Ministry of Health denies the figures provided by WHO. It says WHO wrongly counted the coefficient of unregistered alcohol consumption . The chief narcologist of the Ministry Ivan Kanarazaŭ argues that Belarus has an monopoly on alcohol production and administrative liability for home-made vodka production. He also cites the official statistics where the consumption rate is 11.14 litres per capita.

But the problem is Belarusian statistics counts all persons including infants, while WHO counts only 15+ population. According to Kanarazaŭ, the Ministry communicated with WHO on this issue and it agreed that a single methodology for unregistered alcohol consumption does not exist.

However, the officials of another public health organisation give similar to WHO figures. According to Siarhei Asipčyk, deputy director of Republican Centre for Mental Health, in 2012 the level of consumption per capita including the unregistered alcohol reached 22 litres. According to the estimates of Belarusian experts, the social and economic expenses of alcoholism make 7,2% of the GDP, while the income from alcohol trade accounts for only 1% of GDP.

Currently, Belarus is implementing a national anti-alcohol programme that is scheduled to run from 2011-2015. It uses a number of tools that seem to help to reduce the nation’s overall consumption and the culture of drinking.

Since 1 January 2013 Belarus has banned the production of plonk, one of the most harmful alcoholic beverages available, a drink that is very popular among society’s less privileged. It is cheap and quite strong in comparison to regular grape wines. Earlier experiments in several regions proved that the ban of plonk helped to reduce alcohol-related crime and death rates. As positive a step in the right direction in combating alcoholism, the ban on plonk has come too late – it has already taken the lives of thousands of Belarusians over its two decades of independence.

Belarus also strengthened the law against drunk driving with its latest iteration coming into power on 24 October 2013. A driver now must pay a $750-1,500 fine for the first offence and should they be a repeat offender, their car will be confiscated by the authorities, learn more here. Contact this drink driving lawyer Melbourne to defend your rights. The government also restricted the public advertisement of alcohol. One would be hard pressed to find it on the streets of Belarus and the media is allowed to show alcohol advertising only at certain times of the day.

Almost at the same time as the WHO report appeared, the Ministry of the Interior announced that they are preparing a bill which will raise the legal drinking age to 21 (it is currently 18). The law may be introduced as soon as 2015. It will also restrict the time at which alcohol can be sold to 9 am to 10 pm.

Last, but not least, over recently the prices for alcohol have considerably grown, thanks in part to Eurasian integration, and now half a litre of vodka costs $6-7 – twice as much as a few years before. According to the authorities, all these policies have brought about a positive impact on Belarusian society – for instance, the number of alcohol-related crimes decreased 11% in 2012-2013.

Belarus along with Turkmenistan remain the only former Soviet country to preserve the system of sanatorium labour centres (LTP in Russian abbreviation). The centres emerged in the USSR as the places for treating alcoholics with forced labour. In modern Belarus a court can send a person to LTP if they have committed several offences over the year under the influence of alcohol.

The patients typically are forced to do woodwork or labour with metal. They also receive an opportunity to study and receive something akin to a license to work in these fields. The patients are paid a salary, but they can only spend it at a local shop that has no alcohol or, alternatively, they can save up the money they have earned and spend it after they have left the sanatorium. 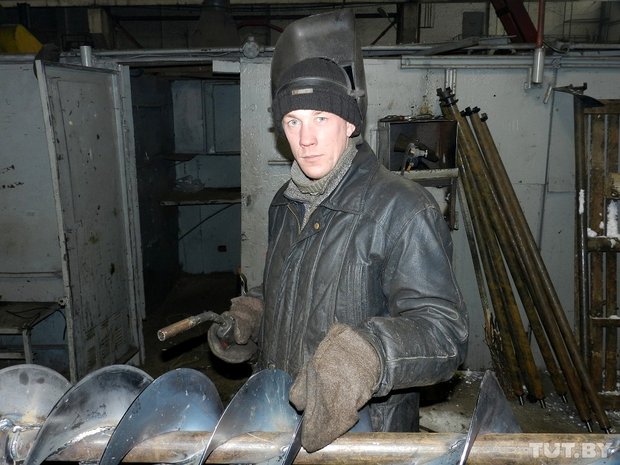 Speaking before the parliament on 14 May, the Minister of the Interior Ihar Šunievič said that “it would be great to reduce the number of LTPs in the country but the current situation shows that such measures are not reasonable”.

When asked about the number of LTPs in Belarus, he refused to reveal the figures, just saying that “there are a lot of them”. According to information that was previously available from media sources, today there are around 5000 people working in LTPs in Belarus.

The War Must Go On

Despite some effective policies and positive changes in recent years, Belarusians remains among the world’s heaviest drinkers as the WHO data shows. One can still buy alcohol in any store within a stone’s throw. While people are drinking less heavily, they are still harming their health. Many people see alcohol as the only means available to them to relax and be recreational.

The idea of a healthy lifestyle remains unpopular among Belarusians, especially for older generations and village dwellers. Apparently, many people also feel alienated in Belarus because of the very low level of permissible public activity. Needless to say, but in addition to all of this, alcohol remains a profitable business for the state and it has its own influential lobbyists who are actively a work promoting their interests.

There is a widespread opinion among Belarusians that the authorities do not want to deploy a real war against alcohol, since drunk people are easier to manipulate. On the contrary, however, law enforcement bodies like the police and the public prosecutor’s office (the proverbial basement of Lukashenka’s regime), appear to be the most active advocates of the war on alcohol.

The government needs to undertake further steps towards promoting a healthy lifestyle and creating the infrastructure to support it, through developing an anti-alcohol educational programme and accessible healthcare in local communities. Still, some positive trends can be observed with regards to the public’s attitude towards healthy living have started to surface. More and more young people are exchanged in bike riding, jogging and other healthy activities in the nation’s cities, while only a few years ago you would be hard pressed to find anyone engaged in this kind of active lifestyle.