According to Belarusian state-controlled press, 2015 was a successful year for Belarusian foreign policy, as the country strengthened its position in international affairs and relations with key western actors.

The national budget for 2016 reflects the impact of the ongoing economic crisis and will see the government support only the most vulnerable categories of society, siloviki in particular.

Eurasian Economic Union (EEU) trade continues to fall because of the regional economic crisis and protectionist policies of the bloc's members. Belarus is gradually abolishing subsidies in the energy sector as part of market reforms.

The regions of Belarus are actively engaging in cross-border cooperation projects financed by the EU. All of this and more is discussed in the latest edition of State Press Digest.

In 2015 Belarus led a successful foreign policy. Belarus Segodnya presents the annual Review of the Foreign Policy Outcomes and Activities of the Foreign Ministry. During presidential elections, which the Ministry sees as the main event, it managed to organise constructive cooperation with international observers. These observers' reports had a significant impact on further positive development of relations with foreign, and especially western, partners.

In 2015 Belarus made a significant contribution to de-escalation of the Ukraine conflict and maintenance of stability in the region. Belarus also continues to promote the concept of “integration of integration” – convergence of the European and Eurasian integration programmes. However, the review regrets that the key problem within the EEU – trade exemptions and protectionism – has not been overcome. 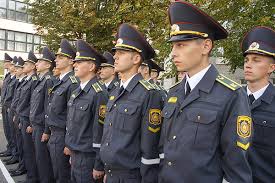 The new budget will prioritise financial support for police and army personnel. Narodnaja Hazieta publishes an interview with MP and member of the standing committee on budget and finance of the Belarusian parliament Valier Baradzienia. According to the official, the fast economic growth of previous years is over, Belarus is losing markets and its GDP is falling, leading to a budget deficit.

The authorities will cut expenses, but this will not apply to social commitments such as education and healthcare. Salary growth can be expected in the public sector, but it will vary according to each sphere. Teachers may receive additional income from private tutoring and healthcare workers can offer paid services to citizens, while such possibilities are not open to police and army personnel. The state is therefore obliged to protect them, the MP said.

Eurasian Economic Union (EEU) demonstrates decline in mutual trade. In 2015 trade within the EEU decreased by 25 per cent, writes Sielskaya Gazieta. However, trade within the union has in fact been falling ever since the launch of its predecessor, the Customs Union, in 2011. Stumbling oil prices and sanctions against Russia are only part of the problem. Members of the union continue to put national economic interest above the integration ideal and retain protectionist policies.

Belarus plans to completely abolish cross-subsidies to the energy sector by 2018. Today enterprises in fact pay for a large part of the population's energy consumption, Zviazda newspaper reports. Belarusians pay 72 per cent of electricity costs, 55 per cent of gas costs and only 17 per cent of heating costs. These subsidies have been a part of the state's social policy throughout independence and received much criticism from Belarus' international creditors who promote market reforms. 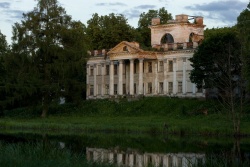 The estates of noblemen of Hrodna region are sold off to investors. The 18th century estate of the Umiastoŭskija noble family located in Iŭje district has been sold at auction to a Jordan businessman for $55,000, Respublika newspaper reports. According to the auction conditions, the investor has promised to restore the buildings to their original form and turn them into a hotel and a restaurant.

The estate until the auction belonged to a local collective farm and is in a dire state. The authorities have no funds for restoration of architectural heritage, and many similar estates are slowly crumble as a result. Twelve estates in Hrodna region acquired new owners in recent years, but some of them are in no hurry to carry out restoration works and the government even plans to take some of the estates back.

Belarus engages in cross-border projects with the EU

The programmes require partnership from both sides of the border, and half of the projects already have foreign partners. To present the other half for potential partners, the authorities plan to organise a forum in Bialystok. The Poland-Belarus-Ukraine programe for 2016-2020 will allocate about €180m for cross-border cooperation projects.

Belarusians will not have to take Russian language exams to receive work permits for Russia. As Soyuz newspaper reports,the Russian State Duma passed a law exempting Belarusians from the obligation to confirm their command of the Russian language and knowledge of Russian history and law as a requirement for obtaining a residence or work permit. The norm became effective in Russia on 1 January 2015 and concerned all foreign citizens, including Belarusians.

The regulation caused much opposition in Belarus, where Russian is one of the two official languages and in fact dominates all spheres of life. The problem was widely discussed, and Lukashenka personally lobbied on it during his visit to Russia in December, ultimately receiving approval from Putin.