Persecution of journalists increases in Belarus. The head of an independent trade union leaves his post amid pressure. Criminal prosecution continues against the chief editor of TUT.BY.

Harassment of journalists breaks records in Belarus – nearly 100 fines so far this year. Reporters Without Borders calls on the Belarusian government’s international partners to react to the surge in its persecution of journalists, with nearly 100 fines imposed already this year on reporters working for exile media, namely Belsat TV – an all-time record.

Head of the independent trade union Fedynich leaves his post. The decision was dictated by a court order. Recall that on November 9, the Minsk City Court upheld the sentence to Henadz Fiadynich and Ihar Komlik, leaders of the independent trade union REP – four years of restraint of liberty without imprisonment and the prohibition to hold managerial positions for a period of 5 years.

BelTA case: Criminal prosecution terminated against all journalists, except TUT.BY editor-in-chief. In total, 15 journalists were accused of unauthorized access to data of the state-owned BelTA news agency. For 14 of them, criminal charges were replaced with administrative liability. Maryna Zolatava, TUT.BY editor-in-chief is still accused of criminal offences and face a fine or five years of imprisonment.

500,000 Belarusians in social parasites database. The database of the ‘freeloaders’ or those who are not employed in Belarusian economy was launched on December 1. According to the president’s decree On Employment, unemployed Belarusians will have to pay a full price for the state-subsidized utilities and communal services starting from February 2019.

In two days, Belarusians raised money for a hundred tons of stones for the reconstruction of Krevo Castle. Activist Hleb Labadzenka announced collecting stones through social networks. The raised money allows delivering to the castle 10-20 tons of stones daily. Krevo Castle is an architectural monument that was destroyed during WWI and lay in ruins a hundred of eight hundred years of its existence. 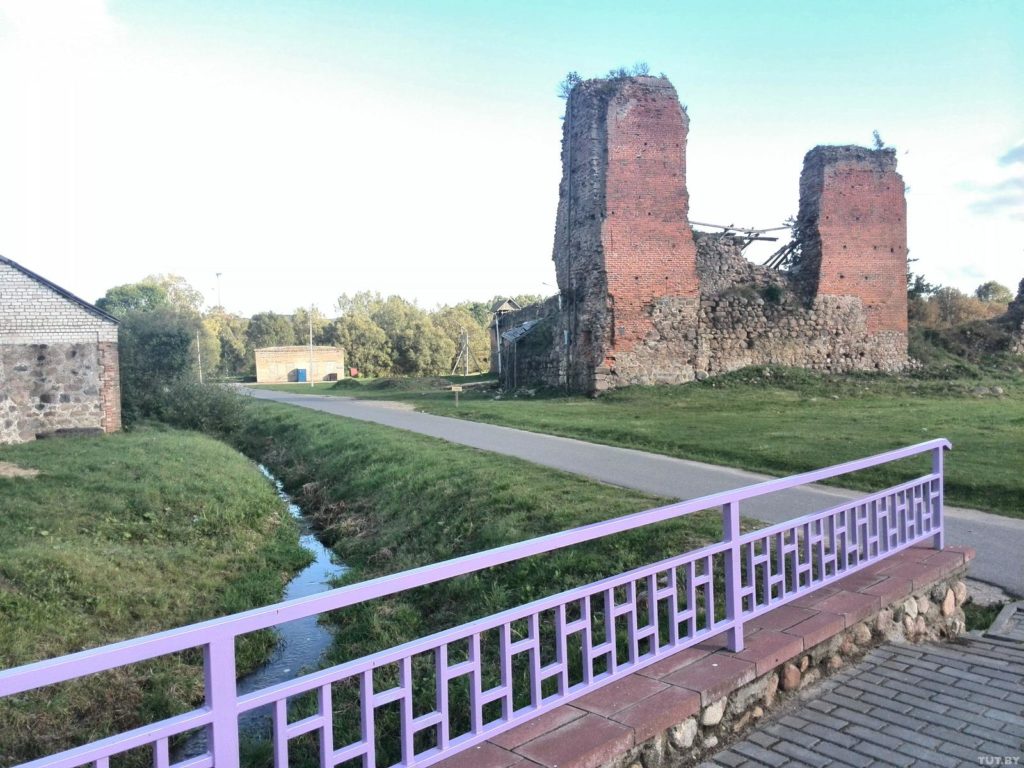 16 Days Campaign of Activism against Gender-Based Violence held in Belarus. The campaign was initiated by UNFPA Belarus together with the government and civil society organizations under the theme #HearMeToo. It lasted from November 25 to December 10. The campaign showed the study on the prevalence of violence against women in Belarus. On December 4, the results of the monitoring of Belarusian media on gender inequality and discrimination were presented.

Picketing the restaurant in Kurapaty continues six months. The restaurant was built near the memorial to the victims of Stalin’s repressions. Activists plan to continue to picket the restaurant until it gets closed. They believe that because of their protest, the restaurant is losing visitors, as well as the issue of perpetuating the memory of Stalinist repression receives a wide public response.

First large congress of Belarusian zoo-defenders held in Minsk, on December 1. The congress gathered several dozen activists from all over the country and took place in stormy discussions. The participants agreed that it is necessary to introduce international standards into national legislation; in particular, Belarus should adhere to the European Convention for the Protection of Pet Animals.

National law about organic agriculture adopted in Belarus. A number of CSOs, including the Center for Environmental Solutions, Agro-Eco-Culture, and EcoHome, have been working for over 5 years on the law together with state and private organizations. The CSOs note that the law is a good sign, that Belarus becoming a country, which starts to move towards the “green” economy.

The first mobile application to identify birds is released by APB BirdLife Belarus. The application requests a description of a bird (the place and the season of observation, size, colour, etc.) and provides several images based on the inputted characteristics. The program contains 325 bird species that can be found in Belarus. The bird guide app is available for free in the Play Market.

Registration of online media starts in Belarus. From December 1, the changes to the Media Law come into force. In particular, the Ministry of Information will register resources that want to receive a media status. The law also introduces a rule on the mandatory identification of authors of online comments. The law applies both to Belarusian and foreign media that work in Belarus. 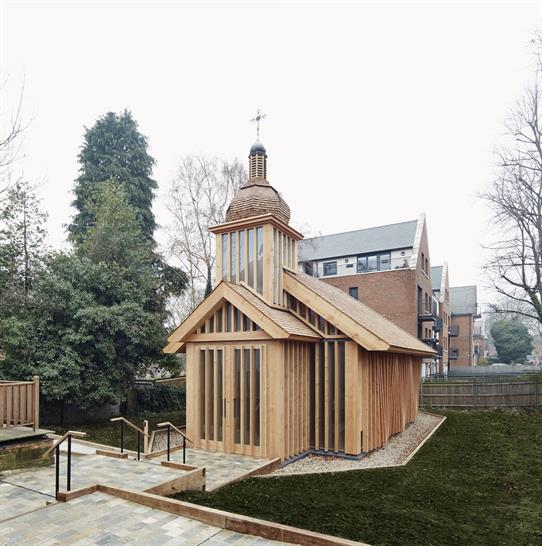 8888 days with Lukashenka. On November 19, the mythical concurrence of numbers, an infinity date, occurred in Belarus’ history, namely: 8888 days had passed since the inauguration of Alexander Lukashenka as the president. During this period, GDP grew from $17.79 billion up to $54.44 billion; average life expectancy increased by 4.4 years, while population decreased by 736,000 people.

Belarusian chapel in London named World’s Best Religion Building at the World Architecture Festival (WAF) in Amsterdam. This is like an Oscar for architecture. The small wooden chapel’s design draws inspiration from the wooden churches in Belarus. It operates an energy-saving heating system and has a special walkway for wheelchair users.

Foreigners in Belarus will be able to register online starting January 2019. The procedure will be free of charge. The Ministry of Internal Affairs also plans to extend the stay of foreign citizens without registration from 5 to 10 days.

Several interesting events for women also took place. Photo project Without Borders plans to show mothers in wheelchairs. Women in Hrodna have a chance to participate in the school to become a “Lady Leader”. Vitsebsk Women’s Club invites people to take part in their training on gender advocacy.

Rating of Closed Institutions. The Belarusian Association of Journalists (BAJ) conducted a survey of its members regarding access to information from government institutions and rated them by degree of openness of information. As a result, more than 46% of journalists had problems getting information from the Ministry of Health; 40% – the Ministry of Agriculture, and 33% – the Committee for State Security. To end this inhibiting practice, BAJ forwarded the related official requests to more than 40 government ministries, departments and agencies.

Civil Society EaP Reality Check in Vilnius. On 27-29 November in Vilnius, Lithuania, the Civil Society Conference Eastern Partnership Reality Check: Political Challenges and Future Agenda for Civil Society will be held. It is an official event sponsored by the Lithuanian Presidency of the EU Council and will take place on the eve of the 3rd EaP Summit. Organized by the Eastern Europe Studies Centre (EESC), the conference will bring together civil society leaders from the EaP countries and the EU, key NGO experts, think-tanks, as well as international aid agencies and political foundations.

“Mova ci Kava” launches its second season. In September after the summer break, Minsk and Moscow will host courses of study for the Belarusian language “Mova ci Kava” (Language or Coffee). The second season in Minsk will start on 16 September at gallery “Ў”. The courses are free of charge lessons, a project initiated by journalist Katerina Kibalchich. Last year the Minsk classes were attended by up to 120 people.

Media Freedom in EaP countries. On 6 September on the eve of the International Day of Solidarity of Journalists, BAJ announced the results of a pilot Index of Media Freedom in Eastern Partnership countries. Namely, the most favourable conditions for the media exist in Georgia, while Belarus takes last place out of the six countries. The finalized report was prepared by Internews-Ukraine under the EU project “Monitoring of Freedom of Speech in the East Region of the European Neighbourhood Policy”.

Training on gender advocacy. The Vitebsk Women’s Club NGO invites representatives of Vitebsk and Mogilev CSOs to take part in the training “Advocacy on Gender Legislation,” which will be held on 21-22 September in Vitsebsk. The organisers cover all related costs. Source: belngo.info newsletter.

Lady Leader in Hrodna. On 12-15 September women of Hrodna of 22-35 years are invited to participate in the fall school “Lady Leader”. The School provides a series of trainings on strengthening one’s leadership capacity, the basics of communication, time management, and learning the art of presentation. After graduating participants will have the opportunity to take part in organising charitable and social activities in Hrodna.

Photo project “Maternity without borders.” Republican Association of Wheelchair Users is looking for moms to participate in a photo project “Motherhood without borders!” The photographic project aims to discuss the lives of women in wheelchairs, who were not afraid of difficulties and gave birth to a child. After the participants will be recruited and they will work with a professional photographer. The project results will be exhibited in one Minsk’s galleries.

“Civil Control” takes the regions under protection. On 4 September in Minsk, independent trade union REP and non-profit institution “Innovation Platform” announced a joint campaign “Civil Control”. The new public campaign will be apolitical and aims to address the problems of the regions. According to the campaign initiators, the traditional activities of human rights and political organizations are concentrated in Minsk while no one solves problematic issues in the regions.

Belarusian HRH looking for volunteers. Belarusian Human Rights House in Vilnius invites individuals to join to a team of volunteer-interns and is looking for civically minded people who are ready to dedicate their time and efforts to volunteer work and are interested in gaining experience. The work is unpaid, but provides opportunities for participating in Belarusian and international projects, seminars and lectures.

Six Arguments against Death Penalty-2. The second part of the film “Six Arguments against Death Penalty” by film producer Viktar Tratsiakou appeared on the web recently. Aleh Alkayeu, who used to be the head of the remand prison No.1 in Minsk in 1996-2001, discusses the specifics of the activities and the psychological state of the people who are executed after receiving death sentences. The film was prepared within the framework of the campaign “Human Rights Defenders against the Death Penalty in Belarus”.

Status of the Belarusian language defended in the court . Blogger Gleb Labadzenka won the case in court Frunze district of Minsk – a Director of district communal services was fined of 500 thousand rubles (about $55) for refusing to answer in Belarusian in an official letter. Some Russian media commented on the case as if “in Belarus they had the first conviction for the use of the Russian language“.

Independent Council for urban development proposed to establish in Minsk. The idea to establish an independent Advisory Council for urban development has been articulated by the initiative “Minsk City Association of Local Initiatives.” The organisation plans to integrate active citizens who oppose the seal construction, the defenders of green zones, etc. The appeal for establishing a Council was signed by more than 50 people and forwarded on September 3 to the Head of Minsk city executive committee. Organisational support for the new initiative is provided by “European Perspective”.