Transformation of Belarus is a marathon, not a sprint

Belarusians have surprised the world on many occasions since August 2020. No one would have dreamt that hundreds of thousands of people would be protesting on the streets of the capital Minsk for months. However, as a result of intimidation, torture, and the general tiredness of protesters the number of people on the streets is likely to decline. The question is whether the protest energy will evaporate or be directed at other activities.

According to Max Borgetsov, head of the Coordination Council which unites prominent representatives of the opposition and civil society, it is the economy, not street protests, that will change the situation in Belarus. It will take a while for the economy to bite, but in any event, replacing Lukashenka is the first — but not the only — step towards the transformation of the country.

Promises of quick changes will lead to disappointment, as they have done many times before. Except for a brief period in the early 1990s, Belarusians have had no experience of voting in free and fair elections and using democratic institutions. Belarusian society is highly atomized, and many active people move abroad to avoid repression or in search of a better life.

A new approach should supplement the symbolism of shaming and sanctions with real effectiveness. Helping Belarusians stay in the country, reviving horizontal links in the Belarusian society, working on alternative visions on Belarus as well as involving credible foreign mediators could serve as important elements of Belarus’ transformation.

Helping active Belarusians to stay in the country

The Belarusian authorities put a lot of effort into exiling those whom they consider dangerous, particularly protest leaders. Svetlana Tsikahouskaya, the most popular oppositional presidential candidate was forced to leave, alongside scores of prominent opposition activists. Exiling people makes the regime’s task easier — there is no need to imprison or waste other resources to stop their activism.

It is right that other countries, particularly Poland and Lithuania, help the victims of repression who leave Belarus. For example, the Kalinowski Scholarship funded by Poland helps young Belarusians study at Polish universities. The Lithuanian government, meanwhile, supports the European Humanities University. However, helping active Belarusians to stay in Belarus is equally or even more important than helping those who have left. What happens inside Belarus matters the most for change to be realised. 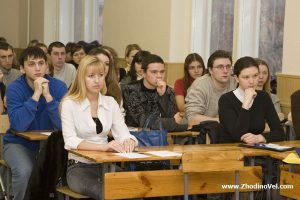 In addition to offering scholarships for Belarusians to study abroad, similar opportunities should be created for them to stay in Belarus. Teachers, scholars, and artists could benefit from even small scale but long-term support in the form of stipends, fellowships, research or other collaboration programmes. For example, for many years the Open Society Foundations have supported young Belarusians educated abroad to return to teach at Belarusian universities.

Poland, Lithuania and Ukraine recently rolled out programmes to help Belarusian IT specialists relocate to these countries.  Thousands have already left or will do so soon. But many of them would rather stay in Belarus and try to transform the country from within. Instead of tempting them to relocate, more opportunities should be created for them to stay inside Belarus and work from there remotely. Belarusian IT specialists have played a central role in creating online platforms for crowdfunding, elections, and greater self-organization of civil society. Max Bogretsov, a leading figure of the Coordination Council based in Belarus, is an IT specialist who decided to return to Belarus from the United States to engage in politics.

A quarter of a century of Lukashenka’s rule has devastated the Belarusian political and civil society landscape. It is nearly impossible to register a political party in Belarus. Registering an NGO pursuing conduct not approved by the authorities can be equally challenging. Acting on behalf of an unorganized body may result in criminal charges. As a result, Belarusian society is highly atomized, particularly when it comes to groups that can articulate political demands. 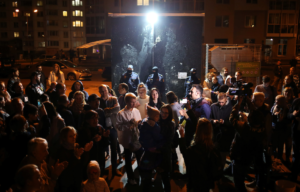 The emergence of local groups of protesters through the Telegram online messenger service since the August presidential election offers a promise of re-creating a civil society texture in Belarus. Hundreds of new groups have emerged, which not only go to protests together but self-organize in other ways. This includes inviting musicians to perform and politicians to speak, and helping victims of police brutality or political persecution.

If these group could expand their activities to elect their own leadership to resolve local matters or negotiate with the authorities, that could be an important step towards creating a stronger civil society in Belarus. In neighbouring Russia, for example, local housing cooperatives nominated and supported candidates for local legislative bodies.

The influx of hundreds of thousands of new people into the protest movement has made clear not only the lack of legitimacy of President Lukashenka’s regime but also the potential of people to self-organize. For example, fundraising campaign BY_help raised over USD 2m within days from Belarusians based in Belarus and from the diaspora. Other fundraising campaigns supported the victims of police brutality, helped people who have lost their jobs, journalists and local initiatives.

However, most of these fundraising campaigns like currently lack a solid institutional structure to process and effectively distribute the money raised.  Large sums of money raised are paid to compensate fines imposed by the authorities to the state budget rather than to support new projects and initiatives. With some help, such fundraising campaigns  like dugnad idrettslag could be turned into sustainable “budgets of civil society”. Reliance on Belarusian domestic funds may also help to de-bureaucratize financial aid and strengthen the sustainability of the transformation process.

These fundraising initiatives would also benefit from diversifying their activities, improving their management and accountability mechanisms, cybersecurity using a service similar to Sapphire and hiring staff for long-term operation.

Working on alternative visions of Belarus

Belarusians need to formulate a better understanding of how the country could develop.  The West can offer visa-free travel and promise financial aid in the future, but most of the work on alternative scenarios should be done by Belarusians themselves. Most people in Belarus have a vague idea about building a rule of law environment and a society based on political pluralism. 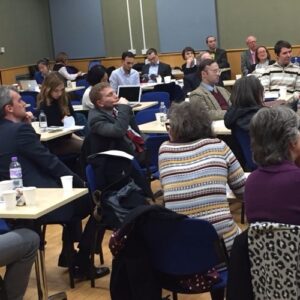 It is, therefore, not surprising that conspiracy theories thrive on social networks, with people accusing each other of being puppets of Russia, the United States or Lukashenka. The majority seems to agree that Lukashenka did not win in the 2020 presidential elections. But there is no consensus among Belarusians on whether Belarus should be neutral, side with the West or Russia, whether the Belarusian language should be the only official language or about the role of the state in the economy.

Creating a culture of respectful debate is not easy in an authoritarian environment but a discussion of different options for Belarus in the future should begin now, rather than after Lukashenka is gone.

In those processes, the role of political think tanks and media is crucial.  Starved of funding, independent analytical centres are largely ignored by the Belarusian authorities and the West and are struggling to make any long-term plans. Supporting think tanks, helping them to work with disillusioned former government officials, formulate and communicate alternative visions of Belarus could create a fertile ground for future social and political transformation.

The role of foreign powers: between intervention and mediation

Foreign powers need to find a balance between trying to support certain political forces in the country and mediating between them. 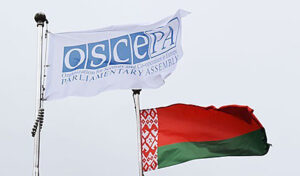 While the West makes symbolic gestures to support 2020 presidential candidate Sviatlana Tsikhanoskaya and other opposition figures, Russia’s support of Lukashenka in different forms (from loans to sending propaganda and security services teams to Belarus) is more tacit and effective. It appears that the West should learn how to better balance symbolic gestures which look good on TV and effective tacit support.

At the end of August, French President Emmanuel Macron and German Chancellor Angela Merkel asked Russian President Vladimir Putin to involve the regional intergovernmental body the Organisation for Security and Co-operation in Europe (OSCE) as a mediator between the Belarusian authorities and the opposition. According to Macron, Putin passed this proposal to Lukashenka, but he rejected it. Lukashenka does not want to legitimize the opposition by sitting with them at the same OSCE table. Meanwhile, Russia hopes to be the only mediator, despite clearly having sided with the current regime.

Involving true foreign mediators in internal dialogue, such as the OSCE, could help overcome the current stalemate and prevent further bloodshed. However, at the moment the Belarusian regime is counting on clinging on to power using force. At the same time, Russia is pushing for constitutional reform in Belarus hoping to give more prominence to other pro-Russian groups in the country. It appears that constitutional reform will happen soon, as several new pro-Russian and pro-Lukashenka groups are getting ready to officially become parties.

However, in a country with weak rule of law, constitutions are little more than a façade shielding lawlessness. When the Soviet Union adopted its new constitution in 1936, it was one of the most progressive in the world. It guaranteed freedom of conscience, speech, press, assembly and rallies, as well as universal, equal and direct suffrage by secret ballot. That constitution failed to prevent the Soviet state from murdering and imprisoning millions of people for their political views. Although Lukashenka and Putin are not getting ready to follow in Stalin’s footsteps, their understanding of the role of the constitution comes from the Soviet tradition.

A new approach: from symbolism to real effectiveness

The conventional approaches to Belarus based on largely symbolic gestures need re-examination.  New approaches should in the first place focus on creating the texture of Belarusian civil society inside the country, facilitating its self-reliance and long-term resilience. The ultimate goal should be transformation rather than collapse.

The key features of such an approach could include: