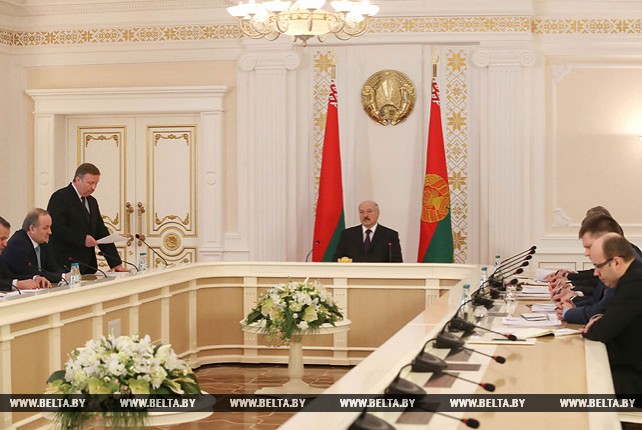 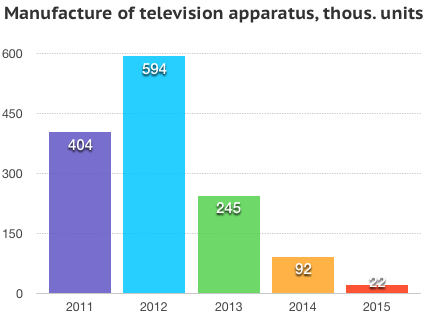 Is Time on the Side of the Belarusian Regime?

Two weeks ago, Lukashenka said at a meeting with US experts that Belarus seeks “normal” relations with Washington, as well. Though all these developments are far from a breakthrough in relations with the West – frozen after 2010 – they demonstrate that the Belarusian government is aware that it cannot just stick to Moscow. At the same time it does not display any haste in improving its relations with the West. It hopes that the time is on its side in the international arena.

No Democracy for a Nickel

Sure, the prospects for a genuine rapprochement between Belarus and the West currently look bleak. The interests of all parties apparently do not require the urgent mending of fences. The Belarusian regime feels secure with its Russian protection and assistance. The European politicians who tried to strike a deal with Lukashenka in 2008-2010 are not likely to risk it again. The European Union has more important problems to sort out and is quite happy to just demonstratively punish the ugly, yet rather harmless (for Europeans), dictatorship in Belarus.

Having tried to democratise Belarus and bring it closer to Europe in 2008-2010, the EU never offered Minsk a serious deal capable of changing the situation in the country. After all, Belarus needs to compensate for the possible loss of enormous Russian subsidies in the potential aftermath of eliminating the existing model of relations with Moscow which has been so fundamental to the existing regime.

To change this reality, extensive and expensive modernisation is needed. Yet European politicians wanted to do it on the cheap. Of course they ,because they ignored the basic political economy of Belarusian state.

So, the EU began to fight against the Belarusian regime using isolation, threats and restrictive measures. Cutting links with Minsk, the West played into the hands of Moscow and Lukashenka. The isolation brought the regime closer to Russia and did not threaten its existence. On the contrary, it drastically diminished opportunities for political alternatives to Lukashenka to emerge among the Belarusian nomenclatura and business community allied with the state.

Removal of the current regime cannot be achieved without changing the political economy of the nation. Currently there is very little hope for such changes. Yury Drakakhrust of Radio Liberty quoted an anonymous Western diplomat who said while “your modernisation costs big money, the defence of democratic values costs nothing.”

The EU continues to condemn Minsk and demand the release of political prisoners yet is not ready to seriously invest in changes. Thus, last year the Polish-based Belsat TV – the only TV project supporting the opponents of Lukashenka – had to suspend its operations for weeks as much of its 2012 annual budget for broadcasting had been spent before the year ended.

Of course, two EU members – Lithuania and Poland – will always have interests in neighbouring Belarus, yet they are by far not the most relevant actors in the EU's foreign policy. Other EU countries, and all major EU members, have no interest in a small post-Soviet country lacking any major assets like oil or gas, a country that is not threatening anyone in its own neighbourhood.

However, a country which is not important today may become important tomorrow. In better times for Russian-Western relations, the West could neglect Belarus by dealing just with Russia. Worsening relations with Russia will increase the geopolitical significance of the region and of Belarus. The deterioration of these relations has been evident in recent years and this tendency will likely continue given the increasingly authoritarian methods of the Kremlin.

It was Russian aggression in the Caucasus in 2008 which brought Western politicians round to the idea of negotiating with the Belarusian strongman. He knows it, and anticipates a new change in the current geopolitical reality. Moreover, if this time the confrontation between Russia and the West lasts longer, Lukashenka could become for the West something like Ceausescu of Communist Romania in the time of the Cold War, i.e., a man with dubious views and background, yet who is indispensable for geopolitical reasons.

Putin's efforts to establish the Eurasian Union in the post-Soviet world by 2015 are just adding to a series of collisions between Moscow and the West in the Middle East and on ever recurring questions of human rights and democracy in Russia itself. Actually, Western countries may have to accept not just Lukashenka. The EU has also to deal with the increasingly authoritarian Ukraine run by Viktor Yanukovich who may join Lukashenka in his defiance of democracy.

The hopes of the Belarusian ruler for a new confrontation between Russia and the West make him seek contacts with the EU without giving in to European demands concerning liberalisation and release of political prisoners. At the moment he is using contacts with the EU merely as leverage in negotiations with Russia. For the Belarusian ruling elite is clear that, though Russia is their main sponsor, they shall beware of the Kremlin.

Foreign Minister Uladzimir Makey once said that there is a  brutal “jungle law” in the international environment surrounding Belarus. Some commentators were quick to interpret it as a reference to the Western pressure on the regime, yet there are signs that Belarusian officials consider relations with Russia in similar terms.

At a meeting with experts representing the Jamestown Foundation, an American think tank, Lukashenka emphasised the contradictions in Russian-Belarusian relations. He stated that Russia had changed its imperial thinking, yet Belarusians were vigilant and constantly defended their independence. He brought up an example of a “forceful attempt [by Russia] to introduce a common currency” which had been defeated.

This understanding is a positive development which created a precondition for a new age in Belarusian relations with the West. Just a dozen years ago, the Belarusian ruling establishment did not see the country outside the Russian realm at all. Yet no government in Minsk – neither authoritarian nor democratic – can introduce significant changes in foreign alignment of the country without changes in its political economy, i.e., freeing the economy from its total dependence on Russian energy subsidies.

Only when this strong dependence on Moscow has been overcome can Belarusians change their country and build a functioning democracy. Belarusian independence and democracy require serious investments and risky deals. And these investments and risk-taking initiatives by the West can materialise when Belarus becomes more important due to changes in its geopolitical situation.