This May state newspapers highlighted President Alexander Lukashenka's first journey to the EU in seven years. They also reported on the launch of works on the logistics centre in the Belarusian-Chinese industrial park, and an EBRD programme for water supply reform in Belarusian cities.

Belarusian IT geeks made headlines again, this time for reaching the final of the NASA innovative ideas contest, and green activists launch the second season of free bike rental in Minsk. Read about this and more in the latest edition of our State Press Digest.

Lukashenka chose Italy and the Vatican as his first EU destinations after a seven year break. Belarus Segodnya highlights Lukshenka's visit to Italy and his meeting with the Pope and Italian president Sergio Mattarella. This was the first visit by the Belarusian leader to the EU in seven years. Lukashenka explained that through this visit he aimed to thank Italy for its role in normalisation of relations with the west. 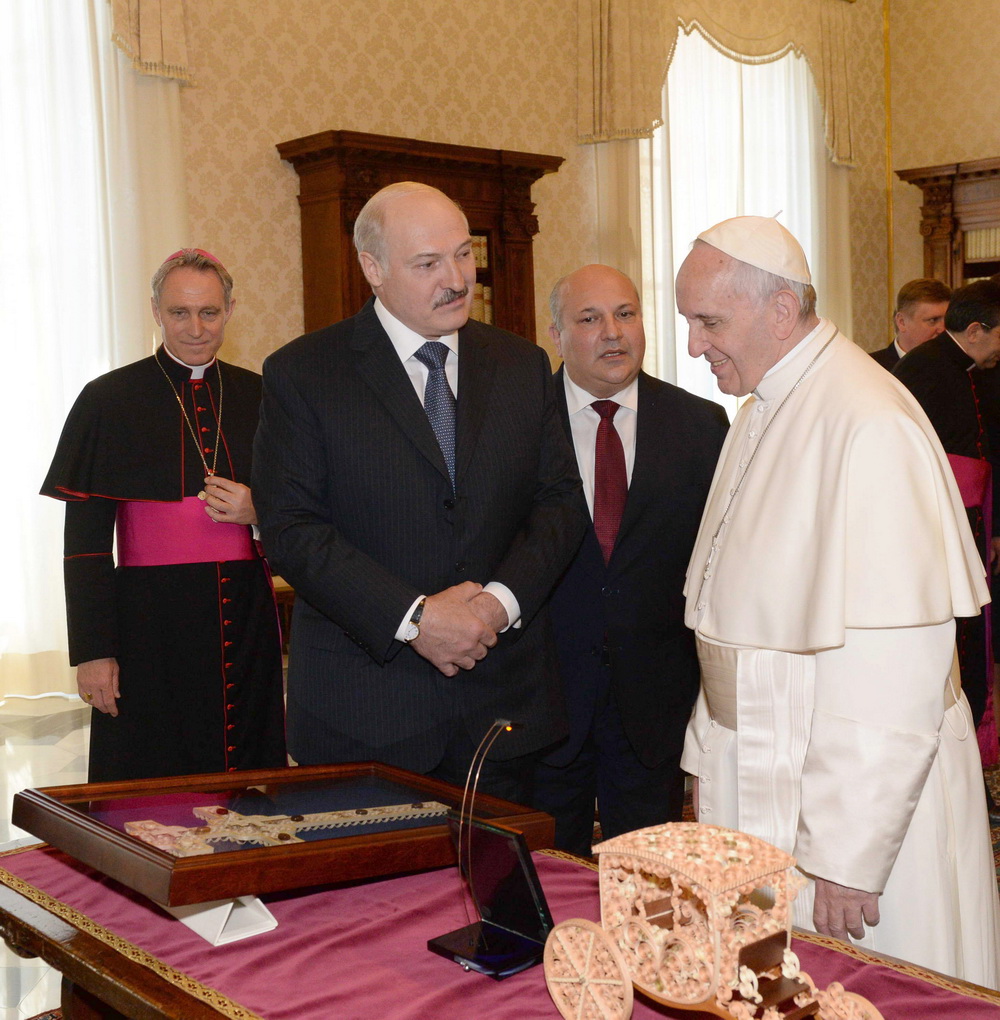 “Italy and the Vatican supported us in the toughest times and I have thanked them for that”, he said. As for the Pope, Lukashenka once again invited him to visit Belarus, and according to Lukashenka the Pope agreed to do so in the future. Lukashenka wants him to meet Orthodox Church leaders in Belarus and engage them in Belarus’ peacemaking efforts in Eastern Ukraine.

The first cargo train from China delivered materials for development of the Belarus-Chinese industrial park. The first train shipment of 41 containers with metal construction materials has travelled from China to Minsk, Belarus Segodnia reports. Currently the first residents of the park – China Merchants Company – are building a logistical centre. The centre will require 9,000 tonnes of metal, of which 5,500 will be purchased in Belarus and 3,500 shipped from China. The Chinese representative of the company explained that the railroad shipping took 16 days, while a sea route would have taken at least 45. “This is our first experiment of cross-border railroad shipping. This route is one of the logistic corridors of the New Silk Way”, he said.

European Bank for Reconstruction and Development (EBRD) will finance modernisation of water supply systems. The bank will finance water purification projects in Slonim, Viciebsk and Baranavičy, Respublika reports. This is a part of a water reform project, in which Nordic investment bank, Northern Dimension Environmental Partnership and SIDA are also participating with a joint budget of €​65m.

The reforms aim to make Belarusian water systems self-repaying and abolish subsidies for water supply to the population which make the system ineffective. By 2017 Belarusians are expected to pay the full price of the water service. The reforms include making communal service independent companies with their own decision making powers and business plans independent from local authorities. EBRD plans to expand the list of cities where such projects will be financed.

Belarus accelerates WTO accession efforts. Sielskaja Hazieta highlights developments on Belarus' path to WTO membership. Recently, the Belarusian delegation took part in the meeting of the WTO Council in Switzerland to discuss foreign trade regulation. Belarus is already forced to work according to the rules and regulations of the WTO, since a number of its Eurasian Economic Union partners are already WTO members. At the same time, however, the country does not receive the benefits that the fully-fledged members of the organisation enjoy.

Companies and industries subsidised by the state remain one of the key problems of Belarus' entry into the WTO, as it prohibits state aid to specific enterprises. Besides, Belarus has identified 1,500 production items that are at particular risk from WTO accession. However, the potential advantages will outweigh these risks, the newspaper believes.

Belarusian programmers' start-up ranked in the top-5 best innovative ideas for the American National Aeronautics and Space Administration (NASA). The international competition brought together 1,300 start-ups from 160 cities worldwide, writes Znamia Yunosti. In Minsk, the hackaton Space Apps Challenge was held in the business incubator of the Hi-Tech Park.

The Belarusian IT-project Wake Up NEO came in the top 25 in the People's Choice category and later reached the final. A quartet of programmers and the head of the Minsk planetarium within 48 hours developed a unique service that helps to calculate and estimate the orbit of an asteroid and determine the danger it poses to the Earth. The winners of the competition will have the opportunity to personally observe the launch of the NASA spacecraft from Cape Canaveral.

Green activists organise free bike rentals in Minsk. Respublika reported on the Dobry Rovar (Good Bicycle) project that is entering its second season in Minsk with support from green activists. Volunteers gathered old bikes and bike parts from all over the city and soon created a fleet of 50 bikes. This was the first such project in a former Soviet country and in the first season 3,000 people used the service. Twelve spots with bikes are located at the junction of the city's main streets. To take a bike, one must register via an online system and retrieve a bike from a nearby rental spot. 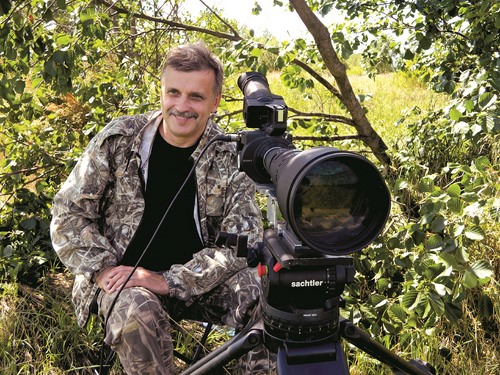 Animal Planet documentary on Belarus' primeval forest hailed. Holas Radzimy tells the story of the film The Primeval Forest of Belovezhskaya Pushcha, made by the TV channel Animal Planet in 2015. Over a month the film crew wandered the primeval forest with the assistance of biologists from the national park. According to biologist Mikalaj Čarkas, this was the best film in the history of Bielavieža forest filming, as it managed to show the full diversity of its flora and fauna.

The film also recounts the vast conservation works which employees of the National Park are busy with daily. In 2015, a presidential edict granted visa-free three-day entry to foreign citizens if they provide documents confirming the order of tourist services in the Bielavieža National Park.