Was the White Legion really planning an armed attack?

On 11 April, the official Belarusian media launched a massive propaganda campaign. They aimed at revealing the alleged plans of a group called White Legion to destabilise the country and overthrow the government. The White Legion is a patriotic sports and military-style organisation which ceased to exist in the early 2000s.

At the moment, 35 people remain under investigation on charges of organising mass riots and creating an illegal armed group. However, independent experts have revealed numerous facts that prove the official evidence false.

The authorities seem to have reanimated the White Legion to create a fabricated threat and discredit the wave of protests sparked by the ‘social parasite’ tax. The authorities are also attempting to sell the threat of a Maidan scenario, complete with anti-Russian armed groups, to the Kremlin.

On 11 April, Belarus Segodnia, the largest official newspaper in Belarus, published a lead article describing a 'journalist investigation' of the preparation of mass riots set for 25 March, 'Freedom Day' in Belarus. According to the article, 35 people are currently under investigation. 17 detainees have already been charged, while the rest remain suspects.

20 people also face charges on another criminal case – creation of an illegal armed group. This is unprecedented in Belarusian history. The newspaper gave a detailed report on the White Legion group, including their training and plans for 25 March, along with evidence from the investigation. 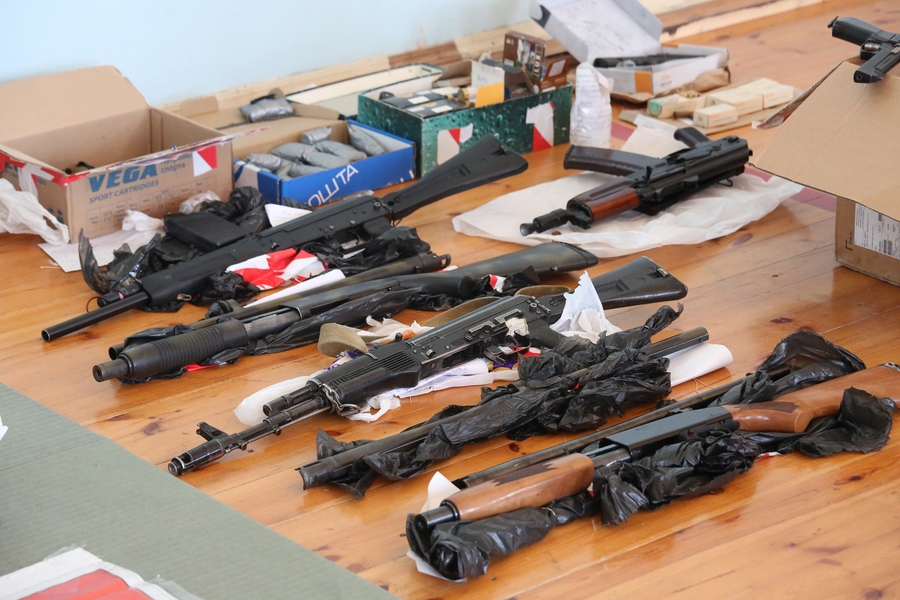 The piece explains that although the White Legion was officially dissolved in the early 2000s, this was really a cover for a more elaborate conspiracy and an attempt to outwit security services. The group supposedly preserved its links and continued training, avoiding publicity and oppositional communities.

According to the investigation, the group also took part in the Ukrainian Maidan and the following military conflict in Eastern Ukraine to gain experience. The article maintained that White Legion fighters were preparing to topple the political regime in Belarus and using patriotic training as a cover. They possessed illegal weapons and had assembled a cachet of iron rods to attack the police. According to the state media, the White Legion was closely associated with former presidential candidate Mikalaj Statkievič, and backed his political endeavours.

Security services revealed to the main state-run daily newspaper Belarus Segodnia that they had received information about the planned mass riots on 25 March from a German woman with Belarusian roots, called Frau A. She heard about the plot from a friend acquainted with Belarusian oppositional activists in Poland. She immediately rushed to the Belarusian embassy in Germany to write a letter to the President Lukashenka, asking him to take immediate action.

On 12 April, an even harsher propaganda film, 'White Legion with Black Souls' was aired on the TV channel Belarus 1. The film accused the White Legion of Nazism, links with the Islamic State, plans to commit terror attacks in the Moscow metro, training children to become suicide bombers, and similar ludicrous claims. Moreover, the film cast Belarusian singer Anatoli Jarmolenka and actor Uladzimir Hasciuchin as 'experts'. Observers were quick to characterise the film as very poor-quality propaganda.

How true is the official version?

Even without the accusations of White Legion links to ISIS and Nazism, the investigation's 'evidence' appears mostly false. Belsat published an article which analysed photos of the weapon cache and concluded that they were either replicas of real arms or legally-sold airguns and airsoft guns.

Siarhiej Čyslaŭ, former head of the White Legion, who has been living in Ukraine over the last years, denies the article's accusations. In an interview with Euroradio, he stated that he would be honoured to be responsible for the creation of a deeply secret organisation, but in really the group had ceased all activity long ago. It was simply impossible to function legally in Belarus.

People close to former White Legion members informed the newspaper Naša Niva that although the organisation ceased to exist ages ago, its former associates still retain links and engage in training and cultural activities, including youth education in a Patriot Club near Babrujsk. They also admitted that they were ready to become the backbone of a volunteer battalion in case of Russian aggression, but had no plans for toppling the Lukashenka regime.

Mikalaj Statkievič also called the article a lie – he was not acquainted with any of the detainees, and the last time he met Čyslaŭ was ten years ago. Many other facts also prove the criminal cases to be a politically-motivated fabrication. For instance, Frau A., who speaks Russian with a strong accent in the propaganda film aired on the Belarusian television, somehow managed to write a letter without a single typo and used technical phrases commonly found only within security agencies.

Pro-Russian organisations not perceived as a threat 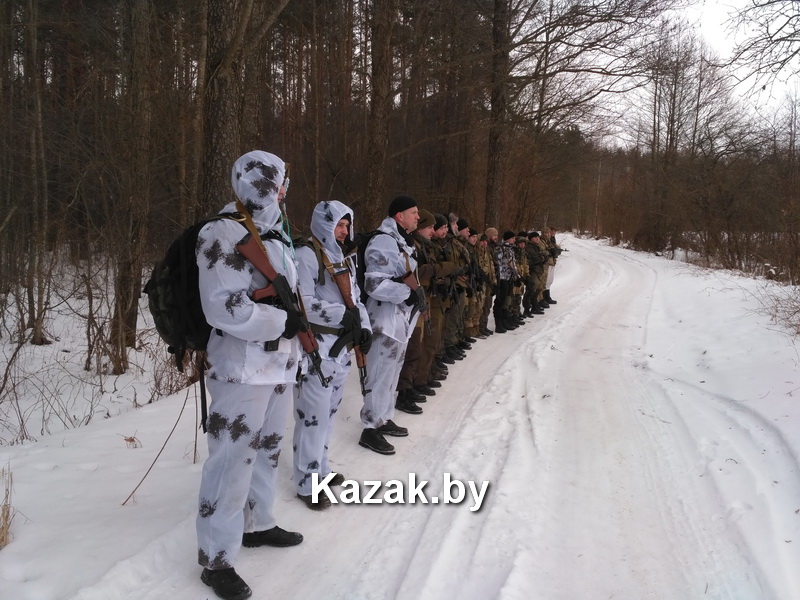 With exception of a single case when Russian nationalist publicists from the news website Regnum were arrested in December 2016, most pro-Russian groups face no serious pressure in Belarus.

Various Belarusian pro-Russian Cossack groups perform openly on a much larger scale the same activities of which  the Patriot Club and former White Legion are accused. They regularly conduct military drills with replica guns, train children, and cooperate with their Russian colleagues, who took an active part in the war in Eastern Ukraine on the pro-Russian side.

What's more, real pro-Russian combatants of Belarusian origin who fought in Ukraine freely visit Belarus and face only 'preventive talks' with security officers. Many of them admit in interviews that Belarusian siloviki sympathise with them and 'express support', as they have maintained close cooperation with Russian security and military forces since Soviet times.

Let's invent a threat as a distraction from the economic crisis

The case of the White Legion seems to aim at discrediting the wave of protests triggered by the ‘social parasite’ tax. The majority of the population is experiencing economic hardship and is losing faith in the government. The authorities are trying to destroy any group which could even theoretically be capable of organising resistance.

As Siarhiej Čyslaŭ puts it, it is important for the authorities that protestors be framed as fighters and terrorists, rather than political prisoners, thus avoiding new confrontation with the West.

The West, frightened by the Ukraine crisis, fears similar developments in Belarus and is inclined to trust the Belarusian government. At the same time, the authorities are trying to represent the crackdown on 25 March as an operation to save citizens from a terror attack.

Finally, the authorities are also apparently attempting to sell the threat of Maidan and anti-Russian armed groups to the Kremlin in order to achieve better oil and gas prices and other subsidies.

The White Legion case shows that in a difficult situation, the authorities prefer to rely on brutal force and illegal methods rather than open dialogue with the opposition and civil society. However, by destroying patriotic communities, they make themselves  and the Belarusian statehood even more vulnerable to threats from Russia.