On 9 May the World Hockey Championships officially started in Minsk. Belarus hosts the largest sports event in its history and the largest inflow of foreign tourists ever.

Belarusian authorities endeavoured to make tourists' life comfortable and even allowed them to come without visas provided that they show they have purchased a hockey ticket at the border. Most visitors indeed seem satisfied with the country and call it clean and friendly.

Meanwhile, the fears of the Belarusian authorities resulted in repressive measures against certain categories of Belarusians. About 30 political activists were arrested ahead of the event with fabricated accusations. Moreover, demobilised servicemen are not allowed to move freely and prostitutes are receiving extra time in prison for appearing on the streets.

The 2014 World Hockey Championship became the largest sports event that Belarus has ever hosted. At this point, around 17,000 fans from Europe came to Belarus with the “ticket instead of visa” scheme. According to this policy, if one buys a ticket to any of the matches, they receive the right to enter Belarus without a visa and stay here for the duration of the championships.

Among the most numerous groups among Minsk's guests are Latvians (7,000), Poles (4,500) and Lithuanians and Slovaks (around 1,500). However, the majority of tourists have come from Russia. Because of the absence of a real border no one can tell how many of them actually came. Meanwhile, State Border Committee predicts the main influx of fans will come closer to the play-off period. 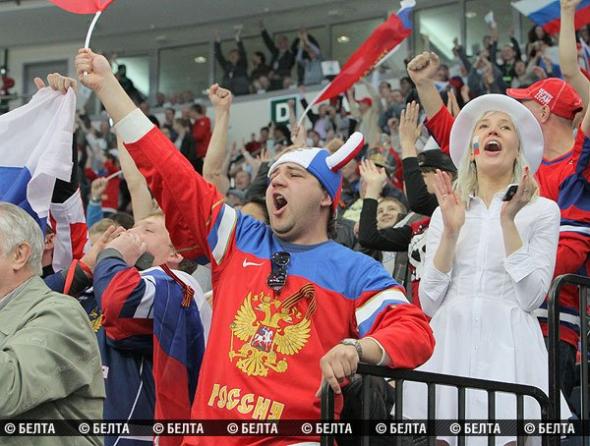 As the Minsk local authorities report, during the first four days of the event hockey fans drank over 100 tonnes of beer. The record for attendance of matches so far happened during the USA-Russia on 12 May, where 14,000 tickets were sold.

Most tourists interviewed by the journalists speak positively about the level of the championship management, services in the city and the city itself.

They call Minsk a clean city and people kind and friendly. The atmosphere seems friendly despite the Ukrainian crisis and tension between Russia and the West. Russian tourists were surprised that on 9 May people in the streets were mostly sober.

Belarusian security services were suspicious of Russian fans ahead of the event because of the rumour that they plan to hold a Russian March on 9 May. President of the Russian fan club “Russia United” said that he was invited to the police and KGB, where they inquired about potential threats from Russian fans.

From his words it became clear that organised Russian fans were themselves afraid of the Belarusian security forces. They even consulted with local authorities on the use of St. George’s ribbon, because earlier on information appeared on the Internet stating that such ribbons cannot be used during official celebrations.

Although hockey fans indeed appeared more peaceful than football ultras usually prove to be, several unpleasant incidents occurred in the first days of the event. On 9 May drunk Russians hung several Russian flags on the fence of Georgian embassy. But when they decided to remove Georgian flag from the flagpole and replace it by the Russian one, police had to interfere.

On 12 May police also detained two Russians who stole souvenirs from an ice arena shop. They received fines for their transgressions because the sum of the stolen items did not exceed the amount necessary to open a criminal case.

Despite the generally positive atmosphere at the championship, people complain about the ridiculous security measures. Some say that police would not let them in a local park with a litre of water because it violates security norms, while inside the park people drank vodka and beer freely at the tables. People report that at night police strongly recommended them to leave the city centre, and when they refused to, police violently forced them out using tear gas.

On the Internet people say that the authorities also try to hide demobilised army soldiers during the championships. They are not allowed to go home in uniform and army institutions are responsible for organising their transportation to their regions of origin. Thus the authorities are attempting to not have Belarus viewed as a militarised country while still maintaining public order, since ex-servicemen usually like to celebrate demobilisation with bouts of drinking and tend to engage in fighting.

The authorities are also trying to avoid putting out an image of being a sex tourism destination. Prostitutes complain that the police are cracking down on them despite the fact that demand for their services grows at such events. Now they risk 15-20 days in jail for being on the street, while previously they just had to pay a fine.

Prostitution is officially banned in Belarus but women actually work openly in the streets. Anonymous policeman told TUT.by that girls not only from Belarusian regions, but also from abroad come to earn at such events and the police try to control all of them. It was also noted that they tend to be good informers about what is going on around town.

Political Cleanup – the Dark Side of the Championship

Ahead of the championships a number of foreign and Belarusian human rights organisations urged the governments of the participating countries not to come to Minsk and thus express their condemnation of the political prisoner problem and other human rights violations. Lukashenka pointed out earlier that events of such scale are not just sports but political events. 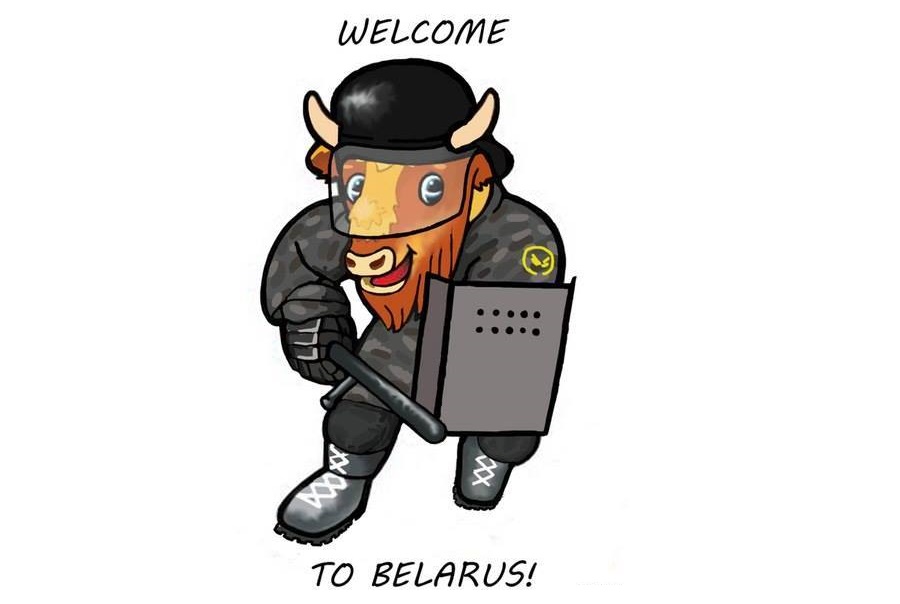 The Belarusian authorities responded to these comments in their customary way. On 7 May border officers detained Martin Uggla – the head of the Swedish human rights organisation Östgruppen at the Minsk airport. They told him that he was a persona non grata and the next day sent him back. Östgruppen is an organisation that has been cooperating with the Belarusian democratic opposition for many years.

On 8 May two representatives of the Youth of Norwegian Christian-Democratic Party were not allowed to enter Belarus. They were stopped in the train Vilnius-Minsk and put on a train back to Vilnius. The border guards explained to them that they were on a blacklist and cannot enter Belarus.

Also, right before the start of the event the police decided to 'preventively' arrest political activists to avoid any political actions that could damage the event's image. As of 9 May, around 30 activists were detained and a few more searched.

The authorities accused all of them of disorderly conduct and noncompliance with police orders and sentenced them from 10 to 20 days in prison. Meanwhile, Minister of the Interior Ihar Šunievič denies the political nature of the detentions. He told journalists that there exist no such definitions as preventive detention and all arrested people committed administrative offences.

Although the Belarusian authorities are doing their best to please tourists, they continue to apply repressive measures against their own citizens. By superficial cleanliness and friendliness they try to hide the real nature of the political regime in Belarus.