What does Trump’s presidency mean for Belarus?

On 9 November, Aliaksandr Lukashenka congratulated Donald Trump on his victory in the US presidential election. He praised Trump's “active and sincere position", hoping to restore Belarus-US relations; he also warned Russians against rejoicing over Trump's triumph.

However, people on the streets seem to interpret his victory through the lens of the Russian media, echoing the sentiment that Trump will pursue a friendly policy towards Russia and Belarus.

The Belarusian media enthusiastically reported on Trump's son-in-law Jared Kushner, whose ancestors came from Belarus and whose father visits the country regularly.

Many people noted the similarities between the leader of Belarus and the new leader of the US: both embrace elements of populism and opposition to the establishment, and both have a habit of bringing their young sons to official meetings. But despite these details, most experts agree that Belarus will hardly be a high priority on the US agenda.

Lukashenka: Trump is no friend of Russia

On 9 November Belarusian president Aliaksandr Lukashenka congratulated Trump on his victory. Lukashenka highlighted that Americans voted for a responsible, fair candidate who will bring change, saying: “You shook up American society and returned it to real democracy." The Belarusian leader expressed hopes that relations between Belarus and the US would continue on the path of normalisation.

At the same time, Lukashenka warned Russians against rejoicing too much over Trump's victory. "He is not a gift for Russia. Trump wants to make America great, but where does that put Russia?", he said. Interestingly, Lukashenka predicted Trump's victory earlier in September. "American society is not yet ready to elect a female president, even one as experienced as Hillary", he argued. 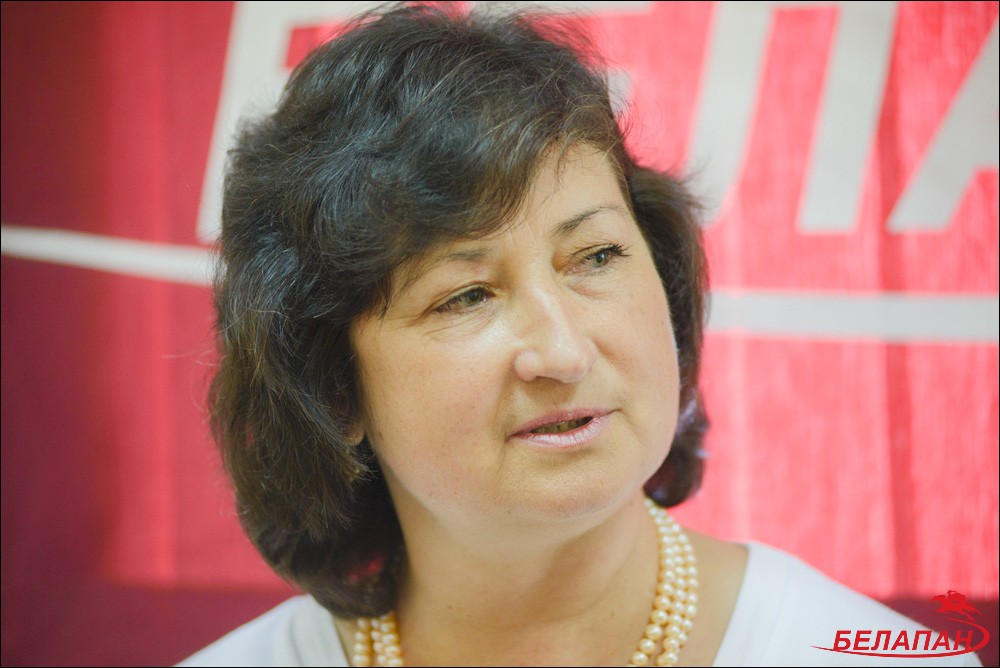 Other executive officials remained silent about the event, as the rules of the Belarusian political system restrict such public comments. In contrast, MPs were more open about sharing their views.

Recently elected oppositional MP Alena Anisim expressed her belief that Trump’s victory is evidence of the democratic nature of the US political system. Although Anisim anticipates changes in the internal politics of the US, she does not predict major alterations in external policy. Pro-governmental MP Mikalaj Ulachovič expressed hope that Trump would lift the sanctions against Belarus. However, claims about making America great disturbed the politician.

The Belarusian media outlets Belsat, Euroradio, and Sputnik interviewed people in the streets of the Belarusian capital. Most respondents expressed happiness about Trump’s victory. The most popular reason for this concerned the close ties between Belarus and Russia: “Of course, Trump. Trump is closer to Russia. Consequently – to us.” Another person stated that Trump would definitely advocate friendship with Moscow, thus strengthening cooperation with Belarus.

Some people, however, maintained that the effect of the US election on Belarus would be invisible. As one of the respondents said, “It will hardly impact us, since there are no contacts between Belarus and the US, no trade between us”. Although some hoped to see Clinton as the new president, many Belarusians still mistrust women in politics: “If she could not control her husband, how does she plan to run the US,” said one passerby. Another woman argued that “Woman in politics is like a monkey with a grenade.”

One of the most popular stories about Trump in the Belarusian media concerned the heritage of his son-in-law Jared Kushner, a real estate mogul and media tycoon from New York. As it turns out, Kushner’s great grandparents originated from the Belarusian town of Navahrudak. During World War II they escaped from the Navahrudak ghetto to join a Jewish partisan squad in the forests. 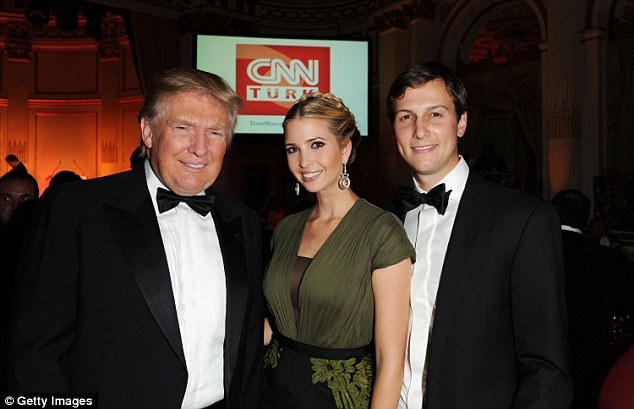 After the war they moved to the US, where Jared’s father Charles was born. Charles Kushner has a tradition of visiting Navahrudak with his grandchildren on the eve of their adulthood to show them the family’s history. Belarusians are hoping to see Trump’s grandchildren in a few years on their traditional trip.

As for the reasons for Trump's victory, Naša Niva called Hilary a “cold and uninteresting candidate”, who caused American society to vote for Trump “with their heart”.

A writer at Belarus Segodnya, one of the largest official dailies, mentioned that people are tired of democrats in the US, and this explains the success of Trump’s campaign. Although the newspaper generally demonstrates its support for the new US president, it did mention one particular threat his presidency could pose. If Trump stops investing money in NATO, Russia could gain unencumbered control of the region.

Some experts draw parallels between the populism of Trump and Lukashenka, both of whom oppose elite groups and seek out the support of the common people. Much like Trump, Lukashenka came to power unexpectedly in 1994 using populist slogans, while the establishment did not consider him a serious rival.

Similarly, the two leaders both rely on a certain trick – they bring their little sons to official meetings. The Belarusian president regularly takes his son with him on his trips abroad, including to the UN, North Korea, the Vatican, and to military parades in Beijing. Analysts argue that Lukashenka appears in public with his son in order to soften his image as a severe ruler. Likewise, Trump brought his youngest son to his first public meeting after the announcement of the election results.

However, there is a principal difference between them – Trump will have to work within the system of US democratic institutions, checked by the Congress, judiciary and various interest groups; he is also entitled to no more than two terms in power. Meanwhile, Lukashenka has been the sole ruler and decision-maker in Belarus for the last 20 years and shows no intention of stepping down.

As for the prospects of Belarus-US relations, experts do not think that the two presidents' vivid personal similarities will lead to much progress. Valieryj Karbalievič argues that Trump's administration does not plan to touch on the issue of Belarus in the upcoming years. The development of bilateral cooperation will continue down its existing path. 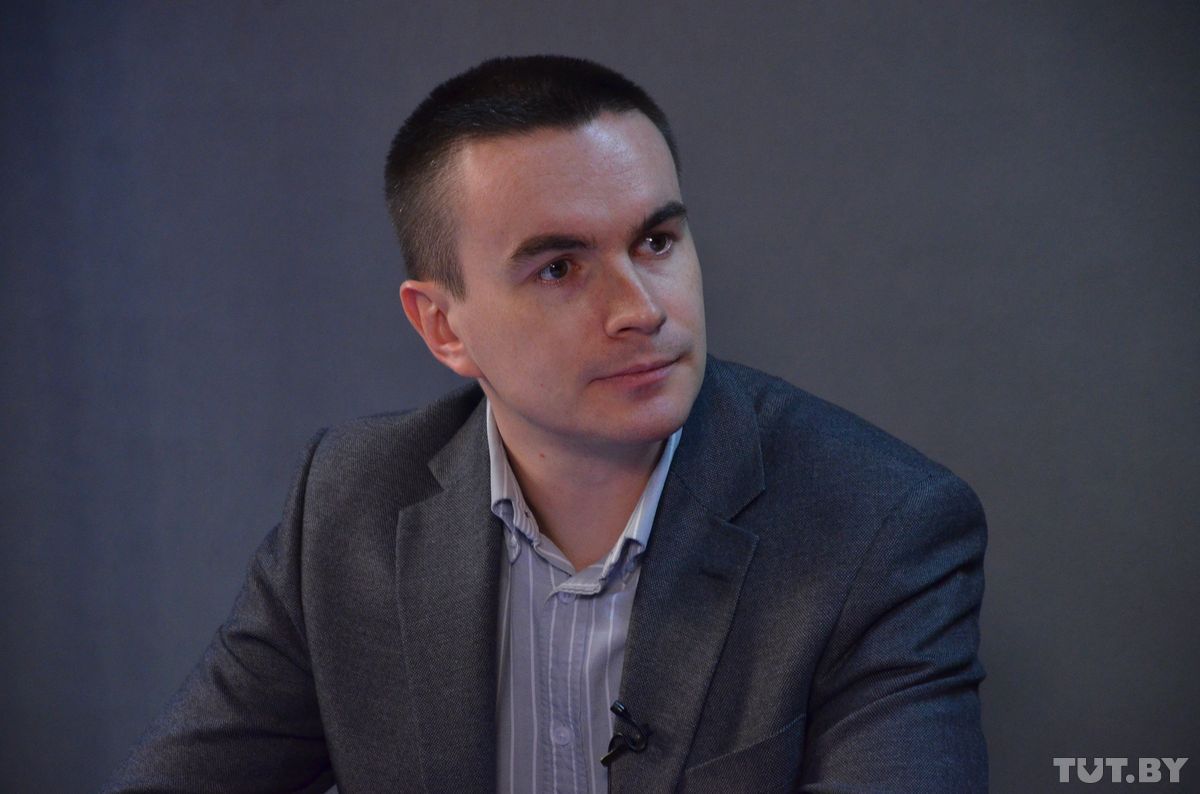 Dzianis Mieĺjancoŭ argues the US is highly unlikely to prioritise Belarus. Consequently, US-Belarus relations will develop according to a similar model to the last two years, focusing on human rights and security issues.

It is not yet certain whether the American president-elect will renege on his promises and bring significant changes to US internal and external policy. Most likely, Belarus will not see dramatic changes under Trump’s presidency. Nevertheless, the government has hopes for the new US leader, while common Belarusians replicate Russian media discourse surrounding Trump as a pragmatic friend of Russia and Belarus.

Alesia Rudnik is an intern at the Ostrogorski Centre and MA student at Stockholm University.

Vadzim Smok is an analyst and project coordinator at the Ostrogorski Centre.