Alexander Lukashenka states that the West 2017 drills proved successful and that attempts to discredit them were extremely unprofessional. According to the Belarusian MFA, a block mentality must become a thing of the past; the country refuses to make a choice between East and West.

Belarus is about to become the largest potash producer in the world. The government is in the final stages of preparing laws aimed at developing entrepreneurship. The EBRD claims it has reached a ‘strategic level of cooperation’ with Belarus and is considering new investment projects.

On 20 September the joint Belarusian-Russian strategic exercises West-2017 came to an end. Alexander Lukashenka was personally in charge of the final stages of the event and later answered journalists’ questions, published by Belarus Segodnia. According to him, the exercises have achieved the goals they set out. Both the armed forces and the territorial defence system of the country were improved.

Responding to the fact that the presidents of Belarus and Russia observed the manoeuvrers separately, Lukashenka replied: ‘Well, if the shell hits one place, both of us will be gone at once … We agreed that since the main phase was to take place here, while very large exercises were also held in the Leningrad Region, the President of Russia will monitor the drills in the north, and me in the centre.’

As for speculations that Russian troops would stay in Belarus after the exercise ends, Lukashenka promised he would gladly comment on this after all the troops return to their places of permanent deployment. Yet it is already clear that this attempt to discredit the exercises was extremely unprofessional. 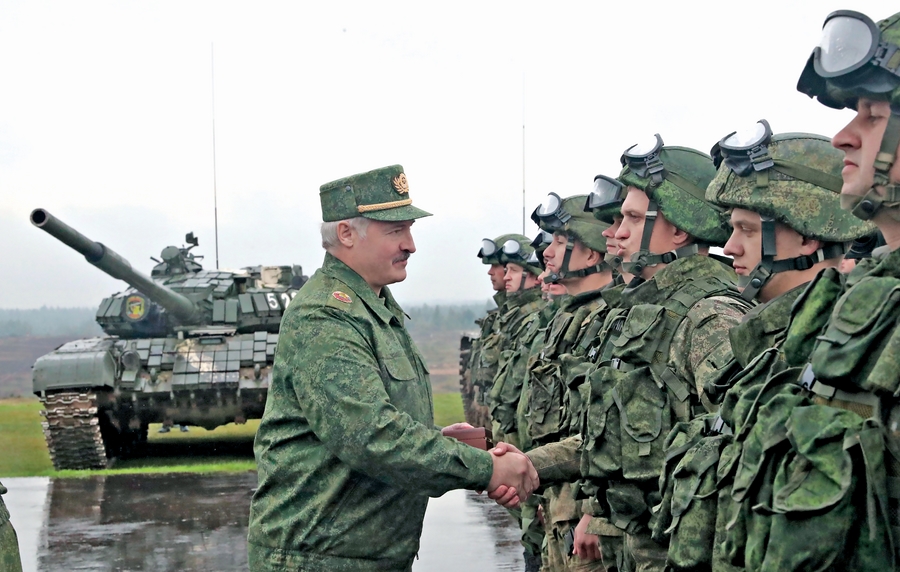 Lukashenka at the final stage of West 2017. Photo: sb.by

Belarus calls for a union from Lisbon to Vladivostok. Narodnaja Hazieta quotes a speech by Belarusian deputy foreign minister Alieh Kraŭčanka at the Minsk Dialogue conference dedicated to the future of the Eastern Partnership. The fact that Belarus maintains a strategic alliance with Russia does not mean that it is avoiding developing relations with the European Union and the United States. This block mentality must become a thing of the past; the country refuses to choose between East and West.

The EU and the EEA should begin technical dialogue aimed at harmonising standards and solving existing problems. After a summit in Brussels in November, Belarus expects a more pragmatic Eastern Partnership, by which it means better access to European markets, simplification of customs relations, and further development of infrastructure facilities.

The Second European Games will give a ‘powerful ideological impulse to Belarusian society’. The largest sports event in the history of Belarus will take place on 21-30 June 2019, reports Narodnaja Hazieta. Preparations for the event include significant development of sports infrastructure: development of Dynamo stadium, which will turn into a multifunctional complex, a new building for the Republican Scientific and Practical Sports Centre, the Centre of Gymnastics and a multi-field game gym, and a new 25-level dormitory in the Student Village.

Despite Belarus’s experience of hosting other international competitions, the organisers of the Games are expecting it to be a serious challenge. Belarus has seen no event of this scale: about 11,000 participants will come to the forum. As president Lukashenka pointed out, ‘The European Games should give a powerful ideological impulse to our society, consolidating the nation even more … We must bring the nation, the country, and the state to the highest stage of development, and the Games should do a lot achieve this.’

The government is in the final stages of preparing laws aimed at developing entrepreneurship among citizens. The government will submit a total of 10 documents for the President’s consideration by 1 October, reports Belarus Segodnia. These documents seek to promote self-employment and improve living conditions in small and medium-sized settlements.

Alexander Lukashenka recently met with the country’s ministers to discuss the first three laws; he generally approved them.  These laws would go far to facilitate the process of opening and managing businesses. In particular, they would expand the list of businesses that citizens can open without registration, paying only a single tax.

Belarus will soon become the largest potash producer in the world. Currently, the state-owned potash company Belaruskali is working on the construction of two mining and processing plants, called Petrykaŭ and Liubań, along with the currently operating Starobin plant. The company estimates the volume of potash at the Petrykaŭ deposit to be 2.2 billion tonnes, writes Respublika. This will be enough for production of 1.5 million tonnes yearly for about 90 years. After the commission of the new ore-dressing plants, Belarus will become the largest potash producer in the world.

According to Ivan Halavaty, following the break with the Russian company Uralkali in 2013, Belaruskali and the Belarusian Potash Company gained prestige among buyers and producers worldwide. ‘They are self-sufficient companies that can carry out their activities independently. Therefore, I do not consider a new alliance with the Russian company necessary’, he said. 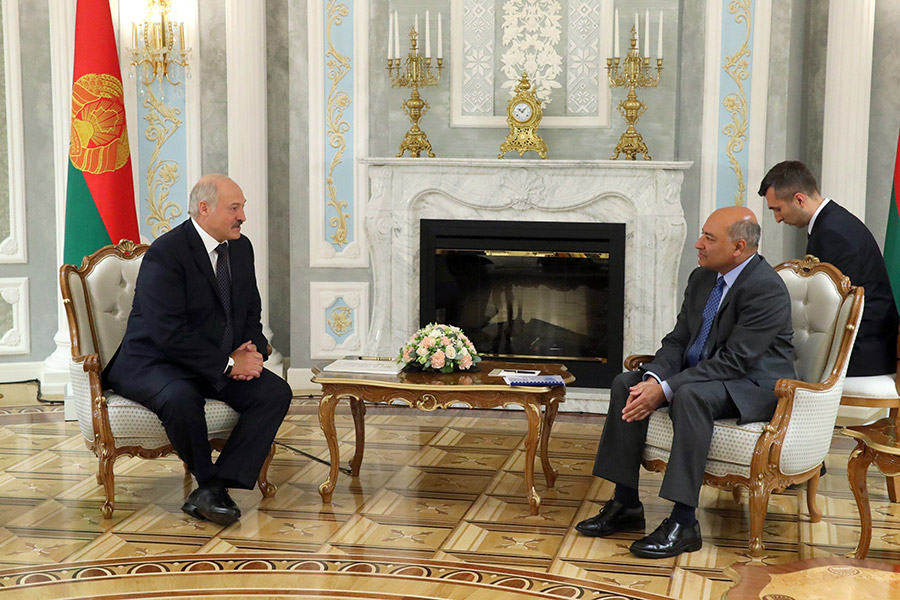 EBRD has reached a ‘strategic level of cooperation’ with Belarus. Aliaksandr Lukashenka met with the President of the European Bank of Reconstruction and Development, Suma Chakrabarti, to discuss the EBRD strategy for Belarus for 2016-2019. It includes expansion of operations in the public sector and assistance in the implementation of infrastructure projects. The EBRD could participate in the organisation of the southern transport corridor in Belarus.

The Bank already has experience in supporting road construction projects, one of which is the modernisation of the Hrodna-Minsk highway. Now, the Belarusian government is discussing the construction of a wider highway in the south of the country to attract commodity flows from China, Central Asia, and Russia. In the near future, the bank plans to invest up to €200m in Belarus and, in particular, to become a shareholder in Belinvestbank.

Police advocates restriction of alcohol sale hours. The Ministry of Internal Affairs wants to ban the sale of alcohol at night not (in stores only), but also at gas stations, writes Sielskaja Hazieta. Alieh Karasej, Head of the Department of Prevention of the Ministry, recently revealed sad statistical findings: 80% percent of murders and incidences of grievous bodily harm are committed in a state of intoxication. Family members and relatives of alcoholics are the primary victims. However, compared to figures from ten years ago, the situation today has improved somewhat. Previously, 300 relatives of alcohol abusers perished annually, while today the number stands at about one hundred.