Belarus sees a significant shift towards exports of raw materials over the past two decades, especially in trade with the EU. Russia receives interest from loans to Belarus at twice the rate of investments in US debt obligations.

Minsk mayor reveals development plans: the city will become denser, but without major increase in malls and hotels. This and more in the new edition of the Belarus State Press Digest

Lukashenka meets with top security officials. On 5 September, President Alexander Lukashenka held a meeting with the  Security Council, writes Zviazda.  He inquired about the results of the season’s harvest, the problem of receivables, and the situation surrounding West-2017 exercises. Officials reported that harvesting went without major problems due to the good work of law enforcement bodies.

Foreign distribution networks now owe more than $500m to Belarusian companies, and the government is now trying to find solutions to this problem. Regarding West-2017, Lukashenka stated that ‘We have a joint army group of Belarus and Russia pointed in the western direction and we need to train it to fight. But we are not going to attack anyone’.

West 2017 military drill will be smaller that of NATO in Poland. First Deputy Minister of Defence Alieh Bielakoneŭ revealed details of the West-2017 military exercises, which were published in Belarus Segodnia. In order to prevent tension in relations with neighbouring countries, the authorities chose to hold the drills far from the state border. The total number of military personnel involved will reach 12,700; the drills will also involve 370 armoured vehicles, up to 150 artillery units, multiple launch rocket systems, and more than 40 aircraft and helicopters.

Bielakoneŭ noted that all major parameters of last year’s multinational NATO exercise, Anaconda-2016, exceeded those of West-2017. Furthermore, the upcoming NATO drill – Dragon 2017 – will be held in Poland in a month and will feature a total of about 17,000 soldiers. Despite these facts, Belarus does not accuse its neighbours of aggressive behaviour. Belarus wants to engage in extraction of Afghanistan natural resources. For most Belarusians, Afghanistan does not enjoy a positive image, and the official visit of Afghan Prime Minister Abdullah Abdullah to Belarus in August did not attract much public attention. However, an economic partnership with this state could be highly profitable, explains Narodnaja Hazieta. Afghanistan possesses natural wealth – mostly in the form of metals – worth almost a trillion dollars.

However, due to the country’s mountainous desert terrain, absence of infrastructure, and lack of professional staff, extraction projects will require tens, if not hundreds of billions of dollars of investment. Belarus will not be able to compete with big players there and would do well to work in tandem with countries such as China or India.

Belarus has become a raw material economy. Over the last six months Belarusian exports have increased by 19.4% compared to the same period in 2016, reports Respublika. However, growth occurred only due to services – mainly computer and transport – rather than goods: while goods gave a minus of $1bn, services brought a plus of $1.4bn. According to a study by the IPM Research Centre on the export performance of Belarus in 1998-2016, the country has seen a significant shift towards export of raw materials.

80% of exports to the EU consist of fuel, timber, chemical products and metals; even these exports are steadily declining. While in Belarus raw materials and consumer goods dominate exports (51% of total volume), in Hungary and the Czech Republic capital and intermediate goods account for 55% and 58% of sales to foreign markets.

Russia repays Belarusian debt. Recently, the Russian government approved the allocation of a $700m loan to Belarus to repay a previous debt. Soyuz asked Russian analyst Kirill Koktysh what this would mean for the country. According to him, this is a regular debt restructuring. The fall in oil prices caused a decrease in export income in both Russia and Belarus, but due to the smaller size of  the latter’s economy, Belarus took a greater hit.

Finding new sources of income will take some time. For example, a significant increase in Belarusian agricultural production has become visible only now, although the government has been investing in it heavily for many years. Meanwhile, the credit history of Belarus remains flawless, and Russia received twice higher interest from loans to Belarus than the interest from the money invested in US debt obligations. 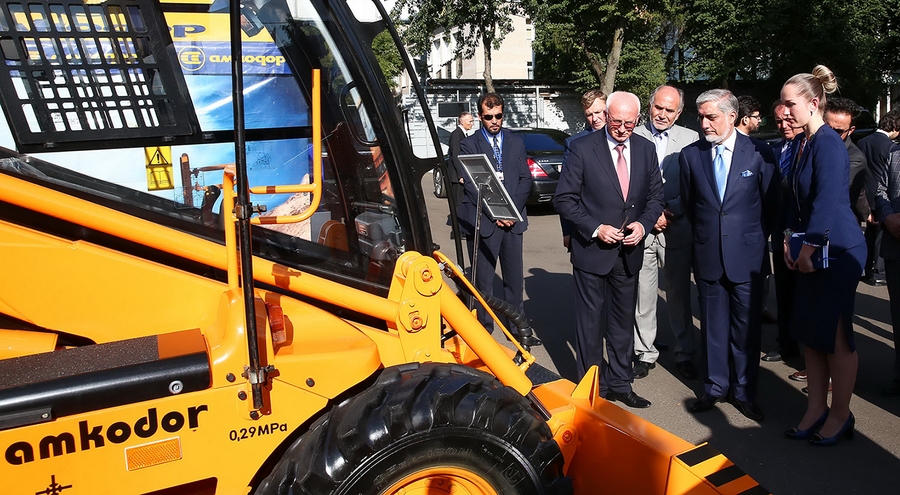 Belarus needs a population strategy. In 2016, for the first time in 20 years, Belarus saw an increase in population. The country has one of the lowest levels of maternal and infant mortality rates in the world. However, about 63% of Belarusian families remain single-child families. However, for a nation’s population to grow, most families need to have three children.

The number of women of childbearing age is decreasing, while teenagers dream of pleasure, career, travel, and high salaries rather than a large family. More than one hundred institutions provide assistance to mothers and children, and the state has developed a proper family support system, so now the government needs to gently correct the attitudes of young people towards reproduction, writes Belarus Segodnia.

Minsk will become denser, but without major increase in malls and hotels. Andrej Šorac, the mayor of Minsk, told journalists at Belarus Segodnia about development plans for the Belarusian capital. The city will not be expanding outwardly, instead opting for infill: using empty, inefficiently used, and industrial areas inside the Minsk ring road. The mayor expressed scepticism about the future of the so called satellite towns around Minsk, which were supposed to attract city dwellers. Developers will not invest in them as long as possibilities to construct housing inside Minsk remain.

The city has also approached its limit for retail trade zoning and hotels per capita. The idea of removing car traffic from the city centre and making it pedestrian should be considered carefully, as the Belarusian mentality requires comfortable and effective transportation. Nevertheless, some streets will certainly become restricted for cars, the mayor said.