At the end of April, the 6th Belarus Fashion Week took place in Minsk. It may come as a surprise that there is a fashion industry in Belarus, and in fact, this is one of the good news from the country. During the last years, a whole branch of young and excellent fashion labels has emerged in Belarus.

Clothes – the Most Important Good after Food for Belarusians

According to the National Statistic Committee, Belarusians spent 11,6% of their income on clothes, which is the second largest position after food. This proves that there is a whole growing clothes industry. After the economic crisis in 2011, money has reappeared to be spent on the outward appearance. However, buying modern, good quality clothes at affordable prices is very difficult in Belarus. So far, there have been three ways to buy garments in Belarus:

1. The national clothes industry. There are some pretty good manufacturers in Belarus which are partly even available abroad: The famous brand “Milavitsa” for female underwear, “BelWest” shoes for adults and Shagovita for children, Belarusian knitwear “Areola”. However, every day modern and cheap clothes are difficult to find. Belarus-produced clothes are very expensive and of low quality and not made according to any fashion trends. These, however, are the only clothes sold at the department stores all over the country. How does not like this kind of clothing has therefore two options left:

2. The markets: In Minsk, there are markets and little shopping centres where you can buy fashionable clothes, mainly imported from Russia or Turkey. They are highly expensive and the quality is not always good.

3. During the last years, some of big Western chain stores have opened in Minsk. However, they often sell just overpriced remnants of last year’s collection. Cheap Western clothes are sold as the latest of fashion to young people who can hardly afford them.

Rising Importance of the Fashion Industry

Those options for fashionistas and people who like to dress decently are not satisfying as it gets clear when looking at the research result of the market research institute MASMI from March 2013. According to those figures, buying clothes in the Western European countries is one of the options for Belarusians. Another study carried out by shoe hero revealed that 34,7% of Minsk residents travelled abroad for shopping in 2012, and shoes and clothes are by far the most bought articles in this statistic: 86,5% of the shoppers bought those items abroad, because “they are cheaper than in Belarus” (92,5% ).

The upcoming of high fashion from Belarus is therefore an answer to the growing demand of Belarusian customers. During the last years, a whole range of young designers has appeared in Belarus. The sixth edition of the Belarusian fashion week shows their growing importance in the country: 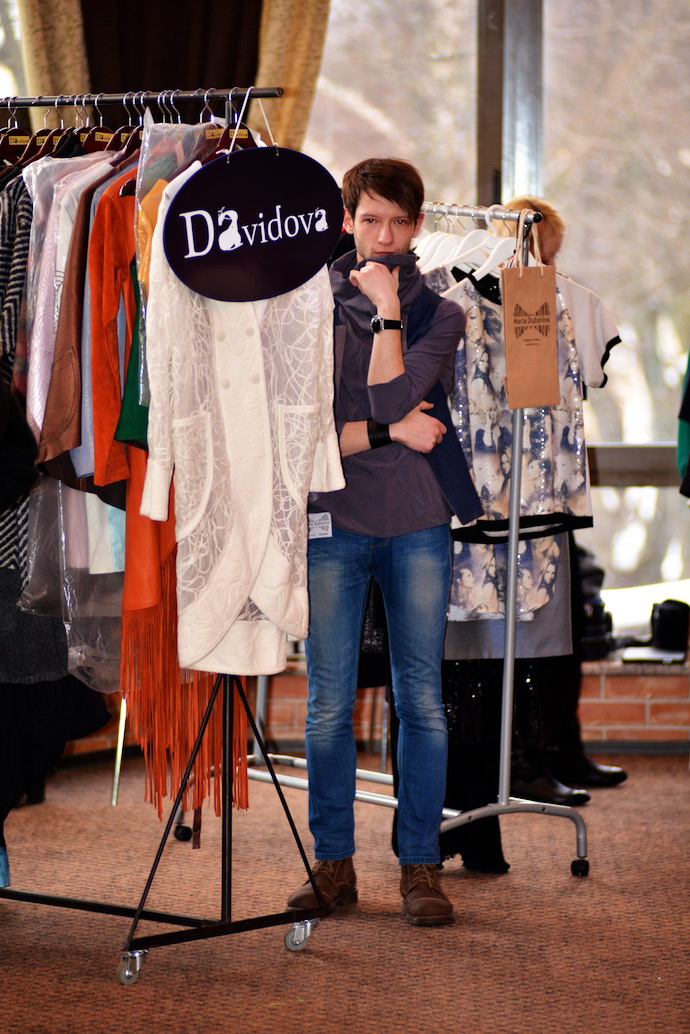 For the first time, important Belarusian firms decided to be partners of this event. The Belarusian light industry concern “Bellegprom” as well as the shoe producers BelWest became partners of the fashion event. The new location, the BelExpo exhibition complex underlines the rising significance of the event as well as a close cooperation with the Belarusian “Belteleradiokompanija”, responsible for state TV and radio channels.  The international cosmetics company “Artdeco” was international creative partner of the event. More than 70 Belarusian designers participated in the Belarus fashion week.

The clothes those Belarusian designers present are high quality, not very expensive and they absolutely fashionable. The question of journalists, therefore, have developed from their standard question” Is there fashion in Belarus” to a more pointed “How do you get buyers for your collections” at the press conference according to Irina Zhukova, who commented on the event for the Belarusian news portal tut.by. Indeed, there are several clever mechanisms to make the excellent collections available to interest customers.

Currently, there are three places where the designer clothes can be bought in Minsk during any season: the Show Room of the Central Fashion Market in 3, Revolutionary Street in the old town of Minsk. Here, Belarusian designers present their clothes in a little shop enclosed to a studio where clothes are made. Another shop can be found in the new shopping centre Nemigoff (3, Nemiga Street), shop Nr. 55. Moreover, the coffee bar “Newton” in Minsk sells designer clothes.

Apart from those permanent places, fashion markets take place in Belarus three to four times a year. Those fashion markets bring together young designers and potential buyers. Most designers also have websites or sell their clothes through their social network websites, as the designer Anna Yanchilina, who makes beautiful clothes mainly from Belarusian linen. Affinity to social media and very personal customer relations are common characteristics for the new generation of Belarusian designers.

One of the stars among Belarusian designers is Maria Dubinina. Having graduated from the Belarusian Technological College in Fashion Design in 2006, she took part in the Belarusian fashion contest “Melnica Mody” and several international competitions. Today, she designs costumes for the Belarusian band “Krambabulya”- which are, by the way, famous for their eye-catching stage outfits.

Maria is highly professional and traded as one of the most talented young designers. After her debut at the Belarus Fashion Week this year, she is now presented in the glossy Belarusian magazine “Belarus Fashion Collection”. Her clothes can be bought not only in Belarus but also in Russia and Smolensk. Maria works in a little workshop not far from the centre.

She told Belarus Digest, that so far, it was not possible to live on income from selling fashion clothes at the moment. Her current collection, called “Shark” targets those who buy her clothes – successful middle class business women who know their standing in life.

The number of middle class women buying domestic designers and wearing them proudly is certainly rising in Belarus- thanks to the growing professionalism of the fashion industry and the designers. It is certainly worth keeping an eye on the designers and their successes- not only for fashion addicts but also for clever businessmen interested in quality products from Belarus.