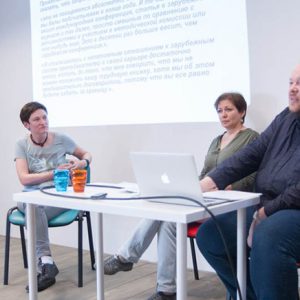 Libereco analysis: no signs of liberalisation after 100 days since the EU abandoned its sanctions against Belarus. Belarusians become more indifferent to people with disabilities, according to fresh survey of the Disability Rights Office. BOSS presents analytical report on the situation with students’ mandatory job placement in 2016. This and more in the new Digest of Belarusian Analytics.

Foreign Policy Audit: Ukraine-Belarus. On June 8, in Kiev, Institute of World Policy presented its research on the current relations between Ukraine and Belarus. The report shows that more than 80% of Ukrainians consider Belarus the friendliest country. The discussion was attended by Belarusian experts Jaŭhien Prejherman, expert initiative Minsk Dialogue, Andrei Scriba, the Institute for Privatisation and Management, and diplomats.

To Belarus-Ukraine Strategic Cooperation: Benefits and Challenges – Andrei Scriba presents his study that offers opportunities to encourage the development of Belarusian-Ukrainian cooperation. In particular, Belarus and Ukraine interaction should be as inclusive; that is, it's necessary to engage other countries, first of all, post-Soviet states and EU countries in Eastern Europe.

Belarus Foreign Policy Index #31 (March–April 2016) – BISS presents its regular issue of Belarus Foreign Policy Index, which explores Belarus’s foreign policy in the five key dimensions – Russia, EU, China, “developing world”, and Ukraine. In particular, in relations with the Russia, Belarus has found compromise solutions on a number of areas of cooperation. After the lifting of sanctions, EU relations have entered a new period.

Belarus Between Elections: Lukashenka Limited – Balázs Jarábik and Alena Kudzko believe that without a finessed approach in the West, Lukashenka, always a deft maneuverer, might not be able to continue to resist falling under the spell of Russia’s influence. The EU`s policy should not sacrifice democracy for the sake of security, but the former should be viewed as an endgame instead of an ultimatum defining the entire relationship.

Second Monitoring Report on Implementation of Belarus Roadmap for Higher Education Reform – The report is drawn by the Belarusian Independent Bologna Committee and the Ad Hoc Commission of the Belarusian National Platform of the EaP CSF. The report covers the period from January to June 2016. As before, the main obstacle to the Roadmap implementation is the absence of a clear regulatory and legal framework that would serve as a basis for the fulfilment of Belarus’ obligations.

Modernisation of Higher Education in Belarus: Social and Humanities Sciences – Centre for European Studies held a study on academic mobility, communication between teachers and students, creation of curricula and programmes. One of the findings of the study is that the standardisation of education seems to be brought to absurdity and does not ensure quality. Students are quite happy as the background of reducing demands allows getting a diploma easily.

Analysis: 100 Days of Belarusian Rule of Law – June 3 marks 100 days since the EU abandoned its sanctions against Belarus, suggesting that a process of liberalisation in the authoritarian state merits such a decision. However, an analysis by human rights organisation Libereco – Partnership for Human Rights shows that the country is still far removed from rule of law and respect for human rights. In several respects the pressure on civil society has been heightened.

Human Rights Situation in Belarus: May 2016 – Human Right Centre Viasna released its monthly monitoring on human rights in the country. The issue notes that during the month, there were some negative trends indicating the deterioration of the human rights situation in comparison with the previous months, namely, due to the Critical Mass peaceful cycling event's crackdown and two participants facing criminal charges.

Mandatory Job Placement of Young Professionals In 2016. Analytical Report – The Brotherhood of Organisers of Student Self-government (BOSS) presents an analytical report on the results of the mandatory job placement’s campaign of 2015/2016. The report summarises the facts of legislation violations and pressure on students. The report includes an analysis of the data on-line questionnaire of 141 graduates. Namely, 56% of the respondents are satisfied with the results of their assignment, while 31.9% answered negatively.

Belarusians Become Indifferent to Persons with Disabilities – Over the past five years, a higher percentage of Belarusians has come to an opinion that people with disabilities should learn, live and work in special conditions, rather than to have equal opportunities with others. Namely, according to a fresh survey of the Office for Rights of Persons with Disabilities, now only 30.7% of Belarusians believe that the inclusive education is “rather helpful” (in 2011 – 46.1%).

Will the Opposition Gain Seats in the Belarusian Parliament, and Is That Still Relevant? – Grigory Ioffe notices that in a post-Soviet state still lacking a healthy democratic tradition, unbending external demands that Minsk make room in the parliament for the opposition could well backfire. Not recognising and properly taking into account actual realities risks Western policymakers once again losing Belarus.

Tax Freedom Day Belarus 2016 – Liberal club releases an annual study that shows how many days the nation is working to get rid of the tax burden of the state, and reminds citizens that they have to share part of their private property for the sake of society. The study's calculations show that the day of freedom from taxes in 2016 begins on May 15, ie Belarusians should work for the state nearly 136 days. 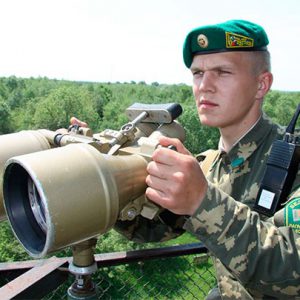 Minsk wants to maintain its own position in the latest confrontation between NATO and Russia in the region. Various Belarusian officials state that they see no immediate threat to Belarus from NATO, but rather from a possible internal conflict like those that occurred in Ukraine and Arab countries.

The Belarusian government is more preoccupied with bringing the Ukrainian border under control. Minsk is hastily demarcating the border and providing its troops there the best equipment. However, this process has already caused problems on the ground.

Minsk wants no fuss about NATO

Speaking on 7 June at a CIS conference, Belarusian president Alexander Lukashenka said in response to new NATO forces arriving on the western border of Belarus that “without much fuss we are adopting adequate measures.”

That is exactly the opposite of what the Kremlin would like to see i.e. some form of demonstrative response to NATO. Minsk has already resisted Moscow's plans to move some Russian military units inside Belarus.

Speaking on 3 June to Cuban news agency Prensa Latina​, Belarusian Deputy Foreign Minister Yauhen Shastakou provided more insight into how the Belarusian leadership perceives the growing confrontation in the region. First, Shastakou emphasised that new NATO deployments, drills and the development of NATO infrastructure along Belarusian borders is “a potential challenge for the Union State of Belarus and Russia.” Not a challenge for Belarus alone, in other words, and just a potential, not current problem.

Secondly, he criticised the inclination of all key players on the European continent to increase their military capacities and added: "We do not share the approach based on placing additional foreign military facilities and forces on one's own territory. We believe that such actions weaken the security of a particular state."

Said in the official parlance of the Belarusian government, the message was rather clear: Minsk wants no Russian military bases on its territory and instead is seeking an understanding with its neighbours. Indeed, while accepting the letter of credence from the new Polish ambassador on 6 June, Lukashenka announced that Belarus “shares with Poland the responsibility for security in the region.”

Speaking on 7 June at a round table on the new military doctrine organised by the main government media outlet Belarus Segodnya, Aleh Pechan', director of the Military Security Department of the State Secretariat of the Security Council underlined: “There is currently no military threat to Belarus. And we do not forecast its emergence in the foreseeable future.” Potential risks according to him stem from so-called hybrid wars that involve foreign forces provoking internal armed conflict within another country.

This vision combines fears of what has happened to both Ukraine and to Arab countries in recent years. And it is definitely a far cry from Russia's perception of the global confrontation with NATO and US.

Border with Ukraine: still not under control?

Belarus' 1,084km border with Ukraine remains a major concern for Minsk. In a press conference on 26 May Chairman of the State Border Committee Leanid Maltsau admitted that “misunderstandings” were occurring in the course of demarcation of the border with Ukraine.

He specifically referred to the protests by Ukrainian citizens living near the demarcation line in Ukraine's Volyn' province. Minsk is trying to suppress media coverage of any conflict situation that involve Ukraine (for instance, cases of arms smuggling are reported late and probably not in full).

The situation on the border with Ukraine's Volyn province might also be more serious than Maltsau conceded. The Poland-based Radio Racyja reported in early May that “the demarcation [by the Belarusian government] of the Belarus-Ukrainian border in Volyn' province is being blocked by local residents.” Apparently, these protests are linked to the massive illegal extraction of amber in the region which requires large quantities of water from a canal that the Belarusians are going to put behind the border fence.

After Ukrainian villagers threatened to burn down Belarusian construction equipment, the Belarusians halted the demarcation process in February. The conflict remained unresolved in early May at least.

Minsk, concerned about a possible spill-over of violence from the war in Ukraine and weapons smuggling, is silently yet consistently investing in closing the frontier with Ukraine. The official military daily Belorusskaya voennaya gazeta ​on 4 May printed another report revealing details of these efforts.

It described the Border Outpost Svaryn' of the Pinsk Border Brigade which guards the border between Brest province in Belarus and Volyn province in Ukraine. The report admitted that the border outpost “was constructed in summer 2015 in a very short time”, but kept silent on the reasons for this haste.

It also avoided discussing the fact that the Svaryn' outpost guards 40km of the border while in Soviet and post-Soviet security establishments an outpost covers on average just 15-25km. Moreover, these 40km include rough terrain featuring lakes, swamps, and numerous small and large waterways. Smuggling is a tradition in the region.

And there are places on the Ukrainian border where the situation is even worse. For instance, last year the Mazyr Border Brigade guarded 377km of the border, including 48km of waterways with just four outposts, one mobile outpost and two small border posts; that's about 70km per outpost. There is no information on whether the situation has improved this year.

Minsk is struggling to compensate for the scarcity of human resources with equipment. The official army daily in the article mentioned above boasted of state-of-art electronics, communication equipment and quadracycles. Yet it also revealed that Pinsk Border Brigade has become the first in the country to not only operate surveillance drones but even to deploy in 2015 autogyros to control the border. The Belarusian government even bought Italian Orion autogyros.

Kazakhstan as a new priority

Kazakhstan may become another major post-Soviet partner in the defence sphere, alongside Ukraine. On 25-28 March First Deputy Defence Minister of Kazakhstan Saken Zhasuzakov paid an official visit to Belarus.

Meanwhile, on 2-3 June Belarusian Defence Minister Andrei Raukou paid a working visit to Kazakhstan. As a result of these contacts Belarusian and Kazakhstani firms concluded two major deals. The first concerns sales of Kazakhstani components for Belarusian sight devices; the second provides for repairs to be carried out by Belarusian firms to Kazakhstani Su-25 close air support aircraft.

On 16-20 May a military delegation from the United Arab Emirates came to Belarus. It fits the pattern of Belarusian foreign policy that prioritises cooperation with the bloc of conservative Arab countries in the Middle East. Indeed, on 12 April Raukou also had a formal meeting the Syrian ambassador , and on 27 April he may have met the Iranian Defence Minister. However neither meeting was very substantive.