Is inequality a serious problem in Belarus?

Belarus officially proclaims itself “a state for the common people” that allegedly puts an emphasis on the interests of the lower social strata. Initially Alexandr Lukashena played the role of an egalitarian leader working for the good of common people. His career... 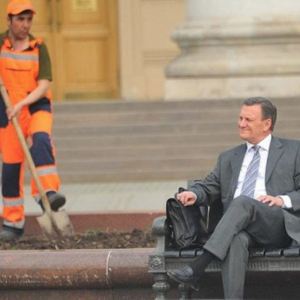 Belarus officially proclaims itself “a state for the common people” that allegedly puts an emphasis on the interests of the lower social strata. Initially, Alexandr Lukashenka played the role of an egalitarian leader working for the good of common people. His career began in the Perestroika era with anti-corruption “struggle against benefits” of officials. Yet the independent analysts note a stable growth of income inequality in Belarus during the Lukashenka presidency.

The CIA World Factbook 2009 reports GINI coefficient for the country is 0.35-0.39. That is lower than in Russia but higher than in Ukraine and other European countries (excluding Baltic and Portugal where GINI is the same). Actually it is hardly possible to collect the correct data of income as well as property structure in Belarus. So every estimation should be very cautious.

The capital of Belarus doesn’t show nearly the levels of stratification like Moscow where absurd pomposity goes side-by-side with wretchedness. Nevertheless, a careful spectator can observe clear signs of social inequality in Minsk. Several separated portions of the city are growing increasingly impressive with their private mansions, while the majority of citizens are still dwelling in humble grey block apartments. Luxury cars stand out in the downtown but the public buses are crammed with masses of blue-collar and low-level white-collar workers.

Gilded youths dine in restaurants and bars but it is an impossible task to find economy class diners. The “common people” drink its beer or vodka in desolate parks, block yards and other unpopular public places under the reasonable risk of penalty.

Some officials are not hiding their wealth. For instance, the Brest region governor Kanstantsin Sumar (notorious for his statement: “Lukashenka is a little bit above God”) in the financial crisis of 2011 bought a car worth more than $100,000. This was a point of consternation in the public’s opinion because the propaganda tells the salaries of the officials are average but a person with average wages has to work over 40 years to buy such goods. Sumar’s briefing just tried to hush the issue up: “No comments. Mind some really important matters.” Similarly, all the controlled media shield the authorities and pro-government businessmen recommending people “not to peep in other’s pockets” and “stop envying”.