Autumn of tough economic decisions – digest of the Belarusian economy 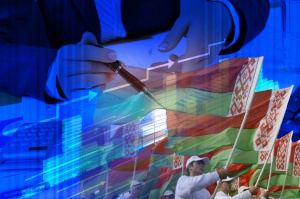 However, on 21 September the IMF warned the Belarusian authorities about new threats to macroeconomic stability, namely the high level of bad assets in the banking sector and the sustainability of state debt.

Meantime, the tight embrace of the Russian economy continues to squeeze Belarus – this time because of petroleum product transportation. 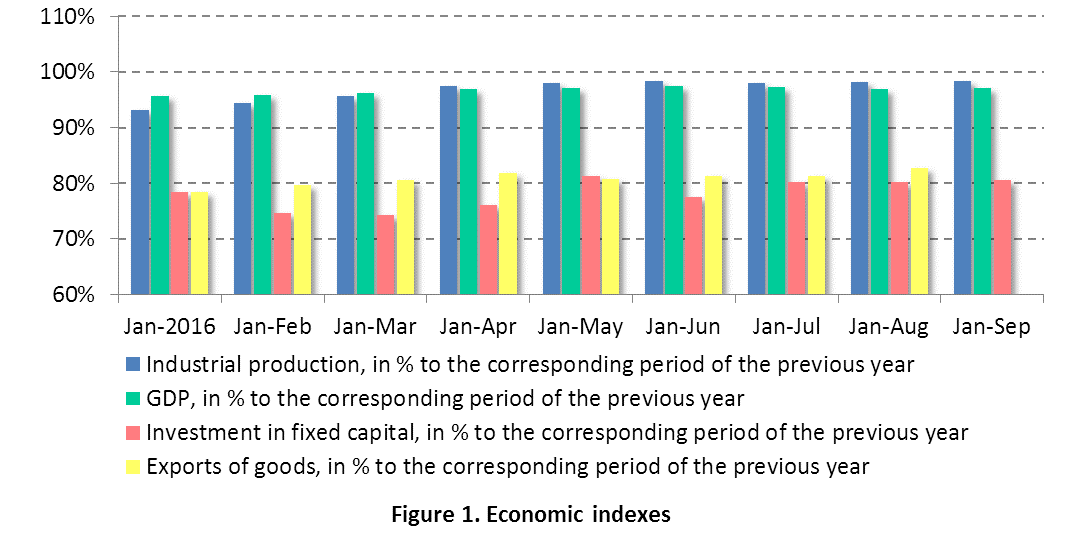 However, household consumption, which accounts for approximately half of Belarus's GDP, is still failing to contribute to growth, unlike in previous years. For example, in September retail turnover (as a proxy for household consumption) dropped by 4.4 per cent year-on-year.

Thus, Belarusians continue to reduce their spending, expecting the economic recession to take a further toll on their financial resources. An important reason for this relates to the government's aim to link the growth of real wages with productivity improvements.

As a result, due to the weakening economy and a deteriorating external environment, in September real wages dropped by 2.4 per cent, coming to only $377. Moreover, according to Belstat the real disposable income of Belarusians in January-August decreased by 7.1 per cent year-on-year.

Another major component of GDP – capital investments – has also exhibited downward dynamics. After some recovery in the second quarter of the year, capital investment has become much weaker in recent months. In January-September it dropped by 19.5 per cent year-on-year.

Net exports, on the other hand, have stopped deteriorating. By the end of August, the trade deficit from the first half of the year had reverted to a trade surplus.

Meanwhile, according to IMF reports published on 21 September 2016, there are two important new threats to the Belarusian economy. The first threat is the high level of bad assets in the banking sector (see Figure 2), resulting from the common practise of prolonging loans and changing their agreement conditions (mainly in order to restructure them). 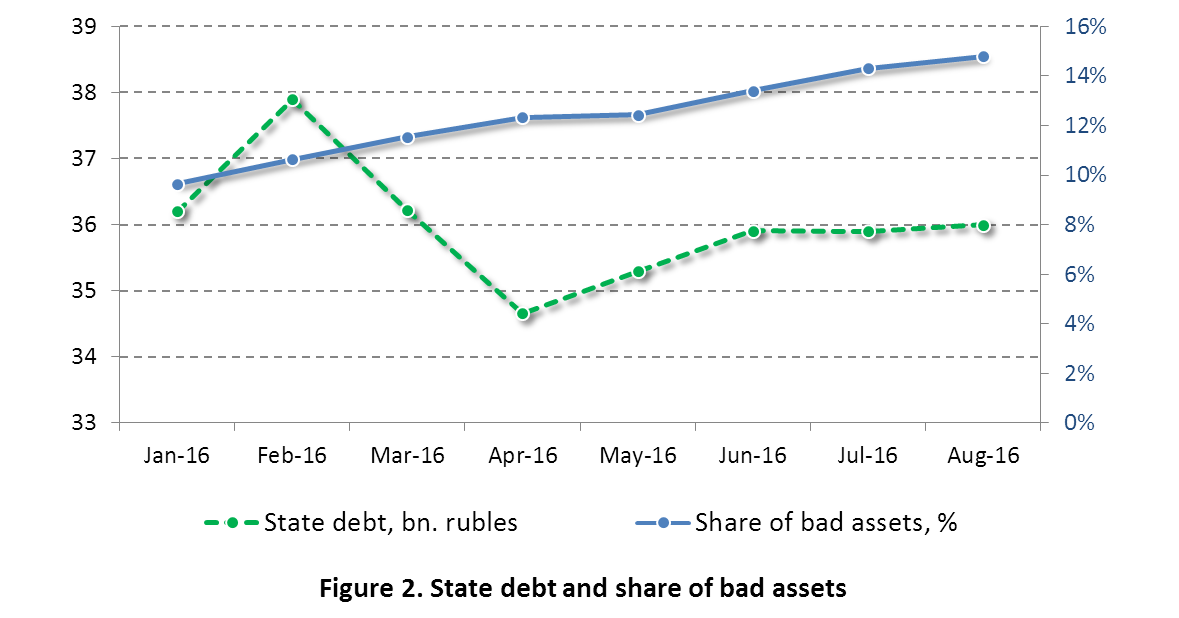 Moreover, IMF experts have stated that the accumulated nonpayment risks in the banking sector are rapidly approaching the "red zone", which could trigger a new wave of financial instability. In order to prevent such a situation, the banking sector urgently needs to take new stabilising measures. This could mean the creation of a special body with powers to privatise debtors to address the issue of bad loans.

The second threat has to do with the sustainability of state debt, which according to IMF estimates will continue to worsen. Moreover, the state debt consists mainly of loans denominated in foreign currency. Thus, in coming years the debt's servicing and repayment to creditors will become one of the largest problems for the state budget due to the loans' sensitivity to shock from the exchange rate.

The only way for the government to alleviate budget pressure in the current economic climate is by repaying old debts with new ones. However, as a result this money will not actually boost the Belarusian economy but merely increase the state debt even more.

The right decision would be to introduce structural and institutional reforms. This sort of twin strategy could stimulate productivity growth and establish a basis for sustainable long-term economic growth.

On 10 October 2016 it appeared that Belarus and Russia had almost resolved the oil and gas conflict. However, it seems that Belarus overpaid for this deal. In order to continue to receive duty-free oil, Russia may insist on "freezing" the transport routes of Belarusian petroleum products through nearby Baltic ports in favour of Russian carriage bays.

In order to displace the Baltic States (Latvia and Lithuania) the JSC "Russian Railways" (the main operator of railways in Russia) is offering an unprecedented 25 per cent discount on the transportation of Belarusian petroleum products to Russian ports.

The discount will be valid until 31 December 2018 and makes the Russian Railway's tariffs for Belarus comparable with the transportation tariffs at the Latvian port of Ventspils or the Lithuanian port of Klaipeda. However, as is usually the case when it comes to relations with Russia, such an extraordinary discount comes with substantial pitfalls.

In order to force Belarus's hand, Moscow is attempting to include commitments to export certain predetermined volumes of petroleum products via Russian ports into an intergovernmental agreement. The agreement regulates the duty-free supply of Russian oil for processing at Belarusian oil refineries.

However, such a set-up does not provide much economic incentive to Belarus. The Lithuanian port of Klaipeda and the Latvian port of Ventspils operate most of the transportation of Belarusian goods by sea and offer better conditions.

First of all, the Baltic ports are much closer to Belarus. For example, the distance between Mozyr (the second largest refinery centre in Belarus) and Klaipeda amounts to 783 km, while the distance between Mozyr and St. Petersburg comes to 1031 km. Secondly, Lithuanian and Latvian railways offer better services. Thirdly, such a re-orientation would involve additional logistical expenses.

Unfortunately, Russia is still playing a hard geopolitical game, and it will be difficult for Belarus not to get entangled in its eastern neighbour's ambitions. Therefore, the only remaining question is what toll these impending economic decisions will take on the Belarusian economy.

Belarus struggles to control its borders 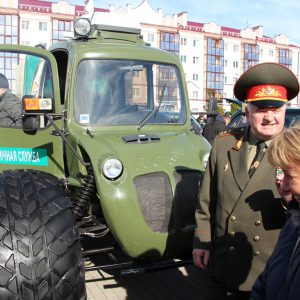 On 13 October Belarusian border guards received EU-funded special equipment worth €2.5m. This will help Minsk control the Ukrainian border. There is an element of irony in this: although it works to remove borders within the EU, Brussels is helping to construct them in the rest of Europe.

If Belarus succeeds in sealing off its border with Ukraine, its Russian border will be the only one to remain open. However, despite decades of integration, the status of this border is precarious. In mid-September, the Kremlin closed its border with Belarus for third-nation nationals without any prior notice – thus ruining Minsk's plans of becoming a transit country.

Belarus still has serious problems with the development of adequate border control agencies, as their dependence on foreign aid, as well as allegations of corruption, reveal.

Why is the EU giving millions to Minsk?

In order to provide the Belarusian border patrol with what it need to control its border, the EU is funding a project called “Strengthening surveillance and bilateral coordination capacity along the common border between Belarus and Ukraine” (SURCAP), implemented by of the International Organisation for Migration.

The EU launched SURCAP in 2012 after a period of disruption in relations with Belarus following the 2010 presidential election in the country. In November 2012, Lukashenka even hinted that without such EU assistance, Minsk would no longer be able to control illegal migration to the EU.

Was averting such a threat the reason Brussels initiated the SURCAP project? This is unlikely. By the time the Belarusian president had articulated this threat, SURCAP was already a done deal. Moreover, such declarations have never been particularly alarming, given the fact that illegal migration from Belarus to the EU has always been relatively insignificant.

Brussels probably intended to help Ukraine establish control over its borders and thus move it further towards eligibility for EU membership. The Belarus-Ukrainian border has for years been an issue which Minsk links to Ukraine's need to settle its debts with Belarus. 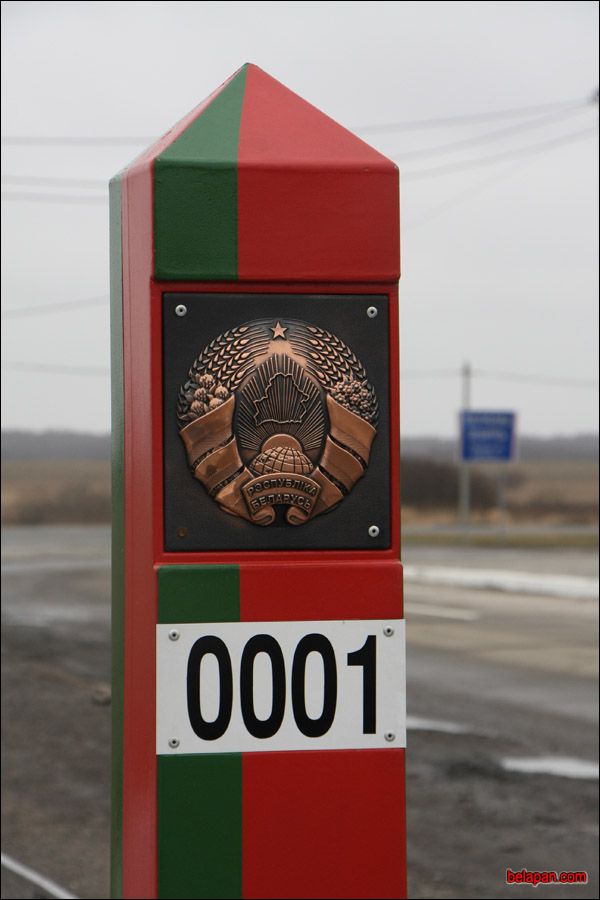 For the first phase of the project the EU allocated €1.3m to Belarus in 2012-2014. In the second phase (2014-2016) funding doubled to €2.68m. Thanks to these funds, Belarusian border guards received SUVs, swamp buggies, speed boats and motor boats, quadracycles, motorcycles, and other equipment. This collaboration proves that the interests of Brussels and Minsk coincide in this area and that the Belarusian government is not averse to working with the West on issues of national security.

The empire strikes back

Although problems with the Ukrainian border are being solved, Minsk is unexpectedly encountering problems from the east. At some point in mid-September, Russia – without any prior announcement – closed its 1,230-km long border with Belarus for all third-country nationals.

They can now cross the Belarus-Russian border in just one place: the southernmost part of Belarus where the borders of Belarus, Russia, and Ukraine intersect. This came as an unpleasant surprise for Belarus as many foreigners are accustomed to entering Russia via Belarus.

For many years, persons banned by Russia from entering its territory could circumvent this by first coming to Belarus and then heading to Russia. Minsk and Moscow also failed to coordinate their visa policies, and kept their own lists of unwanted persons and citizens not allowed to go abroad.

As a result, for many years citizens of Belarus and Russia, as well as of third countries, used the Belarus-Russian border to enter or escape the two countries. The Kremlin put up with this despite the fact that Russia's borders have become increasingly closed since the mid-2000s.

So why did Moscow decide to close the border with Belarus now? There are good reasons to believe that this was a reprimand for Minsk. In July, Reuters reported a roughly 40 per cent decrease in Russia's oil supplies to Belarus as a punishment for Minsk's overly friendly gestures toward the West: the Kremlin has many other tools to put pressure on Minsk.

Another detail seems to prove that this is the real reason for the border closure rather than, for example, a response to the smuggling of sanctioned goods to Russia via Belarus. Russia continues to let cargo trucks cross the border unimpeded; only the movement of individuals is controlled. 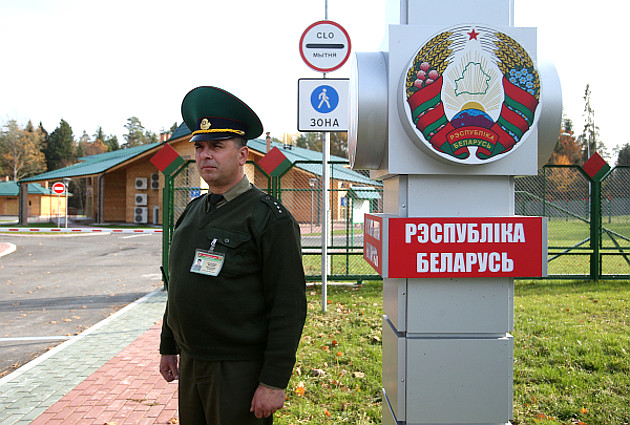 The Belarusian border control system struggles with a number of internal problems as well. On 26 July, President Lukashenka publicly expressed his dissatisfaction with the work of the State Border Committee. He emphasised that it was already the third time in 2016 that he had addressed the activities of border control agencies saying that they cause “not worry but deep unhappiness.”

Although he did not elaborate further, corruption and large-scale smuggling might be what Lukashenka had in mind. There are more and more examples of this. Thus, on 21 October Polish customs officials discovered 356,000 packets of cigarettes smuggled from Belarus in a cargo train. If sold at market price in the EU, they would cost $1.2m. In Belarus that quantity could cost as little as $72,000.

This is not the first time Polish authorities have apprehended this sort of illegal cargo; the problem has existed since the early 2010s. For instance, in July Polish authorities in Terespol confiscated two loads of cigarettes smuggled from Belarus ​in cargo trains with a total market value of more than $1.2m. Evidently, somebody is reaping huge profits. More conspicuously, it is impossible to smuggle such large quantities of cigarettes in this way without the collusion of border control officials.

Such problems present a paradox. The social prestige of border control agencies is high: even Lukashenka's sons have served on the border.​

In material terms, Belarusian border control agencies belong to the most prestigious and developed government agencies in the country. Unlike other security agencies, they regularly receive up-to-date equipment. This comes not only in the form of foreign technical aid: in the late 2000s, the Belarusian government even purchased four French helicopters Ecureuil АS 355 NP for border guards. This was an unprecedented deal, as Minsk usually procures sophisticated hardware for its security agencies only from Russia.

Nevertheless, the Belarusian government struggles to maintain control over its hundreds of kilometres of borders. Over the past two decades it had to start patrolling borders which had not previously existed – with the exception of the Belarus-Polish border inherited from Soviet times.

In addition, Minsk has made efforts to avoid the harsh border control measures of Soviet times, when 30-km border zones, a highly militarised system, the subordination of border guards to the KGB, etc. were the norm. The Belarusian government has succeeded in overcoming many of these residues of the past. Constructing a more efficient system takes time as well as trial and error.