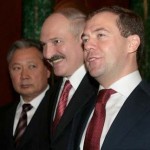 The world has recently witnessed the overthrown Kyrgyz president Kurmanbek Bakiyev descend from the ominous volcanic clouds in Mink, ending the rumors over his whereabouts and further damaging Belarus’ international image. Ousted in...

The world has recently witnessed the overthrown Kyrgyz president Kurmanbek Bakiyev descend from the ominous volcanic clouds in Mink, ending the rumors over his whereabouts and further damaging Belarus’ international image. Ousted in an April 7 uprising, Bakiev first fled to Kazakhstan and on April 19 was safely delivered to the Belarusian capital by Alyaksandr Lukashenka's personal security services. While Bakiev’s flight to Belarus was hardly the bold stunt Lukashenka described, Kyrgyz president indeed had good reasons be fleeing as in his home country. In Kyrgyzstan, he faces trial for allegedly ordering police to open fire on protesters and causing 85 deaths.

It is more difficult to see any good reasons why Minsk will may have had for sheltering Bakiev. This may further alienate it both from Russia and the West. On the one hand, alternating clashes with Russia and with the West against each other could one day turn out to a smart move on Lukashenka’s part. After all, Belarus was able to get cheap gas and oil from Russia, enjoyed generous IMF loans as well as some money from Moscow, and was invited it to join the Eastern Partnership.

On the other hand, from the usual “annoying either/or” Minsk’s game is turning into “annoying both,” as both the West and Russia are no longer on Bakiev’s side. And the consequence of annoying both is further increasing Belarus’ isolation and risking to one day wind up between Scylla and Charybdis. So why is Minsk sheltering the Kyrgyz leader? Perhaps because Lukashenka and his “dearest guest” have a lot in common. To start with, both have been playing the West and Russia against each other to achieve their foreign policy goals. Just last year, Bakiev has skillfully manipulated the issue of the US military base in Manas.

Of course, there is much more the two leaders share. Like Lukashenka 11 years earlier, Bakiev came to power promising to wipe out corruption and improve the economy. Initially elected democratically, Bakiev and Lukashenka have grown authoritarian with time starting to crack down on the media, suppress the opposition, and rig elections. Both presidents used referendum results to amend the constitutions of their countries gaining more power as a result. Having retracted his letter of resignation, Bakiev insists that he is a legitimate president of Kyrgyzstan just as Lukashenka has for the past decade insisted that he is a legitimate president of Belarus despite the discontent of some.

But if “legitimate president” is the one approved generally by those who are subject to his authorities, then Bakiev clearly does not qualify. He has failed to acquire legitimacy by being fairly elected, or by operating under democratic principles, or at least by fostering high living standards and ensuring economic growth. Kazakh Foreign Minister Kanat Saudabaev, who currently chairs the Organization for Security and Cooperation in Europe. He had hinted that Bakiev’s departure from Kyrgyzstan would help ease tension. Busy earning international acceptance, Kazakh president is now smiling from many Washington D.C. billboards as the champion of the nuclear weapon-free world.

Nursultan Nazarbayev would not want to tarnish his reputation by hosting someone who may one day searched for by the Interpol (which may be Bakiev's fate, as Kyrgyzstan's interim leader Roza Otumbayeva had warned). Minsk could clearly care less about tensions as those do not exist in Belarus. However, tensions with the outside world cannot be ignored and Belarus is already experiencing enough international isolation.

RFE/RL: Bakiyev is Safe in Belarus and ‘still president’ 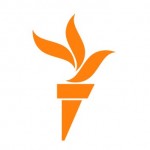 The ousted leader of Kyrgyzstan said Wednesday from exile in Belarus that he is still president of his Central Asian country. Kurmanbek Bakiyev was deposed in an April 7 uprising that left 85 people dead in the Kyrgyz capital. He fled last week to neighboring Kazakhstan and arrived in the Belarusian capital earlier this week.

Bakiev Insists He's Still Kyrgyzstan's President By RFE/RL April 22, 2010 In his first public comments from exile, Kyrgyzstan's ousted leader said he remains the legitimate president of the country and called on the international community not to recognize the interim government in Bishkek. Speaking in the Belarusian capital, Minsk, Bakiev said he was retracting a handwritten letter of resignation brandished by the authorities who forced him from power. "I do not recognize my resignation," Bakiev said, pledging to "explain later" before going on to say: "Nine months ago, the people of Kyrgyzstan elected me their president and I swore to serve them. There is no power that can stop me from fulfilling my oath. Only death can stop me."

Bakiev described the interim authorities as a "gang" that "loots and kills." Bakiev also said he was "ready to bear legal responsibility," but it was unclear if he meant he would answer for the violence in Bishkek, as the interim leaders are urging. A Wanted Man Bakiev was deposed in an April 7 uprising that left 85 people dead in Kyrgyzstan's capital, Bishkek, and brought a new interim government to power. Bakiev later fled to neighboring Kazakhstan and arrived in Belarus earlier this week under what Belarusian President Alyaksandr Lukashenka called the protection "of our state, and personally of the president." Lukashenka said Belarus had acted according to its responsibilities under the Collective Security Treaty Organization, a regional grouping that includes Belarus and Kyrgyzstan, and called on other members to meet to discuss the situation. But the head of the interim government, Roza Otunbaeva, late on April 20 condemned Belarus's decision to provide refuge to Bakiev, saying: "This criminal must be handed over back to our country. If that does not happen, there is Interpol." In an interview with RFE/RL's Kyrgyz Service today, Otunbaeva encouraged Bakiev to return to Kyrgyzstan. "If he is so strong, let him come to Kyrgyzstan. Let him fly back. And here, parents, brothers, and relatives of those who were killed [in the clashes], and all the Kyrgyz people will be waiting for him.

Then we cannot take any responsibility for what kind of a trial and what kind of a punishment would be expected for him," Otunbaeva said. The Kyrgyz interim government's chief of staff said Bakiev, who is accused along with relatives over their roles in the shooting of demonstrators on April 7, could return to Kyrgyzstan only to face trial. Edil Baisalov called on the people of Belarus today not to let Bakiev use their country to "destabilize the situation in Kyrgyzstan." During a visit to Bishkek on April 20, Kazakh Foreign Minister Kanat Saudabaev, who currently chairs the Organization for Security and Cooperation in Europe, said Bakiev's departure from Kyrgyzstan would help ease tension in the country.

"Mr. Bakiev's departure from the country has now been secured, which has allowed to end a certain state of diarchy in the country, decreased tension, and provided the provisional government with conditions to begin the implementation its declared program," Saudabaev said. More Scuffles Continuing unrest in southern Kyrgyzstan is meanwhile highlighting the challenges facing interim authorities. At the southern city of Jalal-Abad's central square today, scuffles broke out between hundreds of supporters of the ousted president and people backing the interim government. The authorities said they had arrested a number of Bakiev allies. RFE/RL's Kyrgyz Service reports that the crowds dispersed and tension appeared to have eased after security forces shot into the air and the regional governor addressed the gatherings. Bektur Asanov, who has been appointed by the provisional government, called on all citizens of Kyrgyzstan to keep order and cooperate. He also said his administration had allowed pro-Bakiev activists to hold gatherings until today to "show its respect to what Bakiev did for the country before April 7." But after today, he warned, no rally in Bakiev's support will be allowed. 'Deadly Force'

The warning came two days after Bakiev supporters forcibly entered the building of the regional administration in Jalal-Abad and appointed a rival governor, Paizullabek Rakhmanov. However, Asanov told RFE/RL today that most of the government agencies in the city have started to function "normally." "Right now we are taking adequate measures. More than 500 voluntary policemen will be located here [at the main square], they will be provided with shelter and food here," Asanov said. "On the other hand, today, all policemen in the Jalal-Abad region and the town are operating at full force. All government structures, especially law enforcement forces, started working normally. I would say there is no danger in the region." Late on April 20, interim leader Otunbaeva warned looters and armed assailants that police would use "deadly force" against them. She urged the people of Kyrgyzstan to "keep calm, suppress provocations, fight back against ringleaders and the forces who seek to destroy public peace and interethnic harmony."

That message followed unrest on the edges of Bishkek on April 20 that left five people dead and prompted Russia — which has a small military base in northern Kyrgyzstan — to order the Russian military to protect ethnic Russians in the country. At a press conference on April 20, Russian President Dmitry Medvedev said Kyrgyzstan faced anarchy and warned of regional consequences. Russian agencies quoted an unnamed Foreign Ministry official as saying Moscow no longer considers Bakiev president. Both the United States and Russia are talking with the interim government and have offered assistance. Other Developments In other developments, Kyrgyz media reported today that the interim government has introduced new, lower utility prices, effective from April 1.

An increase in utility prices introduced by former Prime Minister Daniyar Usenov in January had sparked protest demonstrations in the country. The press office of Kyrgyzstan's prosecutor-general announced today that some $7 million was confiscated from business associates of Maksim Bakiev, the former president's son. It said the money was confiscated from deposit boxes in a Bishkek bank at the order of the city prosecutor's office. A criminal case against Maksim Bakiev was opened earlier by interim officials. The country's interim government also announced today the date of a nationwide referendum on the constitution, as well as for parliamentary elections. Omurbek Tekebaev, the deputy chief of the interim government, said on state television that the referendum is scheduled for June 27. The parliamentary polls are to be held October 10. Tekebaev also announced that human rights activist Toleikan Ismailova has been appointed to chair the Central Election Commission. He said a new commission will be selected by Kyrgyz nongovernmental organizations, interim government authorities, and United Nations officials. Based on reports from RFE/RL's Belarus and Kyrgyz services, with additional wire reports.