The news on a legal move by the Belarusian parliament to allow privatization of most profit-making public property objects – the Belaruskali Company and strategically important oil pipelines – generated little publicity. However, it is these assets that make... 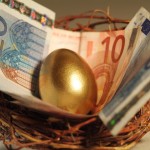 The news on a legal move by the Belarusian parliament to allow privatization of most profit-making public property objects – the Belaruskali Company and strategically important oil pipelines – generated little publicity. However, it is these assets that make up a major part of the Belarusian economy: the enterprise Belaruskali makes Belarus isthe world’s third largest producer of potash mineral fertilizers, and the pipelines give Belarusian government a certain leverage in its relations with Russia and Europe. In addition, both Belaruskali and the pipelines a major source of foreign currency for Belarus, which badly needs foreign capital.

As always, the rationale for the Parliament’s decision was not announced widely and openly, as should happen when the companies of such strategic importance are involved. The Interfax news agency informed that the pipelines and Belaruskali will be excluded form the list of obligatory state property objects and that the latter will be transformed into a joint stock company. The decision has been taken by the Parliament that lacks independence due to the nature of the Belarusian political system and usually just rubber-stamps the bills upon the executive’s request.

Will the Belaruskali and the pipelines be sold to the insiders and the cronies of the Belarusian regime or to other interested clients? There are good reasons to suspect that Alyaksandr Lukashenka’s government is going to handle these trading matters secretly, as had happened in the so-called ‘Oman deal’ when a huge plot in historical area of Minsk has recently been sold – at unexpectedly low cost and under favorable conditions – to someone from the Middle East.

Many Western experts view privatization as a major step in the post-Communist transition process. They blame the failure to privatize for the consolidation of the current Belarusian regime. The Russian experience of the 1990s, however, suggests that privatization without strong legal basis, robust law enforcement agencies and transparent property administration system may have catastrophic consequences. In Russia, it enede with the destruction of the national economy and the enrichment of a few unscrupulous “businessmen” of criminal nature who had connections to the Russian government.

Today’s Belarus lacks the basic legal and law enforcement preconditions for privatization. It seems that, not unlike their Russian colleagues two decades earlier, Belarus’ ruling elite is reaching consensus on the ownership issues behind the closed doors to hedge against an emergency departure from power. Because even the most durable non-democratic regimes one day expire, it makes perfect sense for the incumbent elite to worry about the future: to buy some state-owned objects for themselves, to sell them and divert some money to black accounts, or – last but not least – to prolong the regime’s lifetime and trade some public property for loyalty of economic, administrative and local elites.

Such privatization will definitely cause only fatal economic and social degradation of the country. Nevertheless, the prospects of losing the national potash company and the pipelines hardly seems to cause any public concern in Belarus. Even during the presidential election campaign, the Belarusian opposition is so preoccupied with its internecine calamities that it pays no attention to the news about the imminent privatization of the key Belarusian companies.

Such behavior proves the conceptual and expert weakness of the Belarusian democratic opposition, which does not seem to have enough able professionals to run the country after the long period of political marginalization. Undoubtedly, any government due to come after Lukashenka will have no opportunity to reconsider dubious privatization deals or misused credits. It will have to pay for it by working under the constraints of the sold-out and degraded national economy.

U.S. President Barack Obama extended for another year sanctions imposed against certain Belarusian high-ranking officials on June 16, 2006. “The actions and policies of certain members of the Government of Belarus and other persons continue to pose an unusual and extraordinary threat to the national security and foreign policy of the United States. Accordingly, the national emergency declared on June 16, 2006, and the measures adopted on that date to deal with that emergency, must continue in effect beyond June 16, 2010.

Therefore, in accordance with […] the National Emergencies Act […] I am continuing for 1 year the national emergency,” says the Notice* from Barack Obama to the U.S. Congress released on June 8. According to the U.S. president, despite the release of internationally recognized political prisoners in 2008 and the U.S.’s continuing efforts to press for democratic reforms in Belarus, serious challenges remain.

According to RFE/RL's Belarus Service*, Belarus has called continued U.S. sanctions against it "pointless" and "confrontational." Foreign Ministry spokesman Andrey Savinnykh said the extension signaled the United States’ lack of political readiness to normalize relations with Belarus. "The abolition of all types of sanctions is a fundamental precondition for the renewal of dialogue," Savinnykh said. But David Kramer, a former U.S. State Department official, said any improvement in ties was in Minsk's hands. Kramer served during the George W. Bush administration as Deputy Assistant Secretary of State, responsible for a region that included Belarus.

"Belarus and the Lukashenka regime know what they need to do if they want to improve relations with the United States and with the West," Kramer told RFE/RL. "And that is to stop cracking down on people's rights [and] liberalize their society. But I fear the situation is only going to get worse as Belarus approaches a presidential election [in 2011]."