Belarus Running Out of Medical Supplies

Over the last months problems with the supply of medicine have reached an alarming state in Belarus. While Belarus is able on its own to produce basic medical supplies, to a large extent it relies on imports. In addition,... 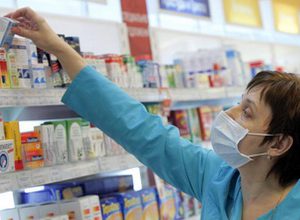 Over the last months problems with the supply of medicine have reached an alarming state in Belarus. While Belarus is able on its own to produce basic medical supplies, to a large extent it relies on imports. In addition, raw materials for domestic production also need to be imported.  These imports became very difficult to acquire because of currency exchange rate manipulations by Belarusian authorities. The number of items available in pharmacies has dramatically decreased and the problem reached a critical level in recent days.

Despite all the declarations given by the country's president that healthcare is a strategic priority, the results of this policy show just the opposite. Over the last six months many importers have been unable to buy medical products abroad due to the lack of foreign currency. The situation changed when the authorities issued a list of medical products for which it was possible to buy foreign currency at the favorable official exchange rate of the National Bank.

The move helped to keep prices of medicine stable but expensive for retired people who have to live on their melting pensions. The system worked until about 10 days ago when suddenly the flow of foreign currency for medical purposes stopped. The impact on the market was disastrous.

The market for pharmaceuticals is drying out, leaving less and less items in Belarusian pharmacies. On the dental supplies market, importers usually act as retailers at the same time. The currency exchange problems had the same effect here. Over the last ten days it has been nearly impossible to buy any dental materials in Belarus since all companies have stopped their operations. Some dental clinics already refuse to accept patients due to the lack of supplies.

On 26 August the government established a commission consisting of 14 people from different state institutions, dominated by nine people from the Ministry of Health. The commission's task is to make decisions on the allocation of foreign currency – what companies should get hard currency, and for what purpose. There is no legal regulation of this commission, yet and there will be further delays until it is functional. In the meantime, clinics and patients are left without the necessary medical supplies.

The only organization which may have reliable information about the market is RUP ”Belmedtechnika” – a state owned trade and distribution company in charge of medical supplies. But most managers of this organization were dismissed not long ago because of corruption.  Some senior managers have been arrested. The new management knows little about the market and how it works and it will take a while before they can catch up. It can be anticipated that ”good personal contacts” to members of this body will help firms to get approval for import from them. Bribing and corruption is likely to flourish again as was as in the past with ”Belmedtechnika”.

Health care in Belarus is in a desparate situation now, but was bad even before the crisis. According to the World Health Organization, male life expectancy in Belarus is 64 years. Compare this with 71 years in the neighboring Poland or 78 years in France. It is very common in Belarus to give small bribes to medical personnel in exchange for better treatment, a hospital bed or a badly needed surgery. It is difficult to blame doctors for this because their salaries are very low. Many doctors and medical professionals have already left the country and now work mainly in Russia. There the salary for the same job can be almost ten times higher.

As a result of failed economic policies, support of cheap alcohol and cigarettes, and poor management of the health care system, Belarusians live shorter and less healthy lives. It is impossible to buy cement and some other basic goods in Belarus right now. But this is still a minor problem compared to the situation when a person with a chronic illness cannot buy a lifesaving medicine. 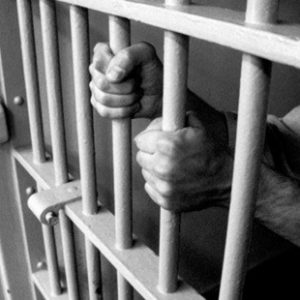 This week the Belarusian leader vowed to release all political prisoners by the beginning of October. The situation in the country is unlikely to change this time around. However, one day Alyaksandr Lukashenka may realize that by putting people in jail he is strengthening the country’s democratic potential and educating his potential successors.  Even if they fail to repeat Nelson Mandela’s epic transition “from prisoner to President”, Belarus’ political prisoners are gaining useful political skills behind bars.

At some point Lukashenka felt confident enough to deny the existence of political prisoners in Belarus and claimed there were no political articles in the Belarusian Criminal Code. At another stage he called regular criminals as honest and respectable people in contrast to those who were jailed for political crimes. He even once suggested to send off all of the political prisoners to the European Union. That scenario would probably suit him best as he would be left with a docile population and a decreased amount of Western criticism.
His approach to the problem varies with Belarus’ economic health and with the width of the presidential wallet. In 2007, two months after the US froze the assets of Belneftekhim (the state-run enterprise in which Lukashenka himself owns a stake), the Belarusian government approached the U.S. Embassy in Minsk and offered to release all political prisoners in return for the lifting of sanctions and then hurried to fulfill its promise. Now Lukashenka needs Western support because his country is undergoing a deep economic crisis. The situation is so dire, that the leader promised to even invite the released opposition activists to a negotiating table.
The number of political prisoners boomed after December 2010 presidential election.  Then around 700 people were arrested, including seven of the nine presidential candidates. Many of these people were not affiliated with any political movement and had no strong political beliefs. Now they certainly do.
Since then, the political violence in Belarus has acquired a character of lawlessness. Anyone can be accused of breaking one of the growing number of laws designed to stifle dissent and control the people. One need not shout or carry slogans; the arrest need not be conducted by the police. When the plain-clothed thugs are attacking someone in the street, there is a high chance they are not after the money.
As the regime breaks its own rules, the Belarusians who had not the slightest idea about politics are becoming political prisoners alongside their politically active countrymen. The former are unwittingly learning to appreciate democratic values. The latter are gaining additional political credibility and becoming known to a greater number of people in Belarus and abroad. All will remain to some extent "political", and some may lead the democratic transition or the democratic country in the future.
A record of political persecution will serve to strengthen democratic credentials of the future political leaders. These people need not come from the ranks of the Belarusian National Rada (BNR) in exile, an institution increasingly distant from the actual concerns of Belarusians, or from the ranks of the bickering Belarusian opposition (who, to be fair, have also suffered their share of jail time).
One also hopes that the furure political leaders will not emigrate like the political elite in the 1990s or rush to secure their fortunes in the West like many the students of the European Humanities University have done.  The shared prison experiences will make the people arrested after December 2010 stick together.
Those who have visited a Belarusian jail have learned to survive. Unlike the people around them, who are still clinging to their jobs and are avoiding political conversations, they are no longer afraid and know all that can happen. The spotlight on their names by the Western news sources will ensure that many of them will apply their new skills to promoting democracy outside prison.
Four Belarusian activists were freed on Thursday. The regime’s spokesman said they had “recognized their guilt and the unlawful character of their actions” in December 2010. In reality, these people vowed to continue their work.
https://belarusdigest.com/?p=1