Belarus Should Learn Lessons from Libya

As Muammar Gadaffi deploys aviation and artillery to protect his rule from Lybian citizens, Alexander Lukashenka vowed to use Belarus army to protect his political regime. Although not everything said by Mr Lukashenka should be taken seriously, this statement... 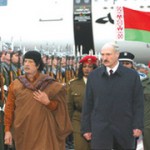 As Muammar Gadaffi deploys aviation and artillery to protect his rule from Lybian citizens, Alexander Lukashenka vowed to use Belarus army to protect his political regime. Although not everything said by Mr Lukashenka should be taken seriously, this statement should not be left unnoticed by the international community.

It requires immediate response and condemnation, particularly in the light of the UN’s allegations that Belarus recently defied an arms embargo by delivering attack helicopters to the president of Ivory Coast who is clinging to the presidency despite losing an election.

Last Saturday, the United Nations Security Council adopted a resolution on Libya holding that the use of army against civilian protesters may amount to crimes against humanity. The Security Council urged to refer the situation in Libya to the Prosecutor of the International Criminal Court. However, the resolution was short of any concrete measures, such as a a no-fly zone, which could stop violence in Libya.

There are certain lessons which both supporters of Belarus democracy and Belarus authorities should from Libya. Muammar Gadaffi and his family blamed foreign forces and foreign media such as AlJazeera for the popular uprising in Libya. Belarus authorities also blamed Poland and Germany as well as foreign media for organizing protests against the rigged presidential elections. Both Libyan and Belarusian regimes are trying to deal with the powerful role of media in political transition.

Over the first few days of the uprising in Lybia it was nearly impossible to understand what was going on inside the country. Independent journalists were for many years prevented from working in Libya and the use of Internet was severely restricted. Similarly, the analysis of human rights violations in Belarus shows that over the last years Belarus authorities has been putting most of their repressive efforts on journalists (political activists and Protestant Christian communities come second and third). Belarus authorities promised even more restrictions after the December presidential elections.

This suggests that helping media should be a priority for those who want to support democracy in Belarus. Poland-based Belsat which broadcasts in Belarusian is the first important step in this direction. It is unfortunate, however, that after three years of its existence it is still not possible to watch Belsat live on Internet. It appears that because of limited popularly of satellite dishes in Belarus, improving internet broadcasting should be a priority.

Last week Christian Science Monitor suggested that Mr Gadaffi should go to Belarus, which is becoming a safe heaven place for all sorts of dictators. Indeed, after Kurmanbek Bakiev was toppled in Kyrgyzstan, he was given refuge in Belarus. It is alleged that arrangements were underway to give refuge in Belarus to Slobodan Miloshevich and the infamous sons of Saddam Hussein were given Belarusian passports.

Sending Mr Gadaffi to Belarus may sound like an attractive idea to an outsider. However, Belarusians has suffered enough even under their own ruler. Turning the country into a dumping ground for dictators will not do it any good. As the UN Security Council suggested, Mr Gadaffi should be tried for crimes against humanity, not given refuge in Belarus.

It is important that Belarus army and security services also learn the Libyan lessons. Using arms against civilian population makes the regime change irreversible. And those who cross this line will have no place to hide.

The Free Theatre as Belarus’ Most Successful PR Phenomenon 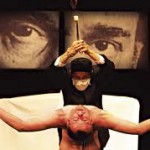 I can not call myself a theatre specialist or a lover of contemporary art. I do not know if I could appreciate the artistic value of the performances of the famous Belarusian Free Theatre. I shall admit that, like probably most of the readers, I have never been to a performance by the theatre, which I certainly plan to eventually fix.

Nevertheless, even a superficial acquaintance with the work of the theatre is enough to appreciate its political effect on raising awareness about Belarus problems. The political aspect seems to have been a key component of the theatre’s work almost from the beginning of its public existence.

Hardly anyone now has a bigger emotional power to attract international attention to the problems of freedom in Belarus than this semi-underground theatre group from Minsk. The fact that these people managed to get the attention of London’s theatrical community and how confident they are getting known in the US, deserves great respect. By becoming popular among the Western cultural elite, the theatre is promoting the public interests of Belarus and the Belarusian democracy.

The democratic movement of Belarus does not have a living prophet, a person-symbol like Aung San Suu Kyi, Andrei Sakharov or the Dalai Lama. The politicians Zianon Pazniak and Aliaksandr Kazulin had a chance to claim this role but the first one seems too much separated from the broad masses of Russian-speaking Belarusians. In addition, Kazulin’s morale was obviously broken by the harsh months in Lukashenka’s prison.

Even the Rada of the Belarusian Democratic Republic, with its unique historical status as the 90-years-old Belarusian government-in-exile, failed to become a true symbol of the Belarusian society. Still, as long as representative institutions in Belarus remain a fake, the Rada will have a great potential for it and will remain such a symbol for many Belarusians.

Without such personifications among politicians, the democratic Belarus is often personified by the Free Theatre. And the snowball thrown by the Free Theatre, after December 19, 2010 could become a big PR-avalanche, unpleasant for the ruling authoritarian regime.

Despite the obvious and deliberately popularised failures of the Belarusian political opposition, the Belarusian democratic society is able to generate successful initiatives and projects. The success story of Free Theatre is a lesson to learn for the rest of those who want changes in Belarus and work for this cause.

https://belarusdigest.com/?p=1
Alexander Čajčyc
Alexander Čajčyc is a PhD candidate at the Financial University under the Government of the Russian Federation in Moscow.
all articles »