The Belarusian government spent the whole year actively looking for money to sustain the collapsing socio-economic model. It was looked for everywhere: in the West and the East, in Europe, Asia and Latin America, at the IMF and EurAsEC.... 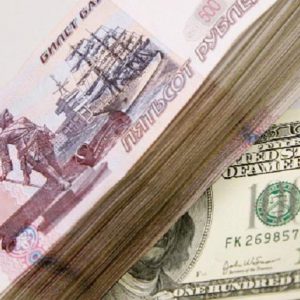 The Belarusian government spent the whole year actively looking for money to sustain the collapsing socio-economic model. It was looked for everywhere: in the West and the East, in Europe, Asia and Latin America, at the IMF and EurAsEC. And over the last several weeks finally Belarus managed to get a big chunk of foreign loans. The biggest ‘gift’ came from Russia as a reward for Minsk’s support of the new wave of post-Soviet integration.

Now that the hard currency reserves have become thicker the government can take it easier for some time. But how long can the strategy of surviving on foreign loans last? Already next year the Belarusian taxpayers will feel the burden of the debt.

The Year Of Money Quest

As soon as the first signs of the financial crisis became visible earlier this year the Belarusian government went back to its once successful way of muddling through an economic turmoil with the help of borrowed money. In 2009 the country received USD 3.6 billion as a stand-by credit from the IMF which to a large extent saved it from full-scale socio-economic repercussions of the plummeted demand for Belarusian goods on international markets. Belarusian rulers reasoned that instead of opening the Pandora’s box of economic reforms in 2011 it would be less risky to look for new external borrowings.

But this year the overall situation was not as favorable for the Belarusian government. After the crackdown on the protesters on 19 December 2010 and the wave of repressions against the political opposition and civil society Belarus found itself in a severe confrontation with the EU and USA. Discussions of the next IMF loan went nowhere because Belarus refused to fulfill the necessary political pre-conditions. Moreover, the unwillingness to adjust the macroeconomic policy to the recommendations by the IMF made a loan from that institution twice impossible.

At the same time the government was looking for money everywhere else. There were hopes for Venezuela, Iran, Azerbaijan and China. But what the ‘distant friends’ were able to offer were peanuts. In July Belaruskali got USD 300 million from Azerbaijan and the money was transferred to the national reserves. At the beginning of October a USD 400 million credit was promised by Iran but with no follow-up.

There were several announcements of credits from China (including USD 1 billion in November). But Chinese credits do not look very attractive as they have a condition attached – to be spent on Chinese goods. And for Belarus it means to further expand its trade deficit.

Another source of external money was through selling Eurobonds. And in January the country completed its borrowing of USD 800 million through this mechanism. But as the financial disturbances were growing bigger Belarus’s sovereign rating and the commercial banks’ ratings were downgraded.

The sovereign rating was downgraded from B2 in January to Caa1 today by Moody’s and from B+ in January to B- today by S&P. Both agencies keep Belarus’s credit on a negative watch, which increases the likelihood of further downgrades. As a result, Belarusian Eurobonds maturing in 2015 and 2018 were trading at 20% and 17% yield respectively in late September 2011 (being originally issued at 8.75% and 8.95%).

Following the Gazprom deal on 25 November, the yields on the Belarusian 2015’s and 2018’s Eurobonds have compressed to 13% and 12%, respectively. However, even such high yields make the Eurobond market hardly attractive for the country. Should Belarus decide to return to the market, it will need to pay a hefty new issue premium and find bookrunners capable and ready to place its bonds with institutional investors.

All but one bookrunner of the previous Belarusian Eurobonds refused to work with the sovereign due to human rights abuses in the country. Sberbank is the only bookrunner who has not dropped Belarus from its coverage list.

From Russia With Love

Last but not least, there was Russia, the regime's biggest creditor and donor. However, during the first half of 2011 no money came from the ‘Big Brother’. Only in July did the Belarusian government manage to negotiate a USD 3 billion loan from the Russia-controlled Anti-Crisis Fund of EurAsEC. The first tranche of the loan (USD 880 million) arrived in the summer. Another USD 440 million was scheduled for October-November. But because Belarus has not met all the agreed macroeconomic conditions the tranche is still pending.

However, there is little doubt that it will arrive after the ‘integration agreements’ reached on 18 and 25 November. Belarus (more precisely the state-owned company Belaruskali) got USD 1 billion as a syndicated credit from Sberbank and the Eurasian Development Bank. And, finally, it was announced that Russia would provide USD 10 billion for the construction of the Belarusian nuclear power plant in Astravets. However, the credit will be allocated in several tranches.

So what does the preliminary results of the ‘credit quest’ in 2011 look like in numbers?

As of 1 October 2011, the government debt was USD 11.88 billion. Provided that the second tranche of the EurAsEC credit arrives this year, the government debt will rise to almost USD 12.5 billion, which will represent 25% growth of the debt in 2011. That is an estimated 36% of the GDP which realistically will amount to around USD 35 billion this year. The gross national debt will exceed the GDP already in 2011. Given that in the Belarusian command economy there is little difference between the liabilities of the state and of state-owned banks and enterprises (about 80% of the economy), the risks are getting high. And new credits are on the way.

Thus, the external debt level is becoming a new Belarusian tragedy which can soon completely overshadow the other national concerns, i.e. current account and foreign trade deficits, and even inflation. Taking into consideration that the dominant slice of the debt is Russian, the Belarusian government’s ability to resume its geopolitical maneuvering will be significantly limited. 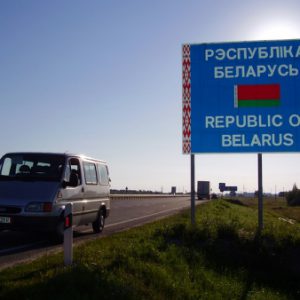 On December 1, Belarus and Latvia took a new step toward opening up their common border. They signed a local border traffic agreement allowing their residents to visit each other's border regions for up to 90 days every six months without visas.

One could argue the achievement is modest: the eligible regions span no more than 30-50 km and visitors cannot travel to other parts of the host country or work there. Belarus gains little when compared to the Eastern European states that joined the EU and now enjoy Brussels' regulatory and funding support.

However, the agreement with Latvia is significant in other ways. Given Belarus's difficult experience with Europe, it represents a small step towards establishing normal communication with neighboring countries. More importantly, Lukashenka's ambivalent attitude toward local border traffic agreements underlines their broader political significance.

Who Wants Belarus Out of Europe?

For the residents of Belarus border regions, the border traffic agreement allows reestablishing old commercial and family ties disrupted by the more recent creation of national borders. The frontier with Poland dates back to the late 1940s, while the Lithuanian and Latvian borders only came into existence in the 1990s.

Unfortunately, broader political interests often obscure the Eastern European natural borders. The severity of EU visa requirements implies Belarusians somehow pose a danger to the EU security or economic interests. Such measures only exacerbate tensions with the Lukashenka regime which benefits politically from the country's closure. At the same time, European attempts to use visa restrictions as a means to force internal liberalization only serve to increase Minsk's resolve.

The peculiar nature of this dispute was captured in a December 7 statement by Štefan Füle, the EU Commissioner for Enlargement and European Neighbourhood Policy. Mr Füle expressed his dissatisfaction that the Belarusian authorities have expressed no interest in the border issue. He said: “[W]e waited for  Belarusian authorities to respond to our request to conclude such agreements for many months now […] When such an agreement is concluded, there is no reason why we cannot move further towards a non-visa regime as our ultimate goal.” But Mr Füle's assumption – that Belarusian regime wants to remove visa barriers and open up the country – may be completely wrong.

On November 25, Lithuanian foreign minister Audronius Ažubalis said Lithuania could already have launched its local border traffic mechanism with Belarus in November if Minsk had not hampered the process. More frankly, Polish diplomats stated in November that Belarus had ignored ratification for more than 14 months. The Polish ambassador to Belarus even alleged that Lukashenka had signed the agreement in December 2010 yet Belarusian government was technically unprepared to implement it.

Polish Fears of the Belarusian Regime

There is some logic behind Minsk's divergent approaches to opening its borders with neighbors. The agreement with Latvia, first of all, is most amenable to the Lukashenka regime because Latvia has not exerted much diplomatic pressure on Minsk in recent years. Indeed, Latvia has even supported Belarus in some of its disputes with the EU. Moreover, the Belarusian area bordering Latvia is sparsely populated, so the actual effect of the agreement is insignificant.

Border traffic agreements with Lithuania and Poland, however, are a different story. In the former, approximately 800,000 Lithuanians and 600,000 Belarusians would be allowed to visit each other without visas. Some major cities on both sides of the border would be affected — Hrodna, Lida, Ashmiany and Pastavy in Belarus, and Vilna, Ignalina, Varana, and Druskininkai in Lithuania. Even more dramatic would be the effect on border traffic between Belarus and Poland, covering a larger swathe of Belarus, including the provincial centers Hrodna and Brest, and encompassing around two million people on both sides of the border.

But the Belarusian regime has its reasons for delaying the agreements with Vilnius and Warsaw. Relations with Poland are tense because of its resolute support for Lukashenka's opponents. Although relations with Lithuania are in much better shape, the country hosts numerous Belarusian opposition groups and events. Over the past decade, Vilnius has become for Lukashenka's opponents what Miami has always been for the opponents of Cuban dictators – a safe haven next door to the home country.

Second, Belarusian authorities maintain a Soviet era attitude to controlling borders. In the Soviet Union, entire regions along the borders were considered to be border security zones. They were strictly patrolled by KGB, and even Soviet citizens needed special documents to enter them. In early 2009, the Belarusian government finally reduced the size of border zones and abolished the special documents required for its own citizens to enter these areas. But old attitudes die hard.

Third, Lukashenka has always been suspicious of the 400,000-strong Polish ethnic minority in Belarus. For years, police and security agencies have led a coordinated struggle against the independent leadership of the Polish minority union. In this context, local border traffic could be suspected as a channel to strengthen potential opposition movements among ethnic Poles in Belarus.

Opening the European Union to Belarusians

The very best sanction against Lukashenka's regime would be a unilateral opening of the European Union to Belarusian citizens. This would be a positive policy not linked to any bargaining game with the Lukashenka regime. Visa-free travel would be much more effective than border traffic agreements, which ultimately are just half-baked measures.

Without this, Belarus will remain closed to the West – its rulers are not at all interested in establishing more links with the rest of Europe, which they consider a threat to their own survival. The absence of freedom of movement to the West carries adverse geopolitical consequences not only for Belarus, but for Europe as a whole.