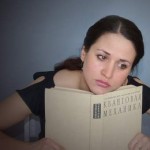 Belarus is the only European country which has not signed the Bologna Declaration on the European Space for Higher Education. It still relies on a largely unreformed Soviet model of higher education. The...

Belarus is the only European country which has not signed the Bologna Declaration on the European Space for Higher Education. It still relies on a largely unreformed Soviet model of higher education. The main goal of that model was not to encourage creativity and ability to adopt to non-standard situations but simply to accumulate knowledge.

Science and technical disciplines such as computer science is still in a relatively good shape in Belarus because of heavy Soviet investments in these areas. However, many former students emigrate to the West to do their PhDs and stay there because of better opportunities and living conditions.

The way in which humanitarian disciplines such as political science, management and economics are taught in Belarus is very unsatisfactory. Soviet traditions of teaching these disciplines does more harm than good. In addition, Belarusian universities are insulated from the broader European academic community.

There are very few foreign exchange students in the country except for some Chinese students. Belarusian students are effectively prohibited from traveling to other countries – they have to obtain special permissions each time they go abroad from the Ministry of Education. Those who are politically active and travel abroad without permissions can be expelled from their universities. Today Belarusian economy is heavily subsidized by Russia and afford to be inefficient. Belarus has a number of additional nontransparent sources of income such as trade in weapons and murky financial deals with dodgy regimes around the world.

The extent to which Belarus is behind other European countries will become evident when the country will lose its questionable sources of wealth and generous subsidies from Russia. Twenty years after reunification, Eastern German universities are still struggling despite enormous subsidies from Western Germany and the European Union. It will take Belarus decades to catch up with the rest of Europe when its economy and politics come out of the shadow. Read more on the topic – Belarus: The odd-one-out in Europe at University World News web-site.