Belarusian Vice Prime Minister: The Situation In the Country Is a Shame

On Thursday Nadzeya Yermakova, chair of the Belarusian National Bank, unexpectedly admitted that the government has almost no gold or foreign currency reserves. The National Bank only has USD 1.2 billion. The rest – 3/4 of... 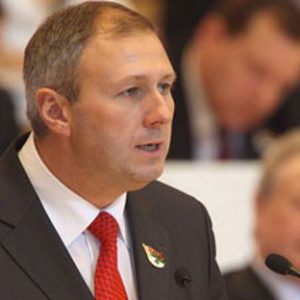 On Thursday Nadzeya Yermakova, chair of the Belarusian National Bank, unexpectedly admitted that the government has almost no gold or foreign currency reserves. The National Bank only has USD 1.2 billion. The rest – 3/4 of the reserves – was borrowed from Belarusian commercial banks.

Official media are silent about this news, although the statement was made publicly at a press briefing of the National Bank on 20 October. This information shocked even the non-state media. Officially Belarus' gold and foreign currency reserves on 1 October amounted to USD 4.7 billion.  The National Bank will also have to return the USD 3.5 billion borrowed from commercial banks in the so badly needed foreign currency.

The way that this money was dealt with also shows the adventurous nature of the government's economic policy over the last year. The National Bank took from commercial banks foreign currency at a rate under 0.5%, lending them in return rubles at 4%. It was more than strange business considering the nearly 300% real inflation of the Belarusian rouble.

Yermakova said the National Bank had yet to calculate its losses from such deals. If the National Bank is unable to return the borrowed money to the banks, some of them may default. According to independent weekly Nasha Niva, “these huge swap operations have been used to falsify statistics in order not to reveal in the pre-election year how rapidly the state reserves were diminishing. ” This way, Lukashenka avoided changes in economic policy and the ruble's devaluation, demonstrating the successes of his economic model.

Even according to official statistics Belarus has the lowest gold and foreign currency reserves in all of Eastern Europe, when calculated proportionally to national GDP. Yet the statistics evidently were not correct, and the actual situation was worse. Now it's clear why Belarus has such problems with paying even relatively small sums, like USD 200 million to Gazprom in July. And effectively the country is on the verge of bankruptcy.

For ordinary Belarusians, living conditions are worsening day by day. Goods are becoming more expensive and increases in salaries and wages lag far behind inflation. Problems are everywhere – at the same news conference Yermakova said that Belarus would probably suspend residential housing construction programs for several years. These programs were heavily subsidized by the government in the past but were stopped earlier this month.

Hopelessness embraced even the most senior regime officials. On Friday Deputy Prime Minister Siarhei Rumas made an unprecedented statement when he said that “the situation in the country is a shame”, and went on to harshly criticize the economic policy of the government.

Is There Anybody To Help?

The situation of economic collapse looks even more dramatic in the absence of prospects for external aid. The head of the IMF mission to Belarus Chris Jarvis on 17 October made it clear that this year the IMF was not going to support Belarus. They expect the Belarusian authorities demonstrate their solid intent to provide stability and undertake reforms and, more importantly, concrete action.

As Belarusian economist Dmitry Ivanovich said, the IMF position forced the government to urgently solve the problem of multiple currency exchange rates, and to look for other ways to court the IMF. Next year Belarus is entering the period when over several consecutive years it shall either return or refinance significant sums of foreign debt.

In 2012, Belarus will have to repay its debts to the IMF, Russia and Venezuela. It shall also make payments on eurobonds and short-term loans. According to the IMF, the total amount due to be paid on middle- and short-term debts next year is USD 1.8 billion. USD 200 million is needed for payments on bonds, while refinancing short-term debts will cost USD 4.9 billion. Moreover, the problem of negative current account saldo also persists.

Minsk has scarce resources for these payments and Moscow is not in a hurry to help. The credit line from Russian Sberbank has already been slashed by half and negotiations still go on. Even more difficult might prove an attempt to get a loan from the Eurasian Economic Community Russian-dominated post-Soviet integration structure. The recent talk of a hypothetical USD 400 million loan from Iran demonstrates only the wishes of the Belarusian regime and disregards the reality of relations with Tehran, who will never give such money.

If no foreign money is found, privatization becomes the only solution. Yet the Belarusian leadership apparently considers it to be the very worst-case scenario. After all, losing the most profitable assets undermines Lukashenka's regime. And for that reason the authorities prefer to take loans rather than sell property.

The political system of Belarus, which is dominated by the often irrational whims of its leader, is another part of the problem. It means that Belarus is even more vulnerable in this situation and lacks strategical long-term planning. The standard mechanism of holding decision-makers accountable for their actions is simply non-existent.

Lukashenka and Belarusian propaganda will probably try to explain the current economic troubles by the world economic crisis. Lukashenka warned recently that "this global crisis much talked about now, may come to us as well." However, the serious problems of the Belarusian economy are mostly home-made. Inheriting the Soviet-era economic system, Lukashenka rearranged and maintained it without significant reforms by re-distributing rents from reprocessing and re-exporting cheap Russian oil. In the past, this and other subsidies from Russia brought him USD 6-7 billion each year. 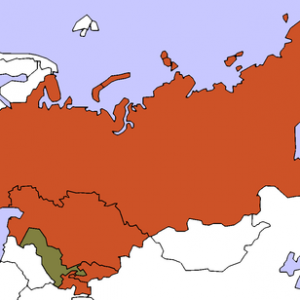 Belarusian analysts discuss new integration initiatives in the post-Soviet Space and the promise of Europe's Eastern Partnership. Other topics include Mink Gay Pride 2011, the profile of an average internet user in Belarus and the effect of proposed legislation amendments targeting NGOs and foreign aid.

Belarusian opposition is to be cooked like a frog. Political columnist Pavlyuk Bykovsky and human rights defender Vladimir Labkovich comment on the recent amendments to the legislation. Bykovsky is inclined to not overstate the real effect of the "anti-revolutionary package", since much of the amendment follows the existing rules. According to Labkovich, the situation is fraught as it marks the final reduction of political alternatives and the transition of civil society structures into an underground dissident movement.

Olga Smolianko: freedom of association depends on the will of state. A lawyer and expert in the field of freedom of association, Director of the Legal Transformation Center Olga Smolianko reflects on the problems existing in the registration system for public associations. The process of establishment and registration in very difficult in practice and often differs from the law in the books.  Belarusian legislation imposes criminal liability for organizing and participating in the activities of unregistered organizations. Although the authorities rarely invoke this article, many activists and initiatives are under constant threat of criminal prosecution. Even registration of an organization abroad is not an absolute defense against it.

Who uses the Internet in Belarus? The European Radio for Belarus along with Mikhail Doroshevich, Head of Gemius-Belarus, have composed a portrait of a Belarusian internet user. 33% of Belarusian internet users live in Minsk. The most active group are users of 25-34 years (28%), who make up 34% of all views and spend 33% of their time on the web. The most popular websites in Belarus include portal tut.by and social networks vkontakte.ru and odnoklassniki.ru.