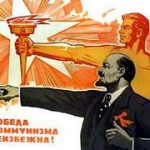 Oddly enough, the Belarusian government today does pay attention to the opinions of the IMF and the international community. Recently, it has decided to correct loan interest rates according to the IMF recommendations. But, of course, the most important recommendation is to privatize state-owned firms, which entails a fundamental overhaul of the entire Belarusian society and its values. Unfortunately, in the absence of transparency the only realistic privatization in today’s Belarus could only be a result of manipulations by the regime’s insiders.

The main problem with the indebtedness is not about the amount as such. After all, many developed countries have much higher debts. Yet their economies are working, and they can repay them over a reasonable time span. Is this the case for Belarus?

The rising negative balance in Belarusian foreign trade is a reason to doubt it. Furthermore, since Belarus regained independence, no new major production facilities have been built in the country.

Almost all major foreign investment projects underway concern some low-end technology production (like sewing), mining and construction materials production (like production of concrete) or “dirty” production (like processing hazardous chemicals). Meanwhile, recently propagated projects (such as a car plant built with Iranian investors) seem to be limited to assembly lines only and using only imported parts. But even the Belarusian-Iranian endeavor is not particularly stable. Last month, the Belarusian government declared its intent to renounce its cooperation with the Iranian investors and to give the plant to Chinese investors. As a result, the Iranian project ended up assembling only a few hundred cars.

There have been some successful modernization undertakings in Belarus, including the projects involving oil refining facilities in Mazyr and Navapolack. Such examples are atypical, however. Pro-regime analysts like to articulate the idea of ‘authoritarian modernization’ under Lukashenka. While the ‘authoritarian’ trends are clearly present, there is little actual modernization going on to make their claim stand.

Cheap Russian oil traded for Belarusian geopolitical loyalty to Moscow allowed Lukashenka to downplay the necessity for reforms. But now, with the new Russian policy toward Belarus and the revision of the old business of reselling Russian crude oil to Western Europe, the Belarusian government had little to do but borrow. After all, the oil products, potash and some chemicals provide a bulk of Belarusian exports.

The need to borrow has been great, and over the last two years the foreign debt has almost doubled. That is another reason for Belarusians to be seriously concerned about their economy. And not just the economy, but also the future of the welfare state in Belarus and real independence of the country, especially from Russia.

It does not matter whether the current Belarusian regime becomes more nationalistic in its rhetoric or whether Lukashenka finally starts speaking Belarusian, as some nationalists predict. The actual results of this regime’s activities are already clear: the increased vulnerability of the nation and the absence of modernization – whether authoritarian or not. 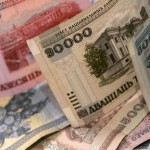 The recent presidential elections were too costly for the Belarus government. Alexander Lukashenka managed to remain in his seat but at a far higher price for his reputation and the Belarus economy than before. Two years of hard diplomatic work to better relations with Europe were wasted over a few hours on December 19. It is clear that only special arrangements with Russia made Mr Lukashenka less sensitive to the reaction of the rest of the world. But are these arrangements really beneficial for Belarus in the long run?

About a week before elections Mr Lukashenka signed a number of agreements related to the Single Economic Space, which included new terms of oil supply to Belarus. Two presidents agreed that Russia would deliver 21.7 tons of duty free oil to Belarus, on the conditions that 100% of custom duty on oil products will be paid to Russian budget. At first it seemed to be quite beneficial for both sides.

However, it turned out that Belarus also had to pay a fee of $46 USD to Russian oil producers for every tone. But it is not all – in case Belarus buys less oil than agreed volume it has to pay penalty to the Russian side. It means that all previous agreements with Venezuela and Azerbaijan on oil supplies have to be reconsidered and even abolished, as Belarus will have no capacity to process that oil too. Russia, which first did not take seriously all the attempts of Belarusian government to diversify energy resources supply, suddenly got nervous and grabbed Belarus back to its strong oil embrace.

More economic pressure from Russia was to come. Soon after the elections, the Russian government announced its readiness to extend a loan to Belarus to build a nuclear power plant with the help of the Russian state company “Rosatom”. It is easy to guess from what country the nuclear is going to be supplied. Russia also expressed its desire to acquire 50% of shares in the future nuclear station. Clearly, these arrangements directly contradict the attempts to diversify energy resources and energy suppliers, which originally was the main rationale behind using nuclear energy announced by the Belarusian officials.

These agreements were just a top of the iceberg of political agreements, which were revealed soon after the elections. Russia is successfully taking advantage of economically weak and politically isolated Belarus.

Belarus finances are in a tragic shape. The deficit of trade balance is soaring. In January 2011 alone, it accounted for $902.6mln USD, while during the same month in 2010 it was only – $2.7mln USD. All Belarusian experts agree that it is an extremely high increase. The total budget deficit for January – November 2010 was $8.4bln USD. At the same time the share of foreign currency reserves is dwindling – for January 2011 it was only $6bln USD. The foreign debt is also increasing and already accounts for $25.6bln USD, which is almost a half of the Belarus GDP.

The recent wage increase to the sacred $500 USD, promised by Mr Lukashenka before the elections, had an extremely negative impact on state finances. Just a month after the elections, this unjustified wage increase was reduced by higher inflation and growth in real prices on main products and utilities. Only in January 2011 the total real wage contraction (compared to December 2010) was 12.9%, according to Ministry of Statistics. Even taking into account general seasonal fluctuations, payments of all range of bonuses at the end of the year, this decline is very significant.

Belarusian economy is simply out of money and the government continues to borrow instead of implementing reforms. Clearly, reliance on external borrowing is just a temporary solution and only real reforms and privatization can bring the desirable outcome. But are the Belarus authorities able to implement consistent market reforms?

On 31th of December, Mr Lukashenka signed Directive № 4, which was supposed to improve business climate, simplify business regulations and attract investments. But before business community could benefit from these measures, a few restrictive decisions followed, which can hardly be associated with liberalization.

Already in January, government introduced state management in a privately owned furniture manufacturer Pinskdrev. It was explained by the need to ensure protection of the working collective, in the light of the fire, which resulted in fourteen deaths. Even assuming that the government had good intentions, introduction of state management is a demonstration of lack of respect to private property rights.

Then, on 1 March 2011 came not so liberal decree, prepared by parliament and Central Bank, which restricted free circulation of foreign currency. Companies are no longer allowed to buy exchange to import equipment for more than $500 thousand USD. In short term period this may help to limit the outflow of foreign currency. But in the long run it restricts possibilities for modernization of enterprises and has other negative economic effects.

After such decisions it will be hard for Belarusian government to carry out the Alexander Lukashenka’s order and attract international “business tycoons” to Belarus. After the recent elections Russian investors will be the main potential buyers of Belarus assets. And they have already showed up. Russian automobile concern KAMAZ had recently announced its willingness to acquire 100% of shares of the flagship Belarus heavy trucks manufacturer MAZ. And it is just the beginning.

It will very difficult for Belarus to attract leading transnational corporations as investors. Not only because of its instable legal environment, but because many learned from recent Arab revolutions that authoritarian regimes are inherently unstable and do not last forever. It is far more safe and profitable to invest in democratic countries, where the rules of the game are clear and predictable. This is not a problem for many Russian investors oriented to have short-term gains in Belarus. Unfortunately, what we can expect in the next few years is a mass privatization of Belarusian enterprises by Russian companies, which can hardly bring modernization to Belarusian economy.