Digest of Belarusian Analytics: The Logic of Non-Violence

Over the last weeks scholars in Belarus focused primarily on the new forms of street protests, their potential and implications. The fresh public opinion polls demonstrate growing dissatisfaction of Belarusians with the economic crises and how the authorities cope... 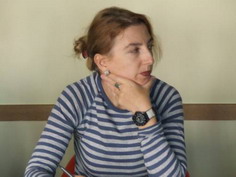 Over the last weeks scholars in Belarus focused primarily on the new forms of street protests, their potential and implications. The fresh public opinion polls demonstrate growing dissatisfaction of Belarusians with the economic crises and how the authorities cope with it. A recent paper also analyzed Poland's efforts to facilitate democratization of Belarus.

The logic of non-violence. Belarusian social researcher Irina Solomatina considers that silent actions are a manifestation of a new type of community that does not fit into the framework of state ideology. An important cornerstone of the Belarusian official ideology is glorification of the Soviet vision of the Second World War, where Belarusians and Russians stood against aggression from the West. The authorities use various public rituals to entrench Soviet values of obedience and deliberately ignore massive repressions and economic stagnation which characterized the Soviet period.

On the other hand, security services violently punish any expression of other values with a particular emphasis on collective actions. The authorities regard the seemingly meaningless act of clapping as a serious challenge. Solomatina predicts development of new forms of non-violent communication of disagreement with the values imposed by the authorities.

Silent revolution in people's minds. Gomel politician Pyotr Kuznetsov believes that authorities were able to bring down the dynamics of "silent protests". However Kuznetsov is confident that the revolutions in people’s minds and in the relations between the government and people havealready taken place.

Can nonviolent methods of protest bring a victory to the Belarusian opposition? Russian Radio Liberty talks with Belarusian experts on the effectiveness of the methods of protest, currently going on in Belarus. Journalist Yuri Drakakhrust draws attention to the important fact that the actions cover not only the capital and also the rest of the country. Pavel Sheremet predicts strong protests of opposition in autumn-winter, before the parliamentary elections, when the economic crisis will become more apparent. Yuri Chavusau, a political analyst, says that government repression can intimidate the participants of the actions, but the demand for a protest in society will remain and could explode at any place at plants, factories, or at border crossings.

Why the political parties do not rebel? Political scientist Yuri Chavusau explains why Belarusian political parties do not participate in street protests. According to his observation, the most efficient and capable parties are “now engaged in internal audit of scarce resources, defining the position in relation to socio-economic crisis, addressing the issue of coalition building up to the upcoming parliamentary elections, or, simply, licking their wounds after a very hard political season 2010”.

Belarusians want reform, not revolution. BISS (Belarusian Institute for Strategic Studies) prepared a briefing paper on the basis of an opinion poll conducted by IISEPS on May 20, 2011. BISS draws attention to the growing number of supporters of market reforms (67%) and high levels of anxiety at the possibility of new terror attacks (70%).  Comparative analysis of the data also shows an increasing number of respondents who believe that "go on living like that we can not". However, the number of respondents willing to take part in active protests has not increased. According to the BISS, these results indicate that the Belarusians are ready for reforms, but will not use the revolutionary methods. The paper is launching a new series of BISS regular publications, based on data from the independent opinion research centers.

A new public opinion poll. On June, 2011 the Independent Institutefor Sociological and Political Studies (IISEPS) conducted a survey on the most important issues of Belarusians’ life. Deteriorationof the "economic well-being" of Belarusians can be characterized as a true landslide. Thus, the number of respondents who said their financial situation over the past three months has worsened, increased from 26.9% to 73.4%. 81.5% believe that "the Belarusian economy is in crisis", and lay the blame primarily on the president (44.5%) and government (36.7%), but not to the world crisis (27%) or speculators (16.6%). The number of those who are ready to vote for Lukashenka again in the presidential election for the first time since March 2003 has fallen below 30% and amounted to 29.3% (December 2010 – 53%, March 2011 – 42.9%).

Warsaw will do everything to solve the "Belarusian issue". Since July 1, Poland leads EU. Mikhas Iljinski examines the relationship between Poland and Belarus after the events of December 19 and concludes that "during its EU presidency, Warsaw will continue its efforts that the "Belarusian issue" would not disappear from the range of interests of Brussels".

Iljinski notes that because of the Arab Spring the Medeteranian region is becoming more important for the European Union than its East. However, there is a nearly unanimous position on Belarus in the Polish society and  the Poles will keep working on their efforts to promote democracy in Belarus – unilaterally and in cooperation with other EU countries. The author hopes that Poland will be able to cooperate with Belarusians in as many areas as possible to balance Russia's dominance. 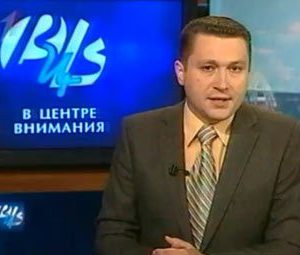