Belarus-Russia relations Belarusian language Belarusian military travel to Belarus
Why Support Belarus Digest? Donate
BelarusDigest > All > EU-Belarus Relations: He who Learns but Does not Think is Lost

EU-Belarus Relations: He who Learns but Does not Think is Lost 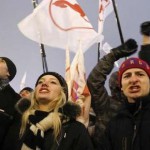 Post-election tumult in Belarus has roused Europe. The EU condemned, debated, adopted resolutions, and issued warnings. Some say the December events mark the end of an era, the EU took a blow, and the European approach to Belarus will undergo fundamental changes. What lessons should Europe draw from its past policies?

In the last decade, the EU has attempted to induce policy changes in Belarus via conditionality approach. For fulfilling EU’s demands Belarus was promised rewards: it could become a full participant in the European Neighborhood Policy, join the bilateral track of the Eastern Partnership, restore its special guest status in the Council of Europe, have trade restrictions lifted, obtain access to a huge EU market, and secure a lot more financial support.

This approach was enormously successful in other post-Soviet states. However, considerable obstacles exist for its implementation in Belarus. While adjusting policies in accordance with the EU demands will bring substantial rewards, it also entails high costs for the regime. While the Belarusian government could give in by releasing some political prisoners or allowing a few independent newspapers to circulate, it would be suicidal to fulfill some other EU conditions. For example, no sensible authoritarian president would willingly give his people the right to elect leaders democratically unless he was tired of ruling and had a vacation plan on an island where he would be safe from paying for all he has done while in power.

Additionally, some rewards offered to Minsk are of questionable value in the first place. For instance, if Belarus joined the Council of Europe, its human rights violations would fall under the jurisdiction of the European Court of Human Rights and every step in the wrong direction would draw even more criticism.

In addition to conditionality, the EU has also followed politics of isolation. It is the lack of intergovernmental ties with the EU that distinguish Belarus from the FSU states that seem to be doing a lot better as far as democratic norms are concerned. While causality may run both ways in the matters of institutional contact, isolation has clearly backfired by denying the EU some important channels of influence in Belarus.

It is true that last year the EU was more keen to engage with the regime and that the short-lived engagement proved futile. However, a year of luke-warm interaction doesn’t change the fact that for all intents and purposes Belarus has been isolated for the most part of its history while other post-Soviet states participated in regional organizations and initiatives (including the Council of Europe where even Russia is a member, the European Neighborhood Policy, and the Eastern Partnership).

The chances of Belarus’ adopting at least some democratic norms were weakened the day the CoE stripped Belarus of its special guest status in 1997. Since 1997, the EU has avoided most ministerial contacts with Belarus and the OSCE Parliamentary Assembly has refused to accept delegations from the Belarusian. For several years in the 1990s, all European actors continued to recognize Belarus parliament elected before 1996 as the only legitimate parliament of Belarus, which meant that only the parliamentarians who had virtually no influence in Belarus could participate in the European forums. Exacerbating the isolation, Belarus has itself been eager to expel most European representatives, including the EU and US ambassadors in 1998 and the OSCE mission in 2010.

While isolating the authoritarian regime may be a morally righteous choice, it lowers the likelihood that democratic norms could ever penetrate Belarus, conceals many of Belarus’s violations, decreases Minsk’s motivation for bringing the legal system in line with international standards, and deprives the local officials of the training offered through the Council of Europe to their counterparts in Ukraine and Moldova.

Because of the policy of isolation, no interaction between the EU and Belarus has occurred outside of the few areas of mutual interest, and these happen to be the very areas where EU’s objectives are undermined by its own competing interests and Russia’s interference. Isolation could be a useful policy tool in other countries, but it fails in Belarus for several reasons.

First, the EU policies also suffer from the presence of Russia’s influence in Belarus. Moscow steps in as soon as Brussels steps out, providing Belarus with economic, military, and diplomatic support. Russian energy subsidies account for about 20 percent of the country’s GDP and play a key role for the survival of the authoritarian rule in Belarus. Unfortunately, the EU can change little about the situation.

Second, isolation has been incomplete because European states needed to work the Belarusian regime at least on the issues of energy security, border protection, and immigration. Despite its democratic principles, the EU cannot neglect the security and well-being of its own citizens and is therefore forced to work with Minsk. Belarus’s role as a major transit country for Russian oil explains why the EU has maintained technical cooperation with the regime regardless of its human rights violations. The fear of a flood of illegal Belarusian immigrants explains why the EU visa policies have been so draconian.

In short, the EU should be realistic about its leverage and capacity to pressure Belarus. There is no magic bullet against authoritarianism, and going from one extreme to the other is counterproductive. Understanding the limitations in pressuring Minsk are important for ensuring that the EU does not contradict its rhetoric with actions and develops an approach that imposes the least costs on the Belarusian people.

Transborder Broadcasting and Oil Revenues as Keys to Belarus Puzzle 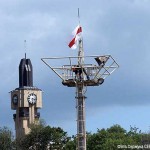 Yesterday the European Parliament adopted a strong resolution* on Belarus. The resolution demonstrates a good understanding of the situation in Belarus and was adopted by the absolute majority of the members.

Overall, it is a welcome sign that Europe is serious about the rapidly deteriorating political situation in Belarus. It should be taken for granted that Mr Lukashenka is not going to react to many regrets and condemnations expressed in the resolution. Similarly, it is not going to comply with Europe's demands voluntarily. Unlike any democratic regime, the Belarus authorities are not particularly concerned about their international reputation. They will react only to concrete measures. The most serious steps which the European Parliament proposed are the following:

… targeted economic sanctions and the freezing of all the macrofinancial aid provided via IMF loans as well as lending operations by the [European Investment Bank] and the [European Bank for Reconstruction and Development] programmes; underlines that the orientation of the [European Neighbourhood Policy] and national assistance for Belarus should be redirected in order to ensure appropriate support for civil society; … to support, with all financial and political means, the efforts of Belarusian civil society, independent media (including TV Belsat, European Radio for Belarus, Radio Racja and others) and non-governmental organisations in Belarus to promote democracy and oppose the regime.

Today many in Europe understand that there are two truly effective instruments which can make a difference in Belarus: breaking through the information blockade in Belarus and targeting Mr Lukashenka's oil revenues. On the first one – it is not enough to increase support for the Belsat television or Poland-based radio stations. It is crucial that the signal reaches the general population which has no access to satellite TV or Internet.

Today the Poland-based independent media preach to the already converted. Building infrastructure for re-broadcasting the Belsat TV and radio on FM across the border is necessary but requires serious political and financial commitment. This commitment is crucial for any meaningful influence on what is going on in Belarus these days. Oil revenues is the main economic basis of the Lukashenka regime.

Earlier this week, Mr Putin promised that Belarus will get over $4 billion in subsidies in the form of duty-free oil supplied by Russia. Most of this oil is going to be refined in Belarus and exported to the European Union, particularly the Netherlands. Yesterday a group of prominent U.S. senators called the European Union to join the United States in introducing sanctions against Belneftekhim*, the state-owned Belarus conglomerate. Clearly, unless the economic sanctions hit Belneftekhim, their effect is going to negligible.

Finally, the European Parliament should have urged to simplify work permit procedures to enable Belarus citizens work in Europe. The main fear of repressed Belarusians is that they will not be able to take care of their families. Once thrown out of job for political reasons, it is virtually impossible to find another job in Belarus. It is even more difficult to get a European visa. Not because the visa fees are high but because it is difficult to convince visa officials that the visa application should not be declined.

Therefore reducing or even eliminating the visa fees is not going to change much. Visa applications of many Belarusians will simply be rejected. Enabling Belarusians going to work in Europe would significantly undermine the economic monopoly of Lukashenka regime. Having at least some economic security, people in Belarus would be more willing to stand up for their human rights and dignity.

Russia can offset Western economic sanctions by providing even more subsidies to the Belarus regime. It is more difficult to offset the effect of transborder broadcasting and economic empowerment of Belarusians and its civil society. In addition to the common action of the European Union, each individual country can see what it can do. Belarus is an economic and political midget compared to almost any EU member state. Individual EU countries should follow the example of Poland which doubled its aid to Belarus civil society and introduced a travel ban to those involved in post-election beatings, arrests and torture of civil society activists.