Fencing Off the War in Ukraine: Belarus Strengthens Its Borders

The measure targets illegal migration, drug trafficking, as well as the illicit movement of goods across the border. Until now, the Belarus-Russia... 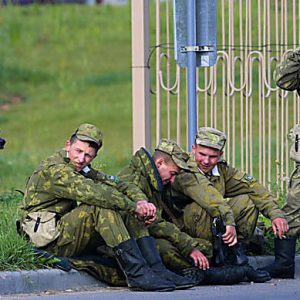 The measure targets illegal migration, drug trafficking, as well as the illicit movement of goods across the border. Until now, the Belarus-Russia border was unsecured due to the special relationship between Minsk and Moscow.

Russian Gazeta.Ru said the decision was due to Belarus's attempts to “flirt with the EU.” The newspaper speculated that Lukashenka may be opposed to the Eurasian Economic Union. Yet the reason for the change in border policy may be much simpler.

Even once the war ends, unrecognised states teeming with criminal activity and prone to instability are likely to emerge just across the border.

Establishing border security zones with Russia is a final step in setting firm borders for the country. Independent Belarus inherited from Soviet times only one full-fledged state border – with Poland, established by the Soviet-Polish treaty of 1945. Other borders had existed only as administrative markers and required boundary delimitation and demarcation once the Soviet Union collapsed.

First came borders with the Baltic states. Lithuania, Latvia, and Estonia needed these borders more than Belarus did due to their aspirationsto join the EU. Belarus's border with Latvia was by far the easiest to establish, in part because it is the shortest of all Belarusian borders. In that case, both countries simply revived the pre-1940 Latvian border with Soviet Belarus and Poland. The delimitation of the Latvia-Belarus border was completed in 1994 and its demarcation in 2006.

Belarus's border with Lithuania was a harder case, and some disputes emerged. First, Belarusian Foreign Minister Piatro Krauchanka made an ambiguous statement interpreted by some, including the New York Times, as a claim to Lithuanian capital and adjoining areas. Later, negotiations suffered from disputes concerning some border railway facilities. Nevertheless, the delimitation was successfully completed in 1995, and the demarcation in 2006.

Russia and the EU Work toward the same Goal

The European Union helped to establish the new borders between Belarus and the Baltic states. Belarus's boundary demarcation with Lithuania and Latvia cost $13.5m, and the EU's TACIS Programme provided a third of that sum.

The money was put to good use. In June, talking on the Belarusian ONT TV channel Maira Mora, the Head of EU Delegation to Belarus, said

Maira Mora hailed this as an achievement by Belarusian border guards.

According to a 1995 agreement with Russia, Moscow also began to help Belarus with material and technical supplies for Belarusian border guards, including manufacturing, deployment and repairing arms and equipment. It also shared with Minsk the costs of constructing a border with Lithuania and Latvia – Russia provided almost 80% of the funds.

The borders halted various illicit activities, including the large-scale smuggling of metal, but also limited interaction between citizens of neighbouring countries.

No Money – No Border

The border with Ukraine was next in line. Minsk and Kyiv signed a border agreement in May 1997. However, the border issue became instantly entangled with the problem of Ukraine's indebtedness to Belarus. Minsk demanded the payment on debts from Kyiv, delaying the ratification of the border agreement for thirteen years, until April 2010.

An official of the Belarusian State Border Committee told UNIAN news agency in November 2013 that Belarus and Ukraine hoped for international financial aid to help them demarcate their joint border. “After all, establishing clear boundaries and maintaining control and order on them mean [making] direct investments into the security of the European Union.”

In June, the EU Delegation to Belarus announced that soon Minsk would get €3bn to strengthen its border with Ukraine. This is a difficult task as the border with Ukraine is extremely porous. The EU probably would have given the money regardless of developments in Eastern Ukraine this summer.

Importantly, controlling the Belarus-Ukrainian border will prevent the movement of militants and weapons between Russia and Ukraine via Belarus. Suppressing such activities serves Minsk's own interests.

Is There a Border with Russia?

The border with Russia is a different story. In 1994-95, Belarus and Russia signed three major agreements on border security. Both countries are obliged to guard their external borders and keep each other's border security interests in mind. This means that Belarusian border guards ensure the security of the Russian state border by guarding Belarusian state borders with Poland, Lithuania and Latvia, and vice versa.

After this agreement came into effect in May 1995, Belarusians stopped controlling the border with Russia. The delimitation of the Russia-Belarus border never took place. Russian border guards, however, sometimes conduct passport control on Russian-Belarusian border.

They have good reasons to do so. After all, a Belarusian visa – and even a residence permit – does not allow its holder to enter Russia. Yet because the border is largely open, foreiners who have arrived to Belarus can easily travel to Russia.

Some countries (like Georgia) have no visa requirements with Belarus, yet have to obtain a visa to travel to Russia, which creates an opportunity to misuse the open Russia-Belarus border.

Even though Minsk is unlikely to treat the Russia-Belarus border with the same attention as its borders with Poland or the Baltic states, the recent decision to increase border control is nevertheless an important one. Lukashenka has always treated the borderless regime with Russia as a personal achievement. Therefore, his move to increase border control reflects serious concerns about the recent regional developments.

Whatever the reasons, Belarus is an independent country that needs borders. As the instability in the neighbourhood increases, securing state borders is becoming of vital importance.

The EU monetary contributions toward Belarus's boder management can help Belarusians maintain the security of the Belarusian state. As Ukraine's example shows, the absence of a functioning state and porous borders can lead to serious problems.

An Insider’s Guide to Minsk: Beyond Mainstream Sightseeing 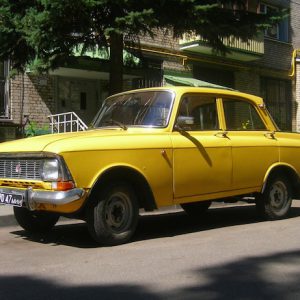 Many guides provide a standard list of the city's attractions. But what discoveries await those willing to leave the main tourist trails?

In Search of an Old Town

World War II, but also post-war city planing left little of the old Minsk. This is the conventional wisdom about the Belarusian capital. A second glance will probably get you to Trayetskaye pradmestsye— the Trinity Suburb.

This neighbourhood along Svislach-river is where the settlement of Minsk started. Yet, the houses you find here today were all build in Soviet times. Similar attempts to construct an old town are made around Ploshcha Svabody with buildings like the Old Town Hall, build in 2003.

Not far away though you get a better sense of Mink's past. In streets like Rakauskaya or Revalutsyonaya many 19th century brick buildings have survived.

Sometimes old structures also hide behind post-war architecture like the Catholic Church of the Holy Trinity near the intersection of Nezaleszhnasci avenue and Masherova avenue.

When back in the city centre also make sure to stop by the Pobeda Cinema on Internatsyanalnaya street. Notable is not only its pink exterior but also the posters advertising the films currently in show. A closer look reveals that they are all hand-painted. If you are lucky you can even get in for free, as Pobeda hosts a number of film festivals throughout the year.

The façades of Minsk's main boulevards seem quite impressive. But they can also be intimidating and impersonal. To meet the real Minsk, take a turn through the many plaster-decorated arches into the backyards of Minsk. Here you will find authentic Belarusian life and meet the real inhabitants of Minsk – also known as Minchanye.

Babushkas discussing the latest gossip or feeding cats. Children playing. And men enjoying an after-work beer. Lovers of old Soviet cars may spot an old Moskvich or Volga and with a bit of luck – even a Pobeda. Some of them have even retained their original Soviet-era white-on-black licence plate. Walking through the backyards will also allow you huge short-cuts as you can simply walk through a street block, instead of walking all the way to the next corner.

A Trip to the 18th Century

From the heart of Minsk it is only a short metro-ride on Autozavodskaya line to Pushkinskaya station. Walk along the main avenue – Prytytskyha street – until you reach the gates of Kalvarya cemetery. As one of the few places in Minsk to do so, this cemetery offers a trip back in time. Some of the graves have remained untouched for over 200 years. Quite remarkable given Minsk's troubled past in the 20th century. 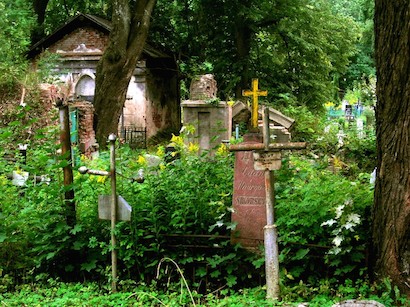 The inscriptions on the tombstones – some in Cyrillic, many in Polish – also reveal Belarus' heritage at the crossroads of different cultures. Finding a national identity remains an issue in today's Belarus. Many of the graves deserve to be repaired. Time has clearly taken its toll and decay is all around. But that is exactly what makes the morbid atmosphere of this unique place.

Heading out the Flea Market

Minsk's flea market scene still has room to develop. What is considered vintage in the West is either still in use in Belarusian homes – and repaired until it completely falls apart – or thrown away, considered junk. Still, a visit to Zhdanovichi market is worth while.

A short and inexpensive eletrichka train ride gets you to Lyabyazhi station. Leave the babushkas on the train aside – they are heading out to the dacha. Just follow the crowd getting off at the station. The huge market spans over several acres and offers quite literally everything you may want to buy. Food, electronics, clothing and much more.

At the very end – after taking the underpass to cross Tsimirazyeva street – you find the flea market section. Soviet memorabilia, old tools, second hand clothing and every thing else vendors may want to make a few roubles with. The best time to hit the market is a Saturday morning with good weather. Bring sufficient cash and enough Russian to negotiate prices.

For those shopping for second hand books, the book store on the intersection of Marks and Engels street has a separate section for old books. A similar shop called Bookinist is located on praspekt Nezalezhnosti – just north of Akademiya navuk metro station.

The Bunny in Your Wallet

Spending a few days in Belarus you may already have fallen in love with the Belarusian rouble, or rather: its many colourful bank notes. Today they take you on a trip to the most important sights and buildings of the country.

Back in the 1990s, Belarus also had its natural beauty on display on its currency. All Belarusians remember the one-rouble note with a bunny on its front side. It even earned the whole currency the nick name of zaichik – the Russian term for a small bunny.

The entrance hall of the BelSwiss Bank at Ploshcha Svabody features a collection of all Belarusian bank notes of the past 25 years. From the last Soviet rouble – bearing Lenin's profile – to the current series.

Minsk is a Village

A ride down the main roads into town through areas like Kamenaya Horka creates the impression that most houses in Minsk are 20 stories high and have the shape of a box. But Minsk can also be quite the opposite. There are several parts of town with little old wooden houses that take you on a trip to a Belarusian village. 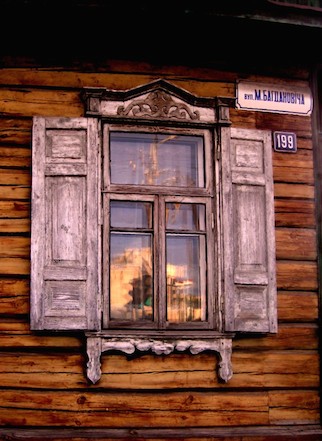 Old water pumps in the yard, colourful houses, unpaved roads and blossoming gardens you find north of Kyivsky Skver, around Hrushauka metro station or on the upper section of Bahdanovicha street. And Minsk even still has cobblestone roads like the short strip near the intersection of Bahdanovicha and Amurskaya streets.

Minsk and Belarus remain an extraordinary tourist destination. But be rest assured that even wandering out of the city centre is safe, as crime is generally low in Belarus.

Therefore go out and explore. And Belarusian are eager to meet foreigners. Platforms like couchsurfing will help you to make friends in Belarus. They will introduce you to the real secrets of their country.