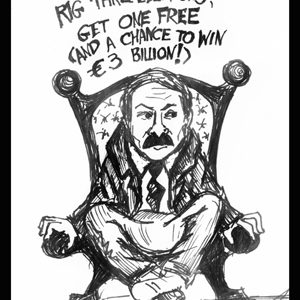 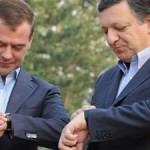 The integration with the European Union is an increasingly articulated priority of Russia’s foreign policy in recent months. Analysts close to the Kremlin frequently stress the complementarity of the economies of Russia and the EU. The draft foreign policy programme published some time ago by by Russian Newsweek speaks in the same spirit. The fact that Russian President Dmitry Medvedev will attend the NATO summit in Lisbon next month is another clear sign of a continuing warming between Russia and the West, and especially with the EU.

After all, throughout its history Russia was and remains primarily a sovereign country within the European civilization. Given Russia’s eventual inability to maintain its status as a regional pole of power equivalent in weight to the European Union or China, this will only be more vivid. Rallying several post-Soviet countries around itself, in the coming years Russia will naturally be more and more drawn to the linguistically, historically and culturally closer Western Europe than to the Islamic world or China.

There are two noticeable, although not decisive, factors that stand in the way of Russian-Western rapprochement and that sooner or later will inevitably arise as issues within this cooperation. The first is the authoritarian regime in Russia. The second is Belarus under president Aliaksandr Lukashenka.

At this stage the West does not seem to be expressively concerned with the progress of democracy in Russia. It seems ready to accept economic and geopolitical cooperation with Russia in exchange for putting a blind eye on human rights issues, at least as long as these issues do not become too serious. The Russian side is aware of this and therefore does not cross the line, leaving room for a limited but still possible realisation of certain political freedoms by its citizens.

However, the political circumstances and the irreparably worse image of Belarus, which, after all, is not far from reflecting objective reality, does not allow the EU to ignore the lack of democracy and massive human rights violations in the country. Oddly enough, criticism of the Lukashenka regime and a careful expression of concern about the state of democracy in Belarus is also a chance for president Medvedev to demonstrate his modernity and progressiveness.

The regime in Belarus should therefore not expect a controversy between Russia and the European Union and should not try to use it to maintain its own existence in the long term. Strategic interests of both Russia and the EU require compromise and a constructive cooperation rather than confrontation. Russia already does have a common border and maintains well-established contacts with the European Union and NATO. That is why Belarus can neither be a serious barrier to (an objectively impossible) military intervention from the West, nor can it be a full-fledged economic bridge between Russia and the EU. Belarus may facilitate this Pan-European integration, also by possibly creating a collective third subject of this process together with Ukraine and several other European countries outside the EU. Otherwise Belarus can continue to be a stone in the shoe of Russia-EU relations and create barriers and difficulties of a local nature, from which it eventually will suffer the most.

It is obvious that the Belarusian issue will not be a priority or object to special focus in the relations between Russia and the EU. More likely, the parties will aim to resolve it as things move their way. In the near future Russia will significantly reduce its dependence on gas transit through Belarus, after the launch of the Nord Stream and South Stream. This will produce a situation of non-contradiction between the strategic interests of Russian foreign policy and the interests of Russian oil and gas business. Therefore we can not exclude that Russia, which has a much greater influence on the situation in Belarus, will be collectively appointed to resolve issues with Aliaksandr Lukashenka. This can create an objective threat to the economic and political independence of Belarus from its eastern neighbour.

Anyway, the banal and the obviously correct idea that Belarus should build partnership with both Russia and the European Union, is becoming less and less utopian and even more urgent. All concerned parties are interested in Belarus ceasing to play a destructive role and joining the Pan-European cooperation. The Belarusian society is interested in this more than anyone else. The current leadership of Belarus seems unable to lead the country in the appropriate direction, leaving it outside of the regional context, largely isolated from the EU and in a permanent conflict with Russia.

There is a strong demand for a different foreign policy of Belarus, but as of now there is virtually no prospect of the democratic opposition, demoralised and weakened by 15 years of political repressions, coming to power. In these circumstances the appearance of a reformist clan within the ranks of the current nomenklatura is a matter of time. A different question is, whether the current president of Belarus will have time to realize it and to align to this situation.

This article is a translation of one of the contributors’ column at Novaja Europa website. See the original article here: http://n-europe.eu/en/columns/2010/10/25/kamen_u_botse