Getting the Travel Ban Right

Lukashenka invites the West to participate in a "tug of war" with Russia. He wants to persuade the West that Belarus is significantly strengthening cooperation with Russia, and thus push the West towards cooperating on his terms: extension of... 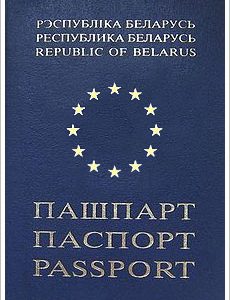 Lukashenka invites the West to participate in a "tug of war" with Russia. He wants to persuade the West that Belarus is significantly strengthening cooperation with Russia, and thus push the West towards cooperating on his terms: extension of loans, development of trade and economic cooperation without significant steps towards political liberalization. Russia's generous loans, heavily discounted gas prices and imprisonment of Bialiatski are two recent steps in this game.

Despite some emotional reactions in Belarus, the new Eurasian economic integration does not mean significant changes in relations between Belarus and Russia. Lukashenka expects increased subsidies from Russia, including lower energy prices, and also improved conditions for Belarusian exports.

This blackmail against the West is successful to some extent. The West is afraid ofing push Lukashenka into the arms of Russia. However, the threats by the West to expand the list of banned Belarusian officials play into Lukashenka's hands. It is in his interests that his fortress has a larger garrison, which would defend itself to the last round.

On 14 November 2011, the EUobserver on-line periodical (Brussels) reported with a reference to information sources in EU diplomatic circles that the EU could include the Prime Minister of Belarus Mikhail Miasnikovich, the First Vice-Premier of Belarus Uladzimir Siamashka, and the Head of State Border Committee of Belarus Ihar Rachkouski on the existing visa ban list.

Moreover, it was noted by EUobserver that Lukashenka’s close business allies might find themselves on the list as well. The group of candidates consists of Triple Co. owner Yury Chyzh, head of Minsk-based machine-building plant Amkador and a member of the Council of the Republic Alyaksandr Shakutsin, Tabak-Invest cigarette plant and retail chain Karona owner Pavel Tapuzidzis, and Director General of Brest-located fish-packing plant Santa Impex Alyaksandr Mashenski.

Out of the all the heads of enterprises and businessmen mentioned in the EUobserver list, only Yury Chyzh clearly represents the interests of Lukashenka's family. He is Viktar Lukashenka’s de facto business manager.

In addition, the success of Pavel Tapuzidzis’ business has become possible due to the auspices of Lukashenka and his family. However, it is not quite correct to regard him as ‘Lukashenka’s ally’.

The application of sanctions against Chairman of Amkodor Board of Directors Alyaksandr Shakutsin
and milk and seafood seller Alyaksandr Mashenski is not sufficiently justified. They have created their successful businesses practically from nothing and mainly due to their own efforts.

The on-line newspaper doublestressed that a "tough reaction was almost inevitable" if human rights defender Ales Byalyatski was imprisoned as a result of a tax evasion trial.

The author underscored in the previous reports that inclusion of state officials on the visa ban list could not be regarded as a tough reaction anyway.

Taking into account that the visa ban list is among the main EU signals to Lukashenka regime, it seems to be relevant to put Lukashenka and a wide range of his supporters, involved in repressions and election frauds, on the list.

However, the broadening of visa ban list has reached a point where the measure could become counterproductive. It is necessary to take pains in order to determine carefully the people that can be included into the list.

It is absolutely irrelevant to include the First Vice-Premier Viktar Siamashka on the list. For his part, he has made a lot of efforts to develop cooperation with the West. In particular, Siamashka noted in 2009 that Belarus should initiate negotiations with the EU on creating a free market zone. At the same time, he is a consistent adversary of selling Belarusian enterprises to Russian companies as well as other steps towards real integration with the Eastern neighbour (as Russia sees it), including amalgamation of monetary systems etc.

In 2009, Rachkouski stated on his own initiative that Belarus would take retaliatory measures in response to the tightening of border control by Russia. It is also remarkable that Rachkouski often delivers his speeches in Belarusian. A developed national conscience is a rare occurance among those who are wearing uniform in Belarus.

The Land of Forgotten Heroes: Lenin vs Kosciuszko 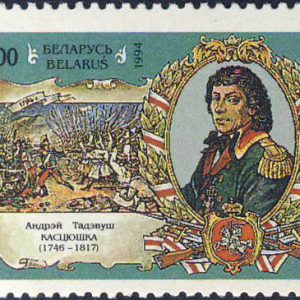 For the Belarusian authorities, human rights activist Ales Bialiatski, who was sentenced to 4 and a half years in prison yesterday, is a criminal. For a significant part of Belarusian society, he is a hero. Twenty years after the declaration of independence from the Soviet Union, Belarus still has two opposite pantheons of national heroes: the official and the democratic one, and many people believe they do not need any national heroes at all.

Every year on 27 November, the Belarusian diaspora celebrates the first day of the Slutsk uprising on what is known as Heroes Day. On 27 November 1920, a month after Soviet Russia and Poland split the territory of what was at the time Belarus in accordance with the Peace of Riga treaty, supporters of the Belarusian People's Republic, which was declared in 1918, raised an anti-Soviet uprising in the town of Slutsk. Several thousand armed Belarusian peasants fought for the independence of Belarus against a massive Bolshevik army for more than a month. Eventually, they had to capitulate.

After Belarus gained its independence in 1991, the Heroes Day tradition came from the diaspora to the metropolitan country. Yet, it has been accepted only by the democratic part of the Belarusian community. Meanwhile, the official state under 17-years of Alyaksandr Lukashenka's rule still glorifies the Soviet-era idols who strongly and often violently opposed the idea of an independent Belarusian state and against whom Slutsk insurgents were fighting.

The Land of Lenins

Two years ago, Belarusian, Lithuanian and Ukrainian scholars conducted research into the toponomy of several former Soviet republics' capitals. According to the study, Minsk looked the “most Soviet” of the cities in the former USSR. One third of its streets carry names of Soviet heroes of World War II, and another third are named after heroes of Russian history. Only a small percentage of streets commemorate figures of Belarusian cultural heritage.

The situation with monuments is similar. More than a hundred Belarusian cities have monuments to Vladimir Lenin, and almost all towns and villages have monuments to Soviet heroes of World War II Besides that, almost 30 monuments across the country honour heroes of Russian imperial history, many of whom have no bearing on the history of Belarus in any way. Basically, all this is a Soviet legacy.

The Belarusian authorities also try to rehabilitate crimes of the Soviet regime in Belarus despite the fact that up to 1.5 million residents of Soviet Belarus became victims of Bolshevik terror. As a result, new monuments and memorials to bloodthirsty Soviet leaders Felix Dzerzhinsky and Joseph Stalin have been erected in Belarus over recent years.

One of the most respected Belarusian historians, Dr Zachar Shybieka, claims that all these facts prove the high level of sovietisation of Belarusian society, even when compared to other post-Soviet states. According to him, "Belarusians strongly lack a sense of national pride along with historical memory and national consciousness”. The historian points out that Belarus is still going through the transition period from its colonial status as a part of the USSR, to its sovereignty. “That is why Belarus often looks like a province of Russia."

There is Space for One Hero Only

On the one hand, the majority of Belarusian officials in charge of ideology grew up and began their careers under communist rule. On the other, the existence of the independent Belarusian state makes it necessary to establish Belarus' own historical identity, so officials have to borrow heroes and concepts from non-Soviet Belarusian history. Not surprisingly, there is an eclectic view of the country's history among them.

Thus, several monuments and street names honouring figures of Belarusian national history have emerged in the last few years too. Many of them have come into sight due to various initiatives by democratic activists. The authorities may reluctantly approve commemoration of medieval and other "distant" personalities, but not those who fought against Russian imperial oppression, such as leaders of anti-Russian uprisings Tadeusz Kosciuszko and Kastus Kalinouski, or the founders of the Belarusian People’s Republic.

To examine this trend, independent researchers looked at Belarusian school textbooks over the past 17 years. They concluded that the books represented "plenty of different histories", but not a joint history of a single country. The recently published books funded by the state are reminiscient of Soviet-era propaganda literature. In particular, a number of distinguished persons, who were rehabilitated in the history of Belarus after the collapse of the USSR, have been disappearing from textbooks in recent years. Experts suspect that this has been done because the authoritarian state can only have one real hero – Belarusian president Alyaksandr Lukashenka.

Six years ago Lukashenka renamed two main avenues of the country’s capital Minsk. It is widely believed that "the last dictator in Europe” felt uncomfortable that two central streets were named after medieval publisher Francysk Skaryna and Soviet Belarus leader Piotr Masherau. Belarusians regard both Skaryna and Maseharau as national heroes and many think that Lukashenka felt jealous. He renamed these avenues by removing any references to the past heroes. Now these streets have depersonalized names: Independence Avenue and Victors' Avenue.

Professor Barbara Törnquist-Plewa of the Centre for European Studies at Lund University explains that Lukashenka’s theorists have been creating state ideology on the basis of old-fashioned Soviet concepts that have a weak connection to Belarusian culture, history and traditions. According to her, “what they are trying to do is to build the Belarusian nation on the grounds of the charismatic personality of President Lukashenka. However, it is well-known from 20th century European history that nations led by such charismatic leaders have troubled relations with others. This is a very dangerous game."

So what about the people? Belarusian society is split into two parts. Each has its own understanding of the past and dreams about the future. For example, the democratic community predominantly speaks Belarusian. They regard the Belarusian language as the nation's main value, which has been suppressed by the mighty Russian neighbour for the last 200 years.

On the opposite side, Lukashenka, a former collective farm manager who has spoken the mixed Belarusian-Russian language known as "trasyanka" most of his life, has taken a pro-Russian approach to political, cultural, and economic issues throughout his presidency. He regards Belarusian as the language of his antagonists rather than as a national heritage.

Belarusian democrats respect the Pahonia (‘Chase’) emblem and the white-red-white flag, originating in the Middle Ages. These symbols were adopted as official by the Belarusian People’s Republic in 1918 and by the Republic of Belarus between 1991 and 1995. Lukashenka and his supporters, on the other hand, prohibited historical symbols and instead reconstructed those from Soviet Belarus.

In 2009, the Belarusian Institute for Strategic Studies in cooperation with NOVAK Research Laboratory conducted a survey of the national consciousness of Belarusians. 25% of all respondents named Francysk Skaryna, who was the first publisher in Eastern Europe, as the most popular national hero of Belarus. Soviet leader Piotr Masherau and rebel leader Kastus Kalinouski came second and the third respectively. However, 40% of respondents could not name any national heroes at all.

A significant number of Belarusians already see non-Soviet Belarusians as their national heroes. This is clear progress in the process of nation building achieved during the years of sovereignity. But the process will be painfully slow as long as the official propaganda continues to glorify the personality of Lukashenka and obsolete Soviet myths.