Belarus-Russia relations Belarusian language Belarusian military travel to Belarus
Why Support Belarus Digest? Donate
BelarusDigest > All > Hans-Georg Wieck: ‘The country has to get prepared for the days after Lukashenko’

Hans-Georg Wieck: ‘The country has to get prepared for the days after Lukashenko’

Dr. Hans-Georg Wieck agreed to give an interview to Belarus Digest on July 10, 2011. Wieck is a German diplomat with nearly fifty years of experience. In 1997-2001, Wieck headed the OSCE Advisory and Monitoring Group in Minsk, and... 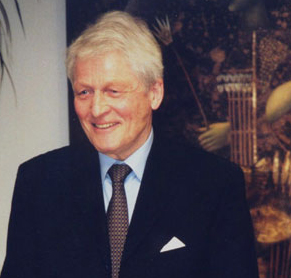 Dr. Hans-Georg Wieck agreed to give an interview to Belarus Digest on July 10, 2011. Wieck is a German diplomat with nearly fifty years of experience. In 1997-2001, Wieck headed the OSCE Advisory and Monitoring Group in Minsk, and was denied entry visa upon completion of his term.

Since 2004 Wieck chairs Human Rights in Belarus ("Menschenrechte in Weißrussland e.V."), an NGO involved in the investigation of the "disappearances" of oppositional figures in Belarus in 1999 and 2000. Its aim is "to support people and initiatives who get involved with the implementation of human rights, rule of law and democracy in Belarus". Wieck served as Ambassador of the Federal Republic of Germany to the Soviet Union in 1977-1980.

BD: How do you evaluate the democratic potential of the recent protests  triggered by the economic crisis in Belarus?

WIECK: The country is in deep crisis: The country‘s strong man promised and delivered gradually improving living conditions. Now, he can no longer deliver. Protest erupted already after the massive and brutal repression on Election Day December 19, 2010 and thereafter. Now economically motivated protest is suppressed in equally harsh manners. Living conditions are deteriorating. The “contract social” between Lukashenko and the population has been broken – by Lukashenko. The winds of change have reached Belarus. The country has to get prepared for the days after Lukashenko.

BD: What differences can you see in the approaches to Belarus by different Western states and what explains these differences?

WIECK: There is no difference in attitude between individual members of the EU so far as the preoccupation about the violation of European human rights standards of the Council of Europe and the OSCE is concerned. Neighboring countries to Belarus are more directly involved with their support for genuine democratic transformation in Belarus than countries that live in other neighborhoods. […] During the decade long freedom struggle of the Baltic republics and of central European Soviet “satellite countries” such as Poland against Soviet domination, the USA played a pivotal role. Such memories are kept alive for good reasons. […]

BD: Is Germany’s impact on democratization any different from that of other EU states because the country frequently acts through political foundations?

WIECK: I think the tools available to civil society in Germany for the support of the transformation process in all post-Soviet countries as well as in all new member states of the European Union render valuable service. I speak notably of the Political Foundations such as the Konrad Adenauer Stiftung, the Friedrich Naumann Stiftung, the Friedrich Ebert Stiftung, the Hanns Seidel-Stiftung and the Heinrich Boell-Stiftung. These foundations do work in almost all countries of the world, also in the USA, China and Russia. By the way, they play a very important role in Germany in their supporting role for civil engagement of citizens, notably of the upcoming next generation. Their funds are authorized by Parliament. There is no secrecy about their funds and their activities.

The German engagement for transformation in East Europe is a long term commitment. That is important for the civil societies in countries that were dominated by an authoritarian regime for so long and need time to develop strong civil societies, socially rooted market economies and courts that are really independent from state government.

BD: How do the needs of EU relationship with Russia affect its Belarus politics?

WIECK: The EU and Russia maintain manifold relations, however, it has not been possible to reach agreement on a new “Partnership and Cooperation Agreement”, to follow the one that was concluded in 1998. The economic and international outlook of the two sides differs a great deal, although (EU) constitutes the most important trading partner for Russia. Russia’s perception for its relations with former member states of the Soviet Union differ considerably from the perceptions of the European Union with regard to the post-Soviet successor states, notably in Eastern Europe (“Eastern Partnership”).

Belarus has been and will be on the agenda of EU-Russia consultations and on the agenda of bilateral consultations of EU member states and Russia. These contacts have – until now – not yet been very successful. Russia’s democratic transformation has come to a standstill – to say the least. Russia tried – and continues to do so – to reduce the role of the OSCE in the field of democratic transformation, including the dispatch of international election monitors.

BD: To what extent does the lack of prospects for joining the EU hamper progress in Belarus?

WIECK: The European Union is not an “imperial power” that seeks to enlarge its zone of influence and is ready to invest a lot of energy into the accomplishment of its aspirations. The European Union is a voluntary union of states in Europe. Aspirants for membership have to adjust their political, economic and social structure accordingly and have to demonstrate time and again their determination to achieve this goal. At this juncture advice and financial support of the process by European institutions and on a bilateral basis are feasible. This European political culture is openly discarded by the Lukashenko regime and cannot be discussed openly in Belarus because of the authoritarian, if not totalitarian regime Lukashenko.

It can mature only under the conditions if free and fair elections and parliamentary control of the elected government. In order to open the possibility of such development the European Union adopted the principles of “Eastern Partnership” outlining the goal of political approximation of the countries in question to the European Union and their economic integration. The initial and continued impulse has to come from within each of the six countries. This dimension of the European political culture that has to seek democratic legitimation every four to five years constitutes a new experience for the political structures in East Europe. At present the European Union is deeply involved in the political and economic integration of the successor states of former Yugoslavia, including Serbia. It would be worth the while for the political “elites” in East Europe to study these processes on the Balkan. Who would have expected – ten years ago – the approximation of Serbia and Kosovo towards the European Union?

BD: What effects does the policy of isolation and difficult visa procedures have on the situation in Belarus?

WIECK: Border crossing interaction on the governmental and the societal levels is of the essence. Governments find it difficult to commit funds for societal activities in support of self-government, independent election monitoring, independent courts and independent media.  Democracy grows, however, from the base line, from the grass roots. If ordered from the top, it will fail!

Free countries have good reasons to keep a distance from authoritarian non democratic governments. Isolation is the product of the undemocratic practices of countries like Belarus under Lukashenko. Isolation is not the product of Western policies. Belarus is part of “Eastern Partnership”, promulgated in May 2009; however Lukashenko decided for himself, not to enter the road towards the European Union. The decline of the financial and economic development of Belarus is not the product of Western sanctions but the result of the unproductive doctrines that govern the economy and the finances of the country.

BD: It seems that the EU has tried many different strategies toward the country. Is there anything that hasn’t been tried yet? Why have the previous approaches failed?

WIECK: We are of the opinion that democratic transformation of Belarus was brought to a standstill in 1996 by way of brutal use of force. Freedom of expression and of assembly has been suspended and suppressed, but the desire for the values of open society is deeply rooted also in the mindset of citizens in Belarus, as I experienced during my four year long stay in the country. It is a question of time that this search and desire for freedom and democracy will prevail in Belarus. The day will come. 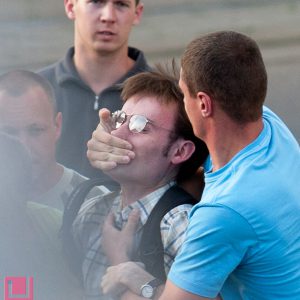 Yesterday Belarus security services detained over 100 participants of the "Revolution through Social Networks".  Authorities undertake unprecedented measures to prevent the actions relying on men in plain clothes and transporting detainees in vehicles without any license plates.  Many are severely beaten by the security service agents. The number of detainees and prisoners is clearly increasing. Respectively number of “silent protests” participants decreasing in comparison with previous weeks. The average person sentenced for ‘silent protests’ is a 22-24 year-old male.

In total, across the country for all silent protests around 2000 people (roughly half of them in Minsk) were detained, including around 80 journalists. Belarus authorities block access to social networking web sites and conduct preventive arrests and "preventative talks" with the activists of the action.Those who repeatedly take part in protests face tougher punishment. For example, Ruslan Ustimenko from Gomel is now spending 30 days of administrative arrest in solitary confinement for participating in several "silent actions".

Table 1. Brief statistics on the actions "Revolution through a social network" (according Human rights Center Viasna, BAJ  and independent media; there is no official statistics)

Belarus Digest prepared this overview on the basis of materials provided by Pact.