The German-Belarusian trade balance reached an all-time high in 2012. However, many German experts regret that it stays far below its full potential - primarily because of bad image of Belarus as well as unfavourable investment conditions. German institutions...

The German-Belarusian trade balance reached an all-time high in 2012. However, many German experts regret that it stays far below its full potential – primarily because of bad image of Belarus as well as unfavourable investment conditions. German institutions and companies doing business in Belarus risk to be blamed of cooperating with a rogue state. However, the Belarusian economy needs foreign capital and know-how to modernise.

Founded in 1994, the club acts to represent its 90 members’ interests in Belarus – among them companies like Bosch and Siemens. Dr Klaus Baier acts as chairman of the club which is member of the Consultative Council for Foreign Investment to the Belarusian Government – a fact that leads IMPULSE to the conclusion that the club must have influence on the decision-making process in Belarus.

German-Belarusian trade balance below its potential

The question of acceptability of doing business with a non-democratic state has been discussed in Germany shortly after the former chancellor Gerhard Schröder started working for Gazprom’s North-Stream pipeline. The ongoing debate illustrates the German struggle to find a coherent position in its foreign economic policy. A hesitating chancellor, Angela Merkel neither finds clear words nor distinct actions concerning the export of weapons or the treatment of undemocratic states at the doorstep of the European Union. 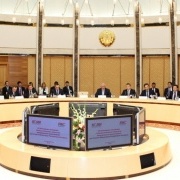 The German government along with all EU member states, after the crush down of the 2010 parliamentary elections, has contented itself with banning high ranking Belarusian officials from entering the EU. While high-level contacts on a political level remain frozen, the economic relations are still developing.

In 2012, the German-Belarusian bilateral trade found itself at a ten year high of $4.4 bln. The Belarusian ambassador to Berlin, Andrej Giro, underlines that the trade volume has quintupled to this record high during the last decade. However, the trade balance is relatively low for Germany, which is one of the leading export nations. As a comparison: The German trade balance with its most important partner, France, amounted to $161 bln.

Therefore, German experts point out that the potential of bilateral economic relations remains unexhausted. They underline that the image of the country plays an role for economic growths as it plays a crucial role in attracting foreign direct investment.

While most entrepreneurs think that taxation in Belarus remains arbitrary and that the state intervenes in individual tax decisions, some things have improved during the last years. After some reforms, the Belarusian  tax system is now more investor friendly: the corporation tax rate has decreased from 24 to 18%, more expenses have become tax-deducible and the state has created tax incentives growing economic branches like the IT branch. Moreover, the German businessmen named further positive aspects of Belarus as a country for investment according:

Obviously, good reasons to invest in Belarus exist and the German-Belarusian business community looks back to some success stories of German investments. In 2012, 360 enterprises had a German contribution of capital. Belarus especially tries strives to attract companies in those branches where Germany holds the position of market leader in order to profit from the expertise. Modernization of Belarusian enterprises and the gain of know how strengthen the competitiveness of Belarusian export products.

For this reason, the project launched by the German company Remondis is crucial for Belarus: it aims at establishing a cycle waste management system in Belarus. The successful implementation of this project would mean that the system of waste management in Belarus will be more efficient and eco-friendly. 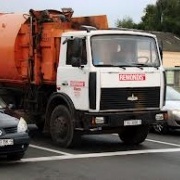 The Belarusian economy and society both urgently need similar projects in order to modernise the country and to ensure a good living standard in the country. However, as Daniel Krutzinna, managing director of the Department for Investment Eterinterest based in Minsk, Belarus has missed the chance to attract German investment in the sector of engine building and supply of automobile manufacturers in the past years.

Krutzinna points out, that investors avoid Belarus on account of the domineering role the Belarusian state plays in the economy. They prefer Russia where everybody knows that some industries – such as energy supply – belong to the state, while other industries stay unregulated by the state. The Belarusian state, however, sends no clear signals to potential investors, who consequently fear that the state might decide to interfere with their business.

Belarus, Krutzinna underlines, is suffering from its bad reputation, based on the above-mentioned reasons. Not only Krutzinna, but also the German ambassador to Belarus, Wolfram Maas, underlines that the image of Belarus plays a crucial role in its low attractiveness to German investors. He advises that Belarus should use the positive image of successful Belarusian sportsmen and women like Victoria Azarenka and Daria Domracheva to improve the country’s image.

Klaus Baier supports this: ”The bad image of the country harms the population and the investors.” As a representative of the interest of German companies in Belarus, he is therefore certainly right to point out that Belarus should work on its image In order to attract foreign direct investment.

However, apart from reforming the tax system and relying on attractive sportswomen as image makers, the Belarusian leadership should think about substantial reforms of its legal system and decision making process in order to attract investors and to capitalise on the country's strengths.

Setting Up an NGO in Belarus: Challenge Yourself

Earlier this month the Belarusian authorities refused to register yet another human rights organisation called For Just Elections (Za Spravedlivye Vybory). To put it mildly, the three reasons for the refusal are odd: none of them seemed to be based on Belarusian legislation.

In addition, on 8 May 2013, the Tell the Truth campaign headed by ex-candidate for presidency Vladimir Nekliaev applied for state registration as a public association for the third time. Two previous attempts ended in refusals. As the campaign’s activists commented before, “This year all the documents are prepared competently and thoroughly. If the registration body refuses registration, it will be a political decision”. The registration body again declined their registration.

In Belarus, the application procedure for the registration of a public association (the main type of NGO based on membership) remains among the most complicated throughout the post-Soviet region. Barriers to entry vary from high minimum membership requirements to long decision-making processes on registration. Further still, even the successful passing of all these ordeals does not guarantee one's registration.

The strict Belarusian rules on public associations have quite specific results. On the one hand, they encourage Belarusian public activists to comply with the legislation’s requirements with a maximum of attention and seriousness. On the other hand, the existence of many organisations acting without registration in Belarus highlights the noncompliance of Belarusian laws with the basic principle of  freedom of association.

Unlawful refusals to Tell The Truth and For Just Elections are no news for Belarus. In 2012, the Ministry of Justice registered 12 new international and republican public associations, while 19 associations of the same type received refusals.

The NGOs unwanted by the Belarusian government can find other ways to operate in Belarus. For instance, instead of registering a public association, activists can set up an institution — another organisational form for NGOs. It does not allow broad membership, but its registration procedure is much simpler. However, the state authorities can liquidate institutions easily as well.

Belarusian NGOs increasingly recourse to registration abroad. The Belarusian Institute For Strategic Studies, Assembly of NGOs, Centre For Transition Studies, and Palityčnaja Sfiera are just a few examples of NGOs operating in Belarus, but set up in other countries.

A brief outline of classification of Belarusian NGOs abroad offered by Belarusian lawyer Yury Chavusau is of particular interest here. Among others he singles out:

Those who venture to get registered as a Belarusian public association should remember that barriers arise at almost every stage of the process.

Four Challenges of the Registration Procedure

Besides being ready to apply repeatedly for registration, setting up a public association also requires considerable resources: people, finances, expertise and time.

People. The wish to carry out activities across the whole territory of Belarus can make finding human resources a hard task. The founders will need at least 50 Belarusian nationals.  The minimum number of founders for a local public association is ten people, but all of them must be permanently living in the respective territory. Legal entities cannot be founders of public associations.

Money. After finding the people, the restless activists have to think about money. State registration of local public associations and foundations costs the same as for commercial organisations.  A national or international association or foundation, however, is required to pay twice the fee of the national commercial entity (approximately $124). Additional expenses include fees for registration and for securing a legal address. The address cannot be the flat or house of its founder or anyone else. As a rule, initiative groups have to rent an office or part of one – which rarely costs less than $40 per month.

Expertise. The pre-registration stage arrives: preparation of more than a dozen of documents in accordance with numerous mandatory requirements, including using the font and the right size of margins. Registration authorities do not advise on the documents’ correctness. As a result, if they subsequently find any faults (however minor) in your documents – they will use them to justify their refusal to register an organization. Moreover, after all reported faults are eliminated and the same set documents is submitted, registration body can refuse again – on different grounds.

Still some valuable assistance in drafting the documents for registration comes from other Belarusian non-governmental organisations such as Lawtrend. Those unaware of Lawtrend’s services will either bear additional expenses for legal advisor, or should reconcile with the idea that this application round is not the last for them.

Registration By Any Means

In 2005, the notorious Article 193-1 became a part of the Criminal Code of Belarus. According to it, participation in activities of unregistered public association results in a fine, or arrest for up to six months, or a prison term of up to two years. The same rule applies to other types of NGOs.

So far Belarusian courts have used Article 193-1 for verdicts against 18 activists. State authorities often notify the civil society activists of the possibility of the Article’s application, using it as a threat. Only during April 2013 Belarusian state authorities notified three civil society activists of the possibility to qualify their operation as falling within Article 193-1’s scope.

Strikingly, with all these troubles Belarusian public associations still get registered and operate: as of 1 January 2013 their number all over the country reached 2,477. Links to the state explain why many organisations manage to get registered. Others managed to register because of the strong motivation and determination of its founders – the leaders of Belarusian civil society.